Between Mummies and Motherhood

Digging into the past to understand the roots of humanity as a visiting instructor of anthropology and a SUNY PRODiG fellow is just part of her story. She’s here to spark the confidence of other women to discover and pursue their passion in the STEM fields, and she’ll do that through lived experience.

For many mothers who are also considering a route to higher education, a single hopeful interaction with someone who has been there can make all the difference. Allen knows this. A mother of two young boys, she and her family have moved four times in three years. She defended her National Science Foundation-funded dissertation while seven months pregnant. Allen recalls, with a hint of nausea, flying to Chapel Hill, N.C., for a week of lab work with ancient dental enamel, barely able to keep anything down. She was in Croatia collecting data for her dissertation during her second trimester. And in her third, she presented at two different conferences.

She was, during this time, exhausted and stretched to her limit.

“You need a whole community of people who support and encourage you to keep at it and keep working,” Allen tells us during an interview on the SUNY Potsdam campus. “The ultimate goal is to find and do something that makes you truly happy.” 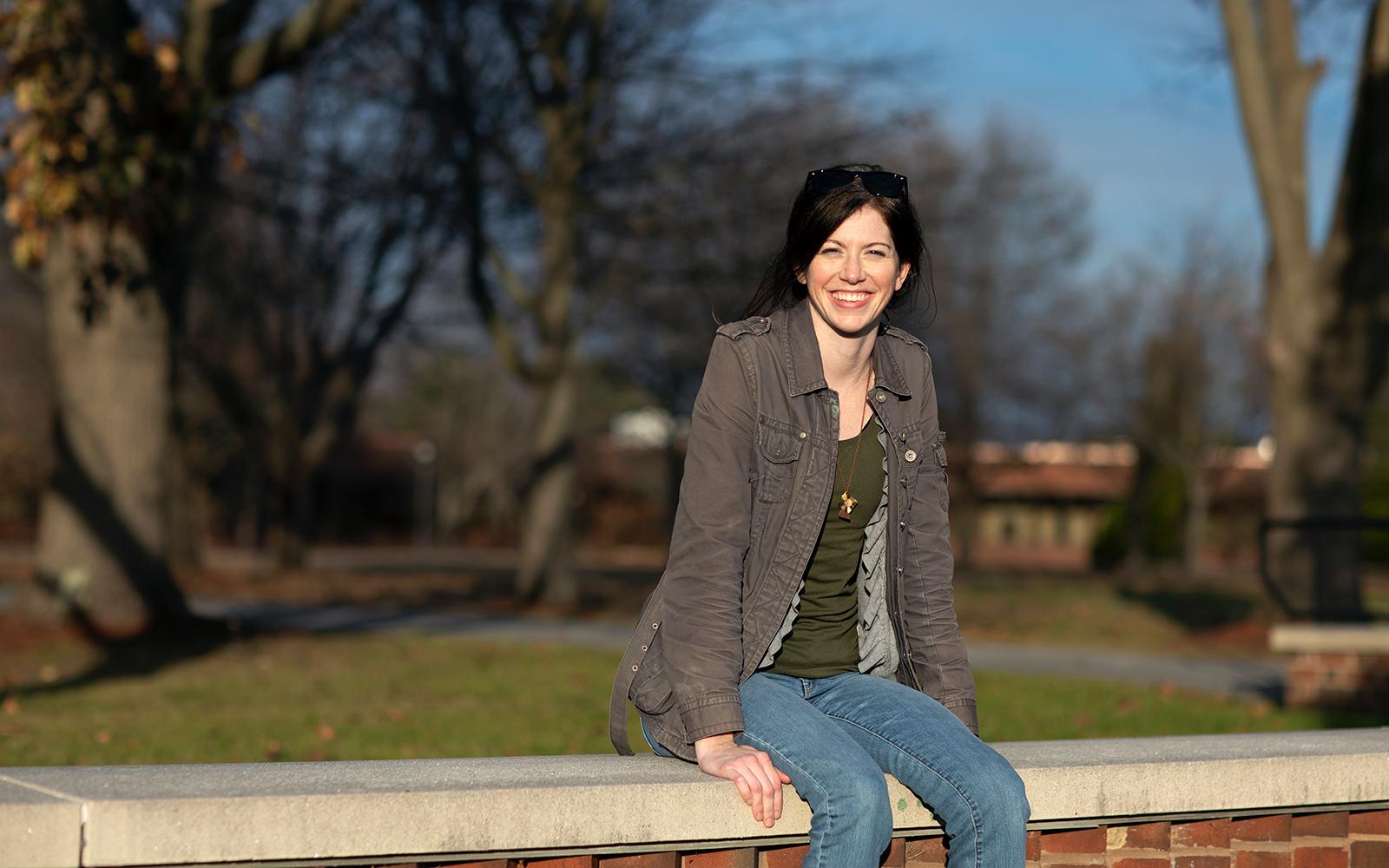 As she made her way toward her 2017 Ph.D. in anthropology from the University at Buffalo, Allen found and talked to other professionals about how they were juggling career ambitions with family. She felt at times that it was not a given she would be able to attain her own goals.

Yet here she is—and under the new SUNY PRODiG Fellowship designed to increase campus diversity, SUNY Potsdam has her for two years. Allen feels fortunate to be positioned within a field that does not have a single aspect she can’t love. The three courses she is teaching at the College are Introduction to Anthropology, Applied Anthropology, and Humans, Disease and Death. Her background spans a wide spectrum, from human origins to forensic anthropology and mummies, a depth reflected in her numerous journal publications.

“The whole discipline is fascinating,” she says. “Human cultures, archaeology, endangered languages, divergence and evolution of the human species. The entire field is about figuring out what it means to be human.”

Allen’s main research has taken her into the museums of southeastern Europe, where she analyzed human remains and tried to settle an old question of whether the Muslims of the Ottoman period in 1500 and 1600 converted to Islam from within or migrated into the region. Using strontium isotope analysis of dental enamel and skeletal characteristics that pointed to genetic relationships, she concluded that both versions of history are partly true. 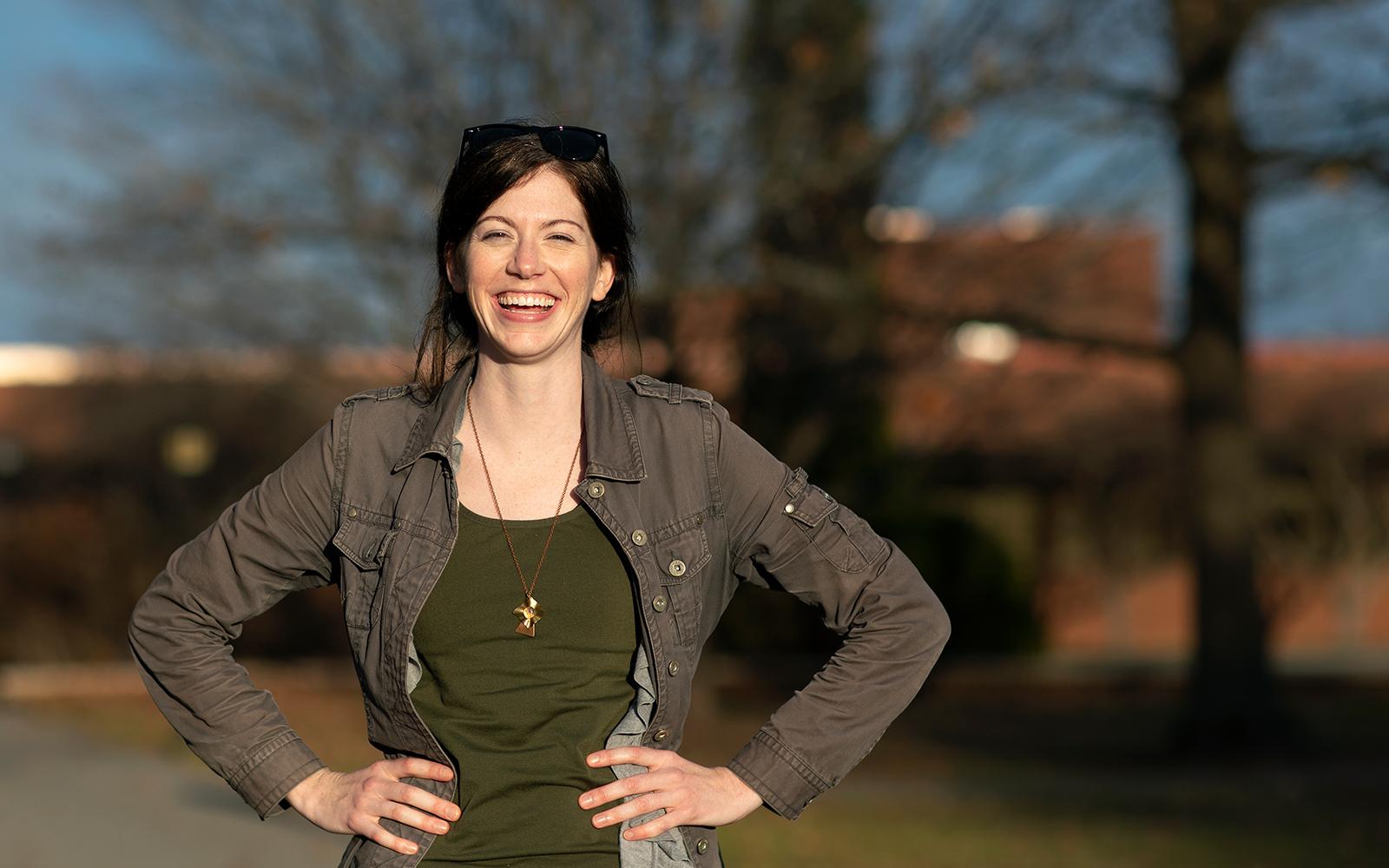 It’s the kind of detective work that makes the fields of bioarchaeology and forensic anthropology appealing to a growing number of students made familiar with popularized versions of this work through shows like “CSI: Crime Scene Investigation” and “Bones.” In that vein, Allen, originally from Rochester, also consults for the Erie County Medical Examiner in Buffalo, N.Y., where her work puts her in contact with criminal casework she is not able to discuss in specific terms. In her Humans, Disease and Death class, students are working through an exercise to identify remains from a mass disaster simulation. These real-world scenarios strike a particular chord.

“People are curious about death, and what it meant in the past and today,” Allen says. “The identification of the dead is something that is valued across cultures.”

Staying with these themes, Allen is waiting for funding and a lucky piece or two to fall into place so she can study the female and child mummies of Greenland’s Indigenous Thule people, a hunting culture steeped in mystery and caught in climate change a half-millennium ago. A colleague on the project has convinced a local hospital to allow the use of its CT scanner on the mummies in a non-destructive examination that could yield a bounty of data.

“We don’t know why they died and why they are all buried together,” Allen says. “These women are very important to Indigenous Greenland’s sense of identity and I think it is important that I am working closely with local archaeologists and the Indigenous community on this.”

Allen’s other goal, besides connecting the people of Greenland to their Indigenous history, is to video blog about the project so her students in Potsdam can follow remotely. The work and travel involved would also comprise a dream study abroad course, if that aspect could be brought to pass one day.

For the moment, Allen will continue to pour into all of her students a sense of enthusiasm seasoned with life smarts. If just one woman is inspired to follow her steps, she’ll count herself lucky. She and her family have settled into Canton. They’re hoping not to go anywhere else very soon.

“I’d love to hang out for a while,” Allen says. “With PRODiG, I’m here at least two years, which is really great.”