The Curious Cases of Nasser Malit

The phone can ring at any time, on the other end a police investigator requesting help — new evidence in his possession — ready to make the drive across the North Country in search of answers. And Dr. Nasser Malit may find himself rolling in his fingers a new bone, a fragment of skull still fresh with the elements, and begin sorting clues. 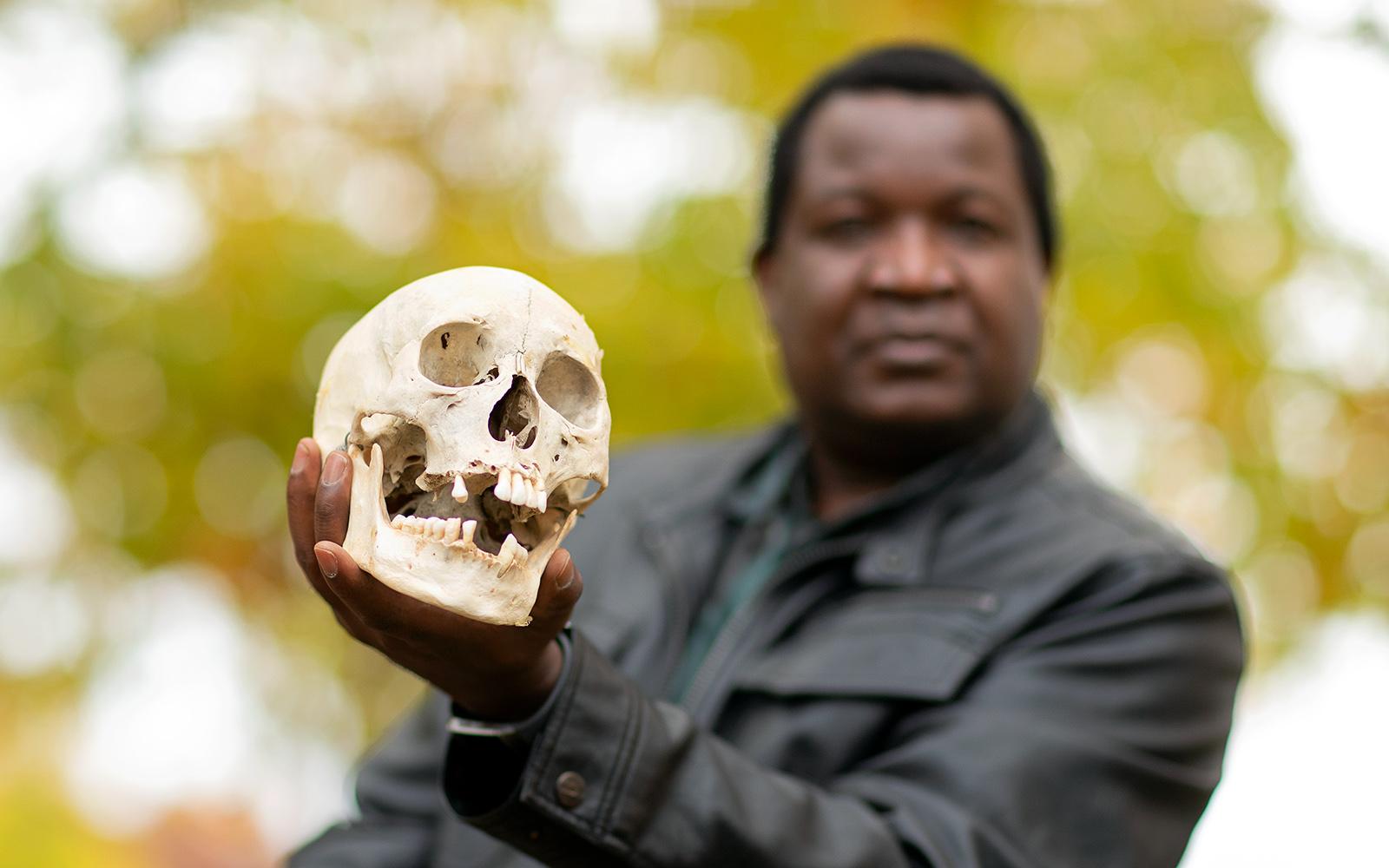 This happened back in April, as COVID-19 lockdowns rolled across the globe. Investigators called ahead as a courtesy, then stopped by. They had located a cranial fragment that Malit, an associate professor of biological anthropology at SUNY Potsdam, was able to identify as belonging to a person age 6-12. It fit the range for a notorious cold case that turns 50 next year — the disappearance of eight-year-old hiker Douglas Legg from the Santanoni Preserve near Newcomb, N.Y. —  a mystery whose shadow has never quite lifted from the southern Adirondacks. It seemed at first there could be a connection between the lost boy and the skull fragment, but police this week said that further investigation has ruled that out.

St. Lawrence County is hardly known for violent crime; it had just five murders from 2014-18, according to state Division of Criminal Justice Services data. Still, Malit has been inside of scenes pulled from the pages of a drugstore novel. He has been on hand as searchers with a forensic unit combed a North Country lake bottom in search of a body, and helped them make sense of the work. As part of his day-long vigil, he gave impromptu osteology lessons to divers, coaching them on what to look for and how bone fragments might appear to the eye after time spent submerged in water and mud. He examined object after dripping object brought to him from the lake bottom. In the end, nothing of any importance was revealed.

The professor is close enough to the work that he can hear the hollowness of dead ends, and if he were to take them personally, he might be eaten away by questions they leave behind. But Malit retains a scientific focus. Rather than becoming host to the uneasy phantoms of questions that may never be answered, he intentionally takes a limited view of his own importance, sending up to investigators a single piece of the puzzle — a report of observations that might be incomplete but of enormous value — then laying the clues aside. 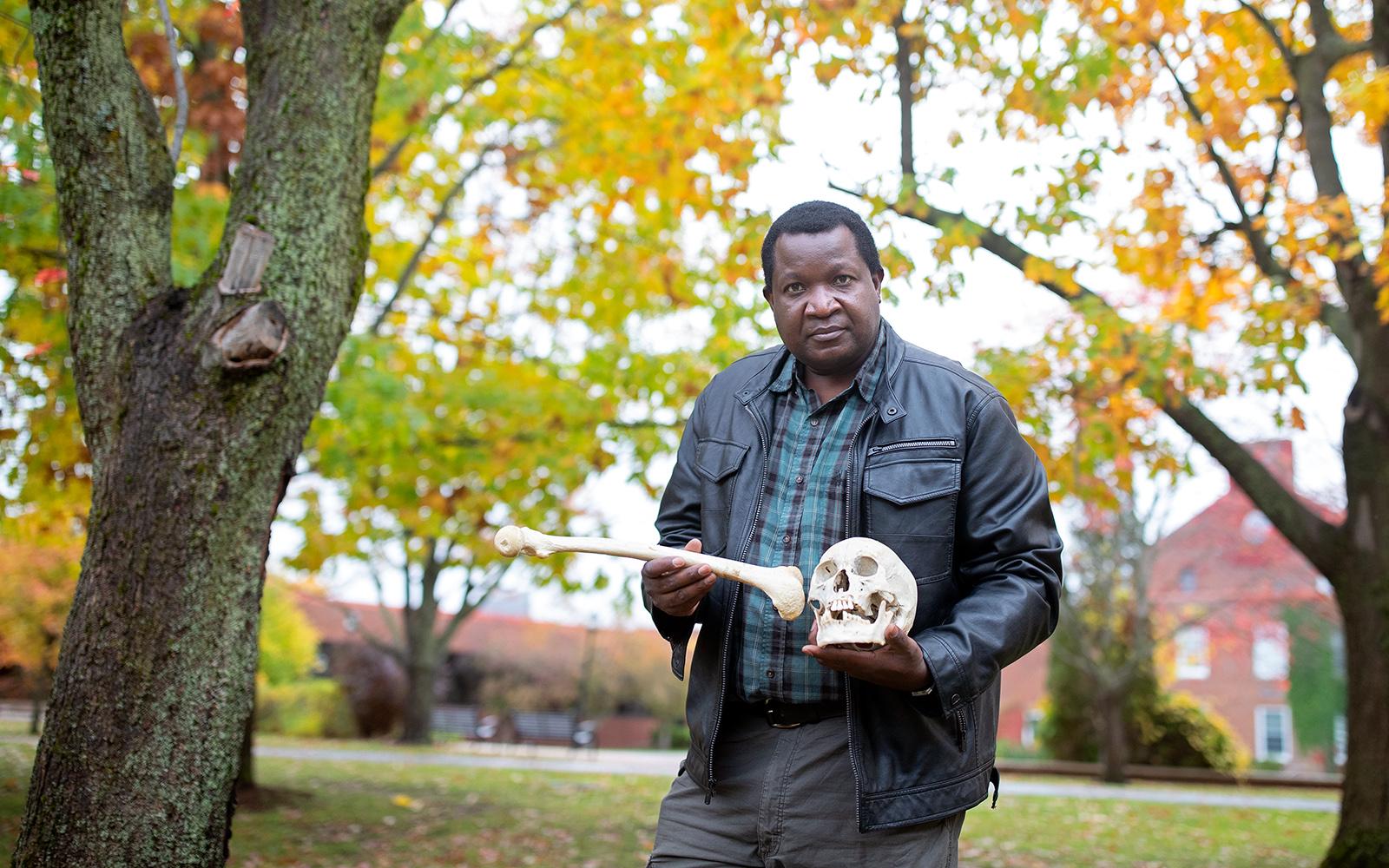 Malit has volunteered his time with the New York State Police Forensic Investigation Unit out of Ray Brook, N.Y., since 2011. In the role of a forensic anthropologist, he narrows and focuses the almost endless possibilities surrounding a skeleton or a shard of calcium, helping to limit the potentially sprawling horizon of an investigation. Or making findings that will determine if an investigation goes forward at all.

Malit’s early research prepared him for this work, taking him deep into the Great Rift Valley in Kenya. In 2004, he excavated a 7,000-year-old human skeleton in partnership with the famed paleoanthropologists in the Leakey family. The discovery made up the basis of much of his research today. The finding had its own unexplained twist — a group of elephants had clustered around the skeleton in some strange gesture that could be construed as sympathy or respect, pointing the way to its location in a dry riverbed and also to something wordless that draws people to the profession.

Nasser, left, with Meave Leakey at the Koobi Fora site in Kenya.

Nasser works with the Samburu human fossil, summer of 2004.

The interests of this bone hunter range from the evolution of homo erectus to the biology of modern skeletal populations, paleoenvironments and human diseases. When investigators knock on his door, Malit is able to draw from a background in paleoanthropology, human skeletal biology and the archaeology of death. The knowledge is rooted in an undergraduate degree from the University of Nairobi, Kenya, and a Ph.D. from Binghamton University in 2009. With the aid of SUNY Potsdam students, Malit specializes in comparing teeth from populations across Africa and elsewhere in an attempt to understand the origins of modern humans, their dispersal and behavioral ecology.

Drawing upon this foundation in bone study, Malit is able to answer a key set of questions posed by investigators. The first is always the same: Is this object from a human? Most often, the answer is no. Animal bones, mistakenly identified as belonging to a homo sapien, make up the vast majority of his would-be forensic cases, only to be discarded. If the bone is human, other questions follow: the race of the individual, the sex, age at the time of death, physical characteristics, and whether any pathology is associated with the specimen. Finally, Malit’s examination addresses the unthinkable: gunshot wounds, traces of blunt force trauma and any other indication of an unnatural end.

Colleagues at other colleges charge a fee for this kind of work — but Malit’s services have always been free. As a result, he spends a lot of his weekend time in the lab, doing research and writing reports and recommendations to be turned over to investigators.

“The New York State Police are very appreciative of the relationship with Dr. Malit,” said Kurt Taylor, a captain with the Bureau of Criminal Investigations for Troop B. “He is always willing to offer his assistance, and his opinions are highly valued and respected.”

Malit’s work navigates a shadow world and dips into the bizarre. Sometimes, the end product is only a story that flavors a classroom discussion. Like the tale of the seven human skulls located in a shuttered North Country taxidermy shop, each gaudily decorated with glass eyeballs, fake ponytails and even headphones — touches of an unknown artist whose motives could only be guessed at. Malit was called into the investigation, and helped to narrow the likely source of the skulls to a medical school. The motive for their macabre decoration remained murky.

Then there is the story of the bones and partial skulls that showed up in fill material dug from a quarry site in Louisville, N.Y. After the construction contractor reported the findings, Malit and investigators studied the remains and found them to be more than half a century old. The same bones are now used in student research on the SUNY Potsdam campus.

“The answer to the investigation was that this was an old family cemetery site, and no foul play was involved,” Malit recalled. But foul play was definitely involved in a backyard gravesite south of Massena a few years later, as Malit helped with a search of the site and attended the excavation of a murder victim.

The handling of the evidence must follow strict rules surrounding chain of custody. Malit’s lab on campus has a small forensic storage facility where evidence is kept, accessible only to himself and the police. Once the specimens are released from investigation or found to be no longer important, Malit and his students are able to use some of them in their research and study.

For a generation raised on shows like “CSI: Crime Scene Investigation,” the study is steeped in intrigue. Many of the students in his forensic anthropology course are majors in sociology and criminal justice studies, a SUNY Potsdam department that also is home to the Law Enforcement Training Institute — one of a dozen programs in the state where students can complete more than 90 percent of the training needed to become a law enforcement officer. Malit believes the College’s plans for more rigorous offerings in forensics could help graduates of the institute in their aspirations to solve crimes.

“The material is fascinating to students,” Malit said. “When they learn we have a forensic anthropology class, they want to attend.” 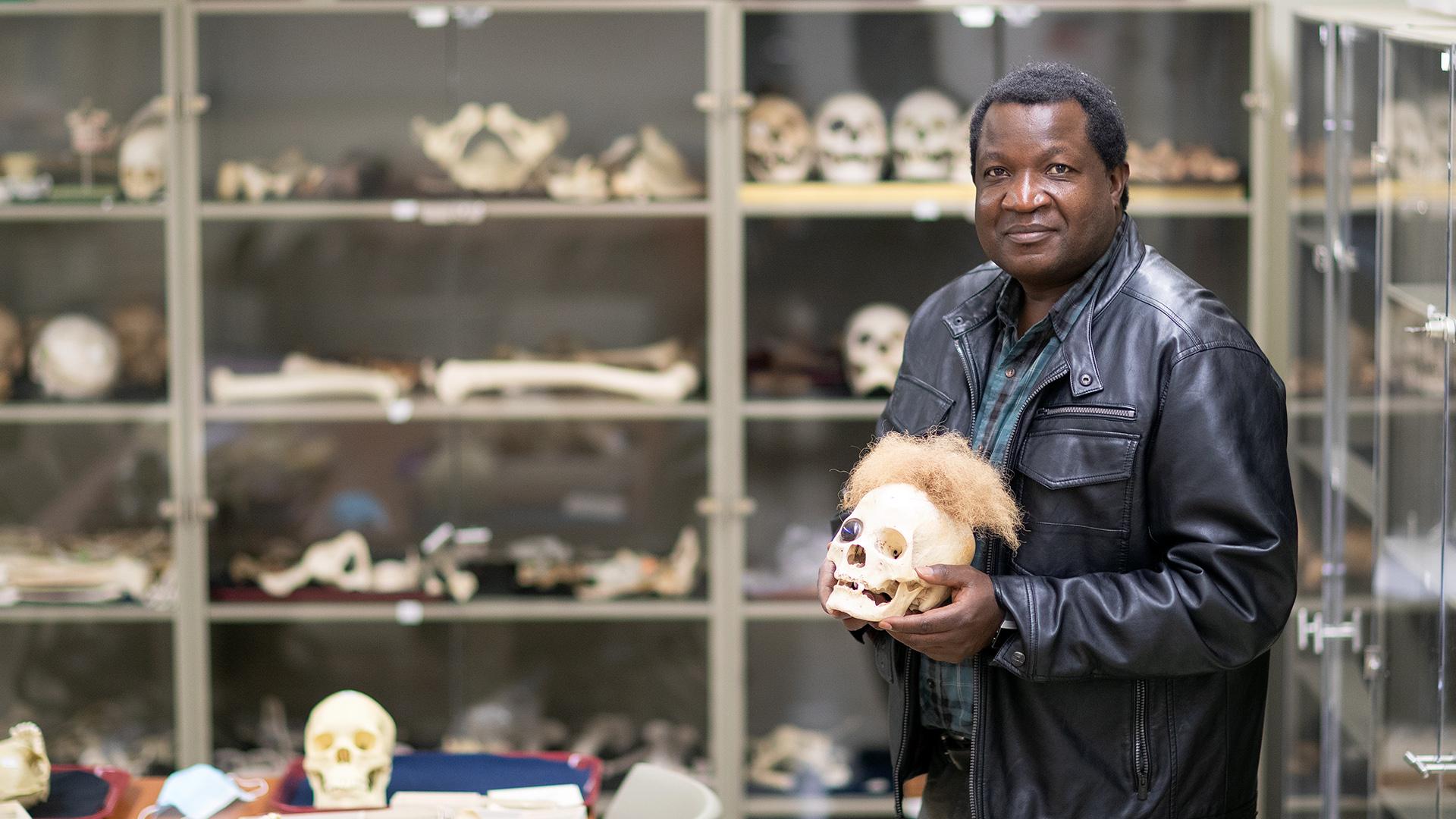 This interest is not lost on the Department of Anthropology, which is working to establish a new minor in forensic anthropology. The program will offer training in osteology — the in-depth study of the skeleton and its structure — allowing students to more fully benefit from forensic study and positioning bachelor’s degree holders for jobs in arenas like cultural resource management.

“Starting with a minor is very important because that is opening a niche,” Malit said. “If it grows, we can create a major in the future.”

The anthropology department recently hired new visiting instructor Kathryn Allen, a recipient of the two-year SUNY PRODiG Fellowship. She has been brought on board for her expertise in forensic and applied anthropology. Allen will be teaching a course on mummies in the spring and will hopefully energize more women to enter STEM fields, said Department Chair Hadley Kruczek-Aaron.

The new forensics minor could be approved by the end of the academic year, she estimated.

“This is an area of growth for us,” Kruczek-Aaron said. “We think this is something 18-year-olds know. They’ve watched ‘Bones’ and ‘CSI.’ They see that this is a tangible career path. And we are lucky to have faculty members who have the experience to help students follow this path.”

Malit’s students are already off on their own searches for clues, with recovered bones as the basis of research papers presented at regional conferences and awards won at the SUNY Potsdam Learning and Research Fair. Building on this applied learning — a particular focus at SUNY Potsdam — Malit hopes he can give the next generation the tools and encouragement to follow the bones. And discover their stories for themselves.