Hammering Out the Past

For as long as she can remember, Megan Heins '20 has always been passionate about rocks and dinosaurs. After watching movies like “Jurassic Park” as a child, she was inspired to learn more about the ancient reptiles, and in turn, the field of geology.

“I would spend hours in our backyard digging for rocks, pretending to be a paleontologist. Being able to explore it on my own, with my parents’ encouragement, really allowed me to further my love for the discipline,” Heins said. “As I got older, I started to become more vocal about the importance of science, especially when it comes to climate change, and my passion has only continued to grow.”

In high school, she started to look for the right college to help her pursue a career in geology, and SUNY Potsdam became the obvious choice.

“After attending an open house, I fell in love with the campus and the department, and the rest is history,” she said. “When I wasn’t in class or participating in clubs, a majority of my free time was spent within the department. It was easy to be involved, and the professors and staff were incredibly welcoming.  Because the department is on the smaller side, you get the opportunity to become closer with the faculty and other students.”

From analyzing rocks within the walls of the geology lab, to visiting rocky outcrops around Northern New York, Heins continued to refine her field techniques. During her junior year, she traveled to Central Pennsylvania with Dr. Mike Rygel and Dr. Page Quinton to conduct research at the Ordovician Union Furnace Formation.

With her rock hammer in hand, Heins broke apart five-kilogram blocks of limestone, each strike creating smaller fragments of rock to later be analyzed under a microscope—each piece of rock revealing stories from the past. “My undergraduate research focused on identifying and refining the sedimentology and sequence stratigraphy.  We were able to investigate how the changes in sea level and carbon isotopes may have been connected to the evolution of land plants,” she said. 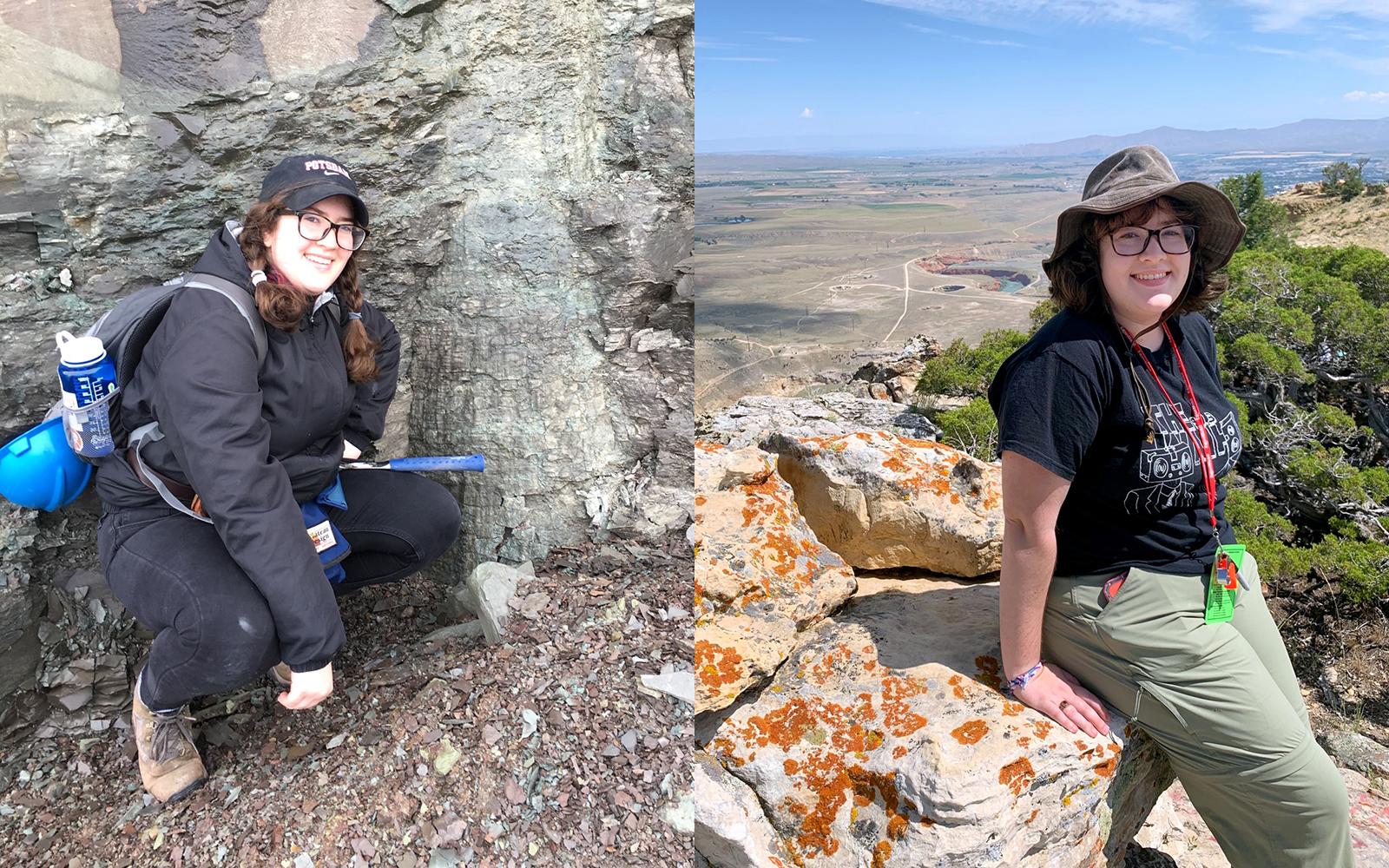 “I really loved my time at SUNY Potsdam, and look back on it fondly.  The geology department was very close-knit, and practically became a second home for me.” -Megan Heins '20

The fieldwork eventually led her to co-author a published paper with Drs. Rygel and Quinton, which was published in the July 2021 issue of  Palaeogeography, Palaeoclimatology, Palaeoecology. “It was really exciting to watch as my undergraduate research turned into this project, and I’m incredibly thankful to Dr. Quinton and Dr. Rygel for the opportunity to be a co-writer,” she said. “They are both so encouraging and allow you to be directly involved in every process of the research. I’ve been able to have hands-on experience within my areas of interest, and I really do think that has made all the difference.”

After graduating in 2020, Heins enrolled in a master’s degree program in geology at the University of Nebraska-Lincoln where she is working on a project to explore what she calls the “dark ages” of diatoms, a group of algae that flourishes in both freshwater and saltwater around the world. “Little is known about the taxonomy and ecology of diatoms during the Mid-Cretaceous period in the Arctic.  The goal of my thesis project is to identify a baseline for the abundances and taxonomy of these Mid-Cretaceous Arctic diatoms, which can then be used for paleoecological and climatic work,” she said.

She will be graduating with her master’s degree in the spring of 2022, with plans to then pursue a Ph.D. in the field of micropaleontology. “I would love to become a professor at an institution that allows me to pursue my love for the discipline while encouraging the younger generations to pursue their passions as well,” Heins said. “I hope that my future career path will be one where I can inspire others to love science as much as I do.”