Rachael Savoie ’21 is digging back 300 million years in search of answers. For this geology student, there may be no richer layer—or more exciting period—than the Carboniferous. And the Joggins Formation in Novia Scotia is one of the most important geologic features in the Northeast, so it’s just the place to study it all. Using cutting-edge technology in SUNY Potsdam geology labs, Savoie is analyzing the rich shale and limestone of Joggins to better understand the paleo-environments encased there, and how they formed.

“I have been intrigued by fossils and rocks since I was old enough to know what they were. And after my second geology course, historical geology, I was hooked,” Savoie said. “Dr. Page Quinton was a huge factor in me declaring my major. Her passion for geology and paleontology really resonated with me, and the more I learned, the more I became excited to know more and more. It’s truly extraordinary that so much can be determined about the history of the earth just from the rocks and formations from different eras.”

The Carboniferous was a humid and intense time. Ferns and horsetails lurched to life and grew to the size of trees. The swampy air was thick with oxygen, the forests so dense they formed vast coal deposits. This period in the late Paleozoic Era was also a geologically active one that saw continents collide, mountains form, climates change, a fluctuation in sea levels and the emergence of reptiles and new amphibians.

Joggins, exposed in long, tantalizing cliffs, is studded with remnants of this past life and holds secrets within the fossilized bones of fish, shells of clams and other mollusks. They carry clues to important questions. Among them: Did seawater intrude into the area, and if so, what were its impacts on the environment? Savoie believes detective work on the fossils themselves can reveal important insights. 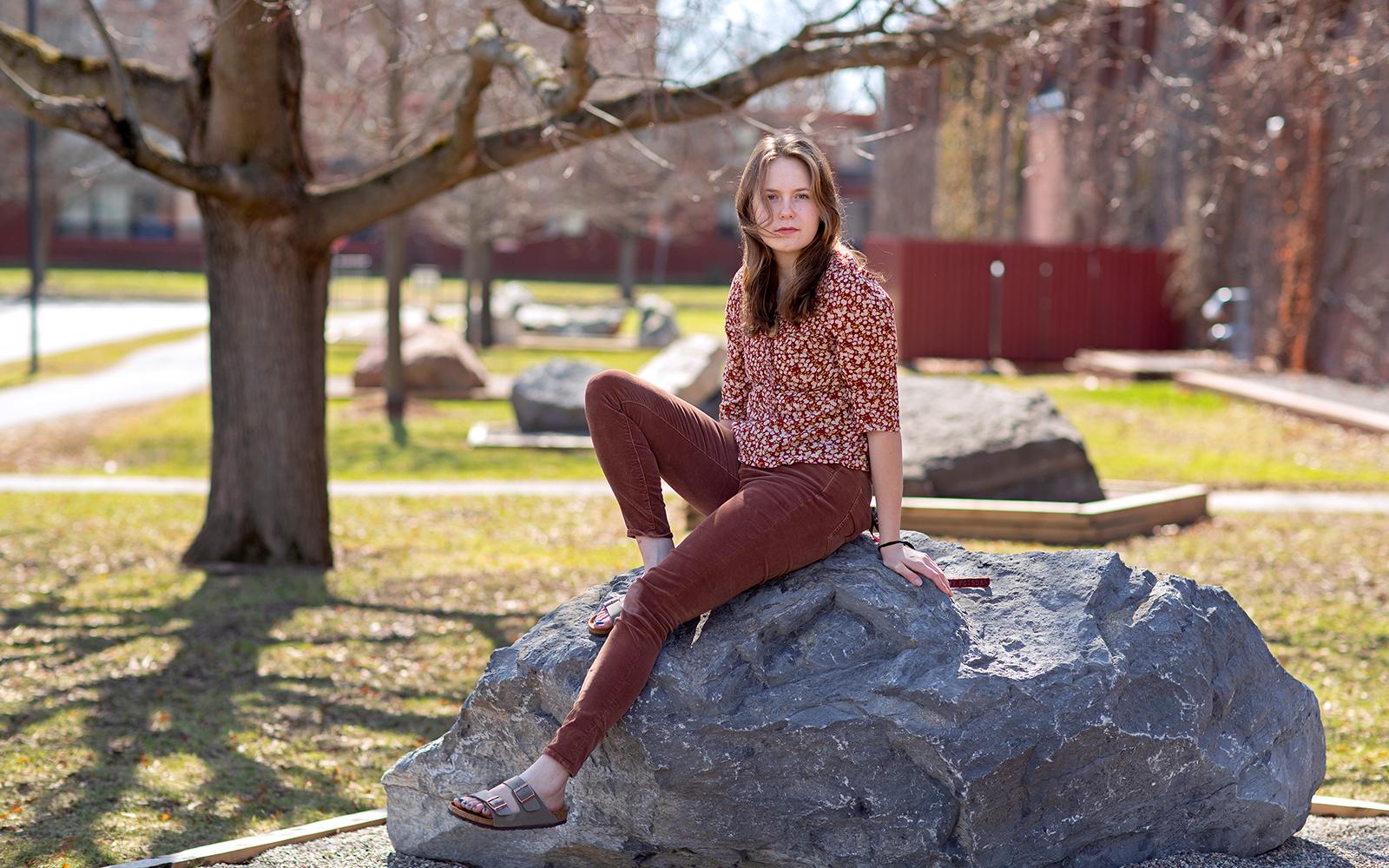 Her three-year project put her in touch with geochemistry equipment in the SUNY Potsdam labs, but the work also had echoes of a do-it-yourself chemistry project. She spent several semesters dissolving and disaggregating Joggins shale and limestone using mixes of acid, kerosene and dry soap, then sifting and picking out the tiny fossils and using a microscope to identify them.

“My project began with breaking down the samples by disaggregating them and then concentrating the microfossils they contain,” Savoie explained. “Then I picked out the microfossils, identifying ostracods, fish teeth, scales, bones, and gastropods. The final components of the research are to analyze oxygen isotopic ratios in the fossils to determine seawater influence and then to present my findings.” 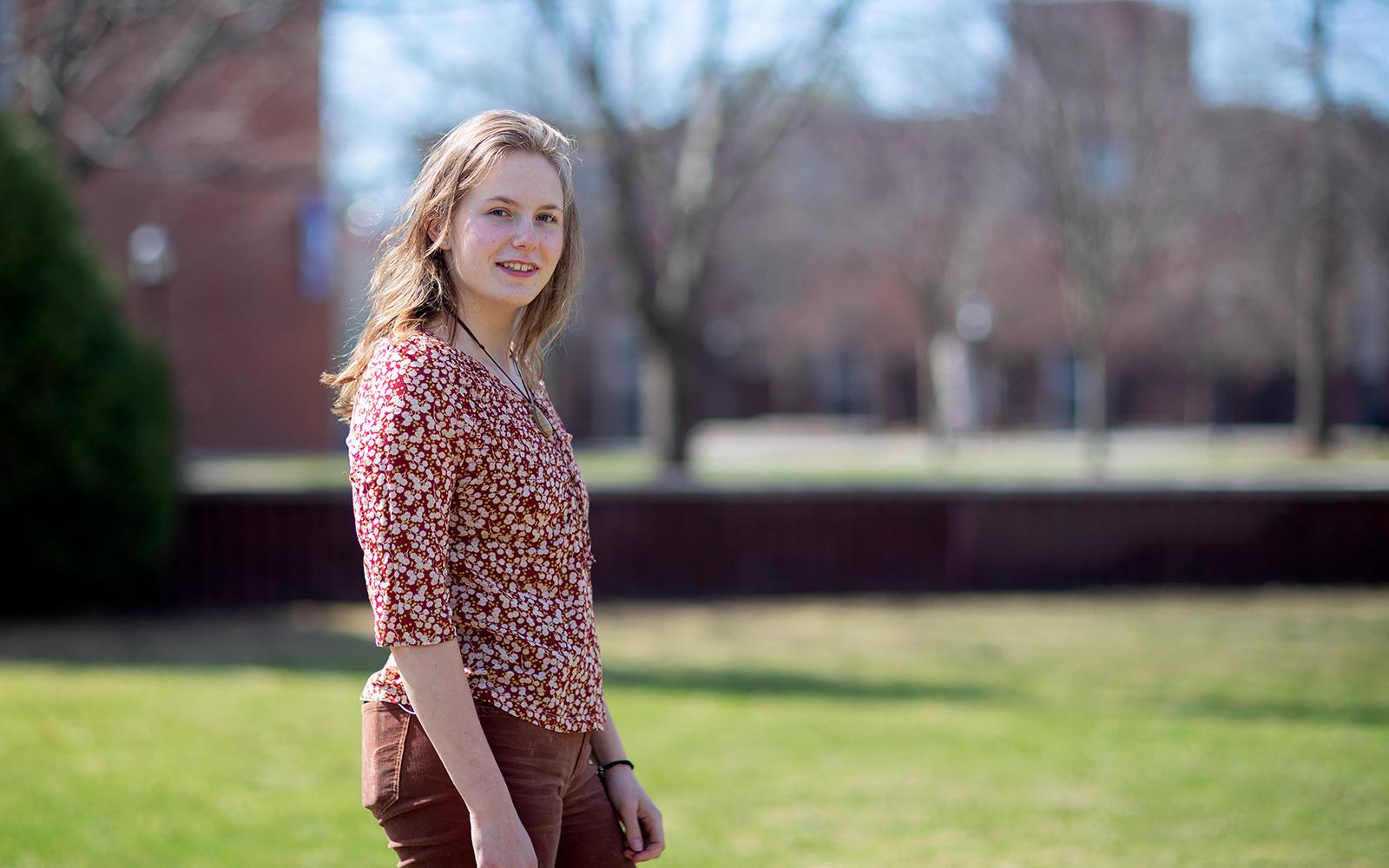 Savoie’s scholarship has earned her, among a half dozen awards and other recognitions, the Eric Hutchinson Budding Geologist Award, a Frederick B. Kilmer Research Award and a graduate school master’s fellowship at the University of Missouri. In fall 2021, she will pursue graduate studies in paleontology and geochemistry at MU. The questions about life 300 million years ago will travel with her and the study of the isotopic concentrations within the fossils of Joggins will become a graduate school project.

“I’m a hands-on learner and being able to do almost every step of the project myself has been very rewarding,” Savoie said. “I was already engaged in my paleontology, sedimentology and climate change courses, but this project has allowed me to apply my knowledge to a real-life scenario.”