As a preamble for her education and career, Sara Behuniak ’14 found herself playing the role of a lead defense attorney in high school. A reading of Truman Capote’s “In Cold Blood” set the stage for a mock courtroom trial as Behuniak and her classmates brought the pages of Capote’s non-fiction masterpiece to life—and in doing so, she found her true calling.

“I loved it. It took that one class before I was hooked and I knew I wanted to be a lawyer,” Behuniak recalled. 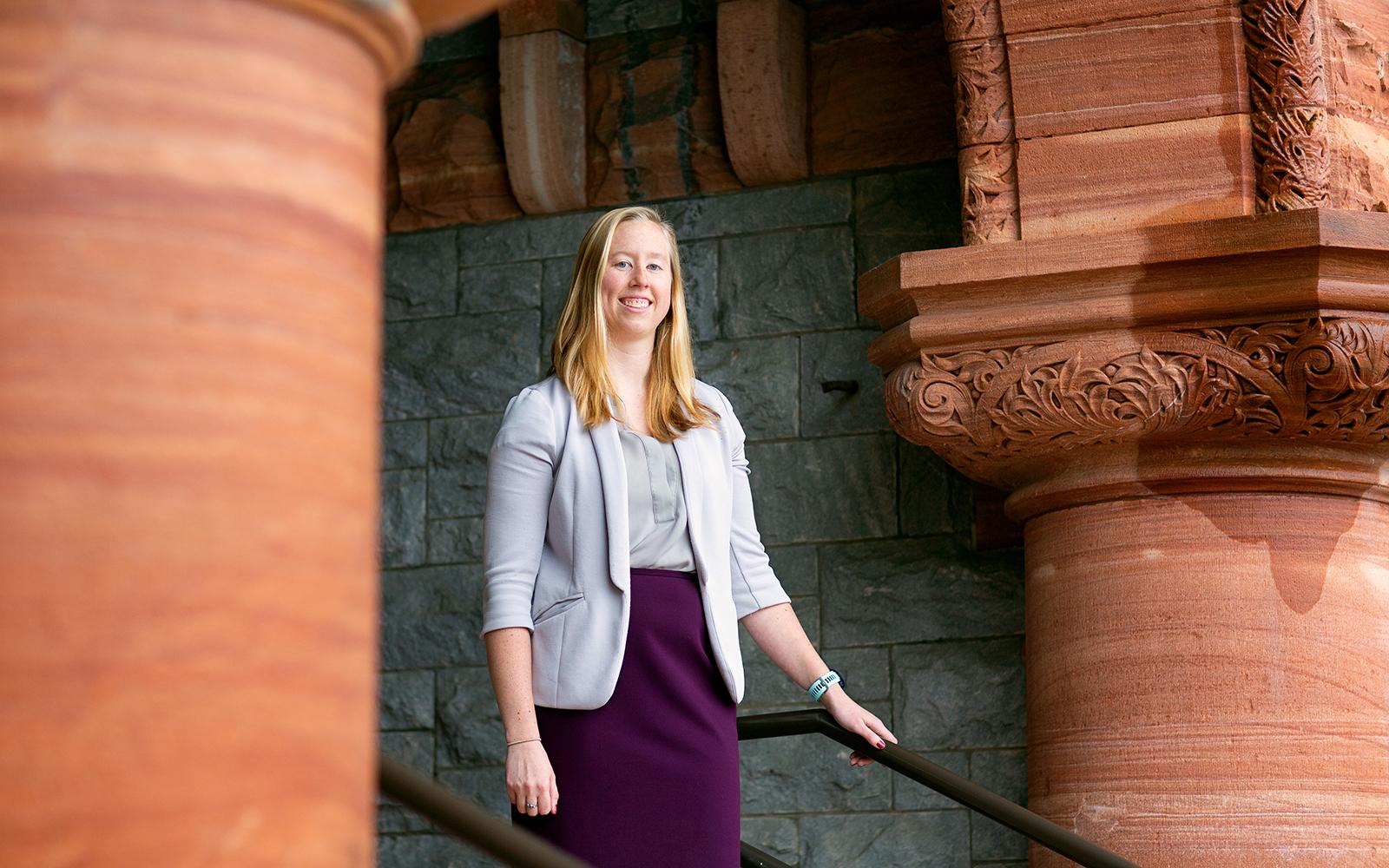 With a political science degree from SUNY Potsdam, and a law degree from Western New England School of Law, Behuniak landed a job as an assistant conflict defender for the St. Lawrence County Conflict Defender’s Office where she oversees cases ranging from harassment and grand larceny, to an attempted murder. “I represent clients who can’t afford an attorney, let alone the penalties of the crimes they are charged with,” she said.

Her days are hectic, especially now during the pandemic with courts operating both online and in person. She balances appointments with clients, reviews discovery, and makes court appearances—a fifty-fifty split between criminal and family court cases. “I don’t like sitting at a desk all day, and with the job I have now, and when I interned, you’re constantly in court, or constantly answering emails or phone calls or talking to clients. You think one fire is put out, and another one comes up,” she said.

Back in high school—despite her new-found love for the law through the “In Cold Blood” mock trial, and constantly revisiting her favorite law film “Legally Blond”—a conversation with her parents had her second guessing the financial burden of law school. She decided instead to pursue a degree in environmental studies at SUNY Potsdam. But the idea of becoming a lawyer was ever present, and she declared minors in politics and pre-law that continued to pull her in that direction—leading her to switch to a political science major her senior year. “This ended up not being difficult to do and still graduate on time, as I had taken far more than the necessary credits required for the minor,” she recalled. From pre-law classes with Professor Tim Gordinier, to politics classes with Dr. Robert Hinckley and Dr. Michael Popovic, she continued to lay the groundwork for law school. 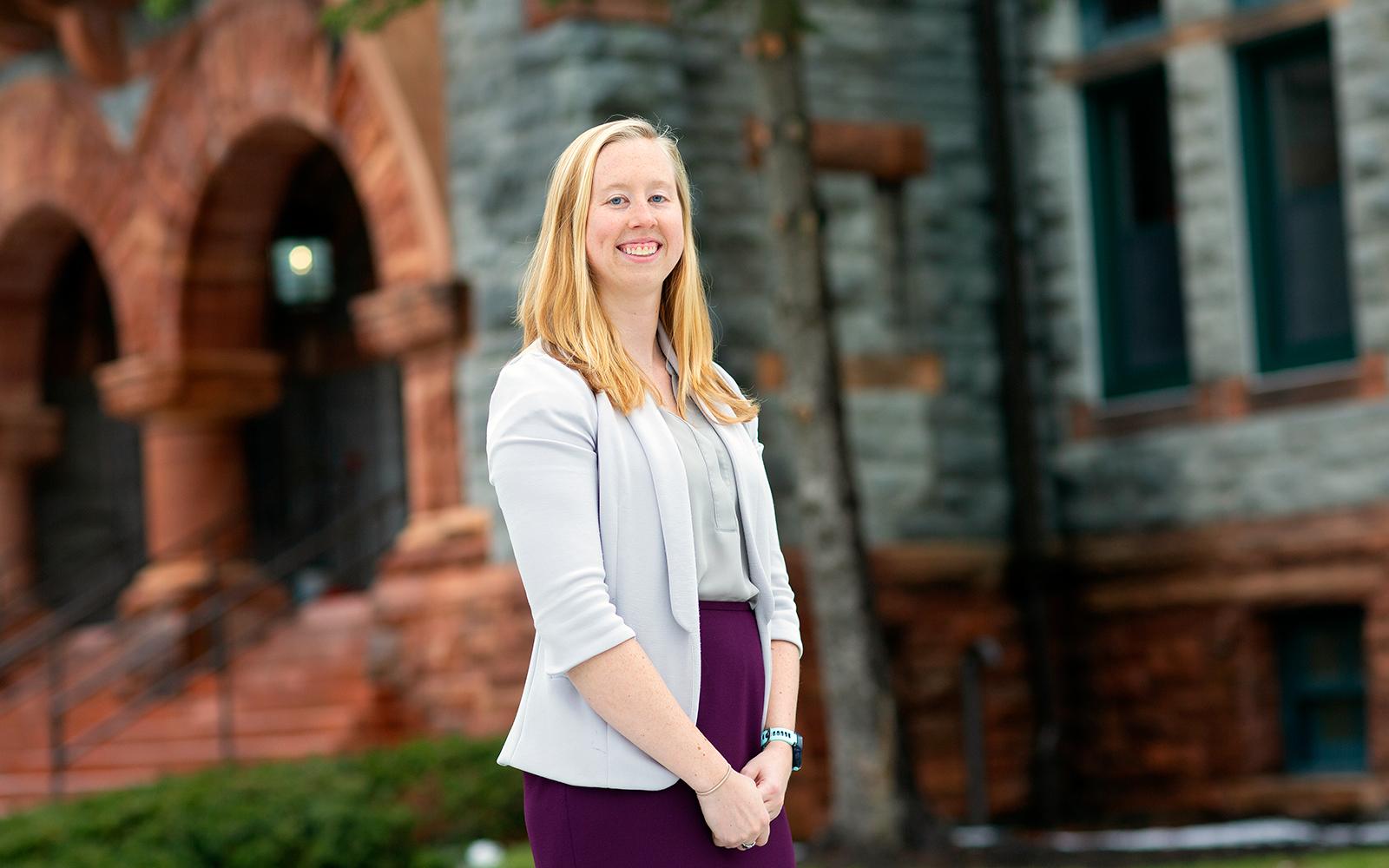 “The professors that make up the department not only want you to succeed, but genuinely want you to grow your interest in politics,” she said. 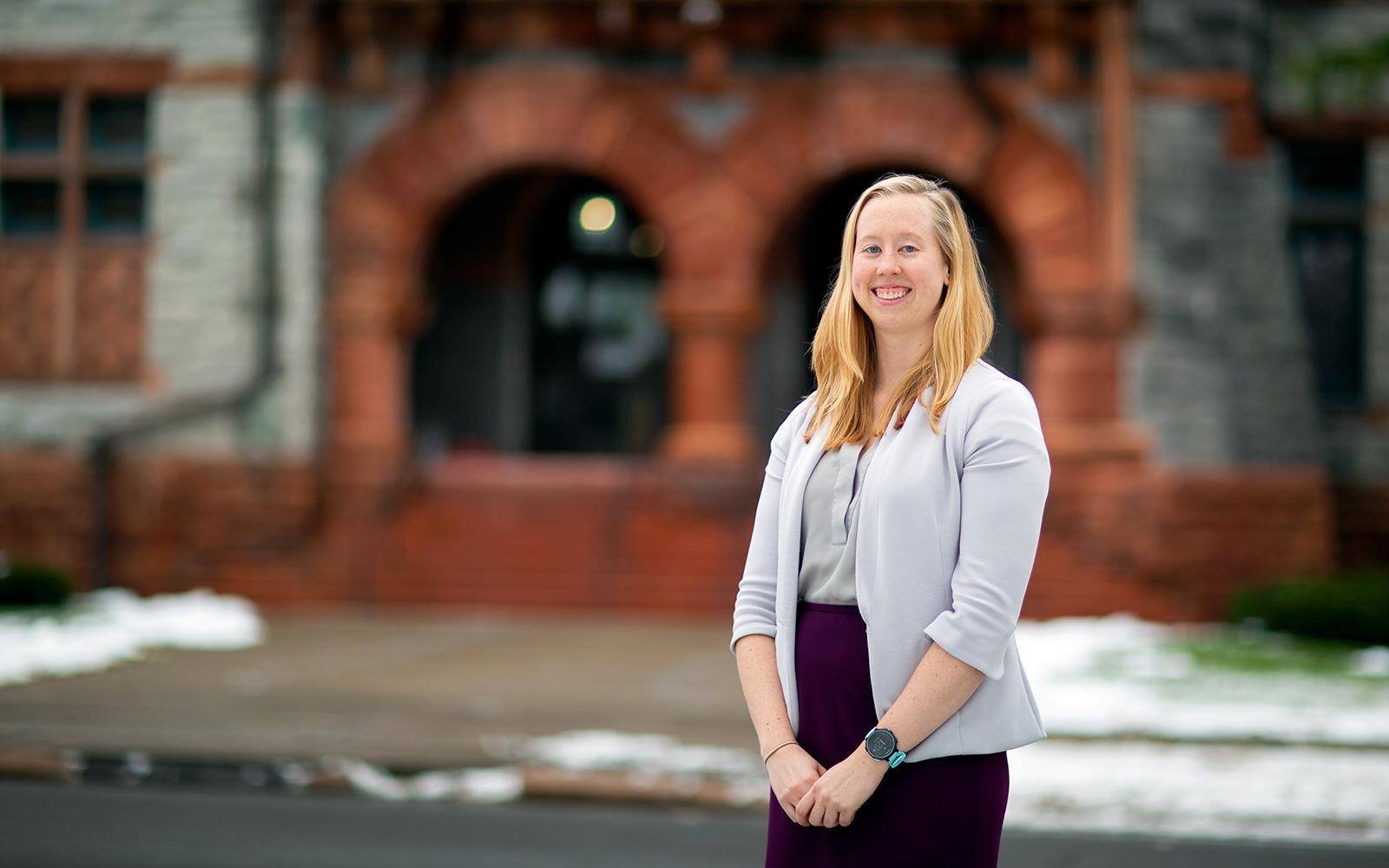 Transitioning from the classroom to the real world, Behuniak lined up an internship with New York State Assemblywoman Addie (Russell) Jenne in Albany. It was originally supposed to be a required internship for her environmental studies major, but ended up being a perfect fit for her new political science major. The internship allowed her to see the legislative process first-hand as bills are formed into laws. “I felt like a celebrity. You get to go past the photographers and newspapers, through the back door and behind the scenes, and out onto the floor to listen to the debates, which I thought was the coolest thing ever,” she remembered.

During her last semester at SUNY Potsdam, she landed another internship at the St. Lawrence County Public Defender’s Office. Fully immersed in a law office for the first time, she learned how to draft motions and helped the lawyers with research. “My whole semester was spent going to court, watching client meetings and researching. That cemented for me that I wanted to be a public interest attorney,” she said.

After taking the Law School Admissions Test, Behuniak received a scholarship to attend Western New England University School of Law. Her courses over the next three years prepared her for the bar exam, and to be able to argue effectively in court. She continued to bolster her coursework through real-world training, working as a paralegal for a private attorney in Massachusetts, where she handled personal injury law and criminal cases. 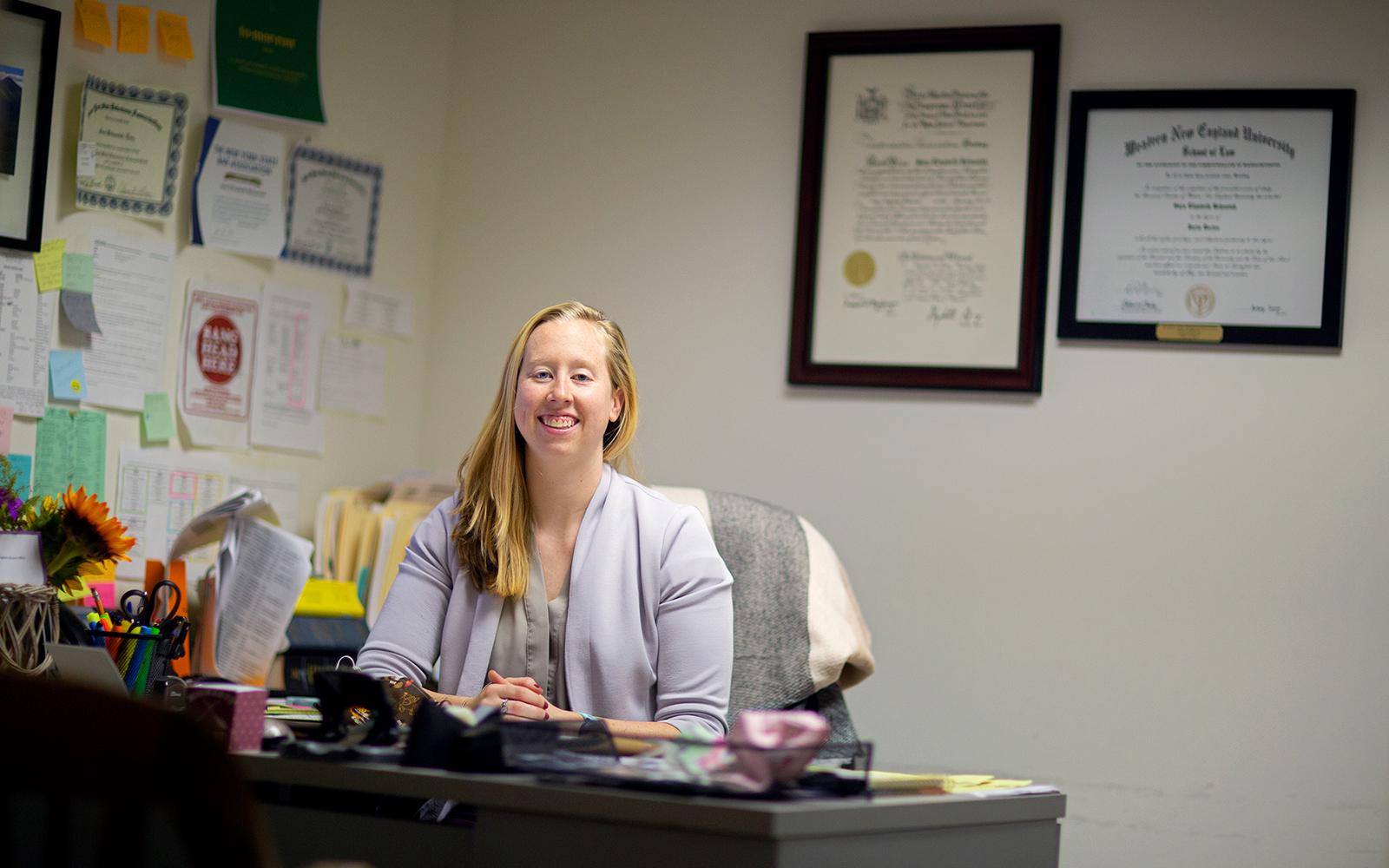 After graduating in May of 2017, she was rewarded with her greatest challenge yet, studying for the bar exam. She buried her head in the books as she prepared for the big day, or rather two in this case. “Much to my family’s annoyance, I cloistered myself away and answered most questions in one-word answers.  Thankfully, after two and a half months of studying I took the Bar Exam,” she recalled.

Exhausted afterward, she took a brief respite, and then she started applying to public defender and conflict defender offices throughout New York state, including the St. Lawrence County Conflict Defender’s Office in Canton, N.Y.—which offered her a job, contingent upon her as passing the bar exam. By October she had her answer. “Finding out that I had passed the bar was honestly one of the best feelings,” she said. “I had to wait until January to officially get sworn in. until that time, I could go to court and help, but I couldn’t technically appear yet,” she recalled.

Now, as she stands in court defending her clients, Behuniak leans on lessons from law school and from her time at SUNY Potsdam. “I learned how to be cool under pressure from Dr. Popovic after having to present a political argument and answer questions from the class,” she said. “That is a handy tool when you’re standing in court for what you think is a simple motion, that you then have to defend on the spot.”

For more information about the Department of Politics, visit: https://www.potsdam.edu/academics/AAS/depts/pols