Skating into a New Age

Guided by the enduring passion of her mother, Breanna Cardinal ’22 latched onto figure skating at a very young age. Now she’s working side-by-side with her mother, coaching young figure skaters in northern New York while pursuing her degree in business administration at SUNY Potsdam.

“My mom (Lisa Cardinal) is a skating coach. I call it her empire. She built that from scratch here locally and I was born into it,” Cardinal said. “I put on my first pair of skates when I was two and got into competing when I was in middle school. When I got into high school I thought, ‘This is something that I really want to do for the rest of my life.’” 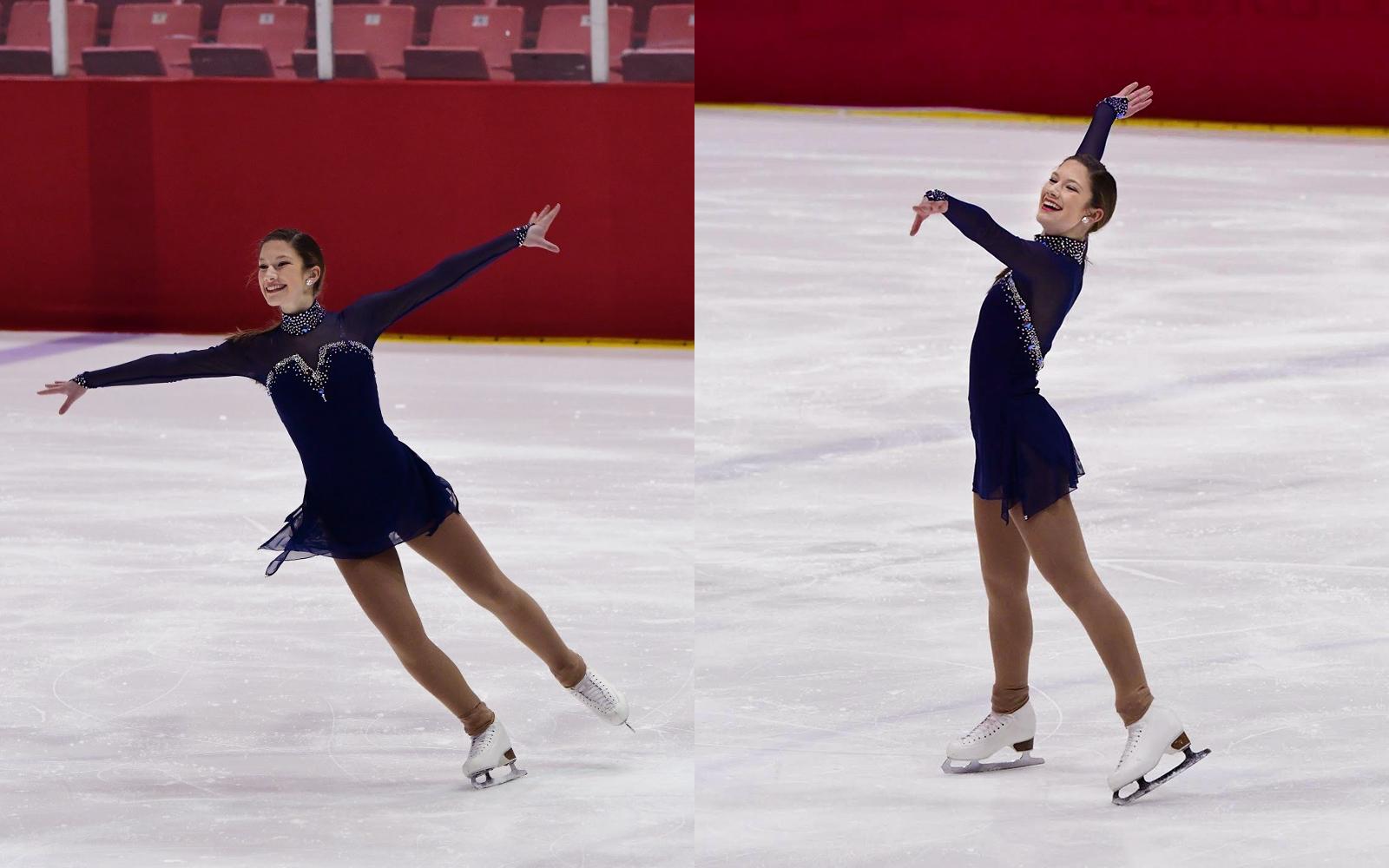 Growing up in Potsdam, skating was always part of her life. Cardinal traveled all over the east coast for figure skating competitions with her mother as the ice rink becoming her home away from home. During her senior year of high school, an unfortunate injury derailed her competitive figure skating plans for the future. “I don’t really remember the fall. I know that I did a jump and over-rotated and went straight back and hit my head. I just remember going to the hospital,” she said. “Once I got back on the ice, I couldn’t really skate the way that I had before.” 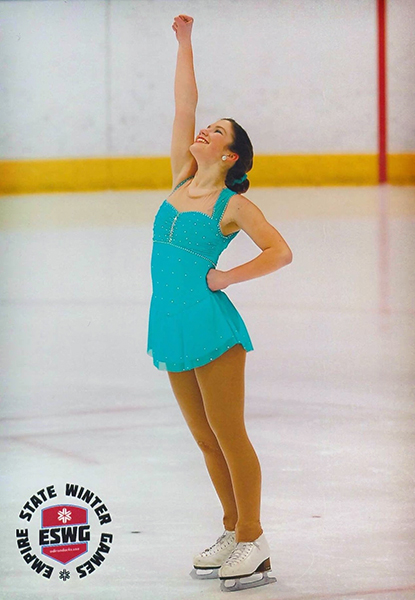 Despite the setback, Cardinal’s passion for the sport never waned. Instead, she shifted her focus to being a mentor and leader for young skaters, following in her mother’s footsteps. “Now I’m a coach, which I love just as much, if not more. The youngest student I have is three and the oldest is seventeen, and I love all of them,” she said.

Initially planning on attending the University of Miami at Ohio and competing with their synchronized figure skating team, she shifted gears after the injury and enrolled at SUNY Cortland. But after her freshman year, she was looking for a change. “I didn’t love it, I missed home a lot, and I loved the small-town feel here in Potsdam,” she said.

After transferring to Potsdam her sophomore year, she discovered a close-knit community that was small enough to feel right at home, but large enough to meet new people from all walks of life. “You see a new face every day. I’ve met so many amazing people from all over New York state and formed new friendships,” she said. “And being here has also allowed me to coach again. I’m so grateful for that experience.”

Cardinal and her mother now coach figure skating together through the Potsdam Figure Skating Club. With three primary disciplines in the sport—freestyle, moves in the field, and ice dance—they team up to cover the different techniques at ice rinks around the North Country. Gold tested in two of the three styles of skating, Cardinal is able to instruct her students on techniques ranging from spirals, spread eagles, and hydroblading to synchronized skating skills with a partner. “My mom is my world. She’s my role model for everything. I have students who affiliate me with her, associating me as a coach with my mom as a coach, and that’s an honor,” she said.

When she’s not on the ice, Cardinal is busy pursuing her degree in business administration with a minor in speech communication—and discovering ways to combine her passion for figure skating with a career in marketing and communications. “My dream is to do something with figure skating and social media. Those are the two things that I love the most. If I could combine them and run social media for U.S. Figure Skating, that would be incredible,” she said. 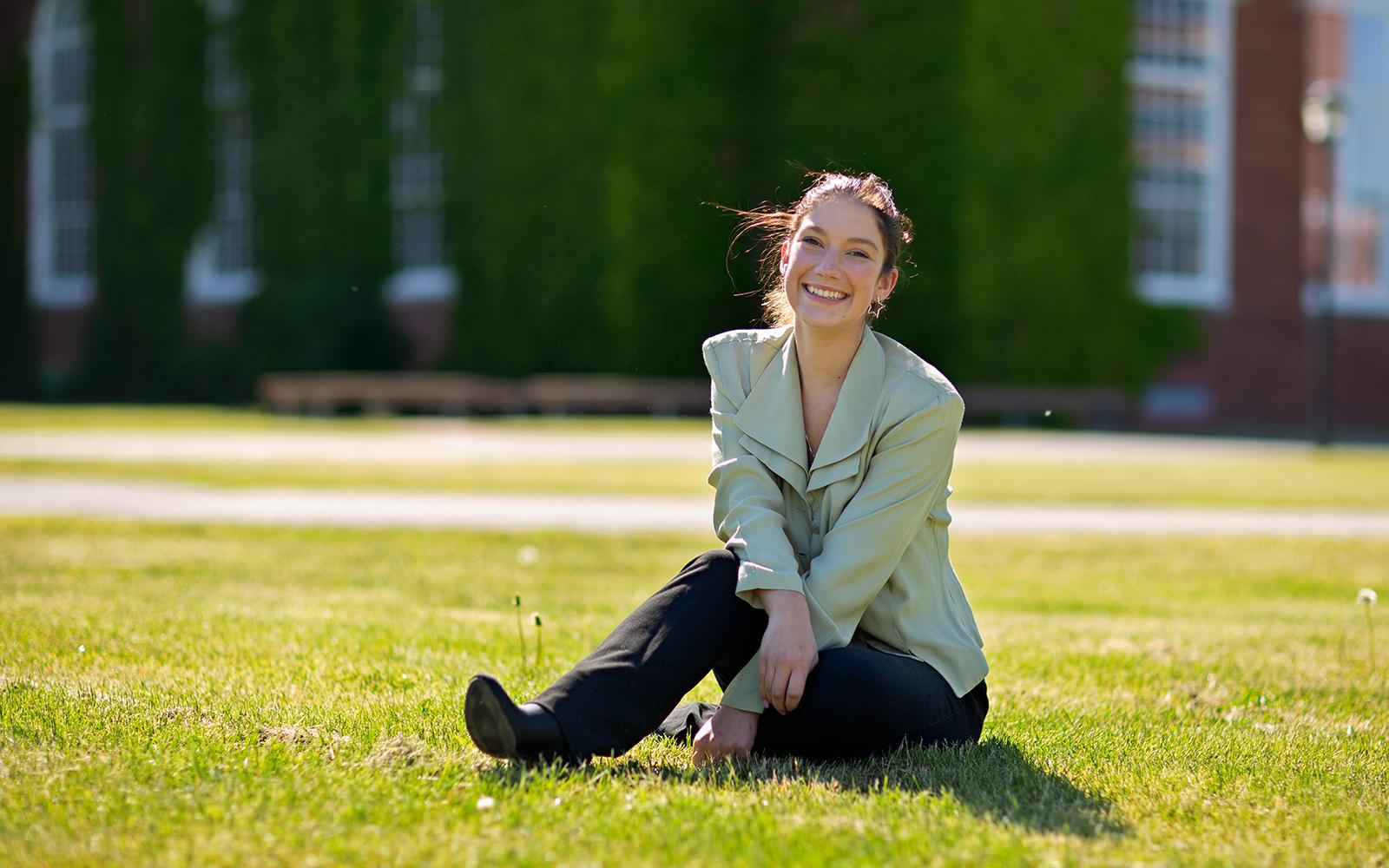 “I’ve loved my time here at SUNY Potsdam. I’ve met so many people and it’s been an amazing experience.” -Breanna Cardinal ’22

Cardinal has been laying the groundwork and taking every marketing elective possible through the business administration program. Leaning on her marketing classes, Cardinal lined up two hands-on internships during the Spring 2021 semester: one for the People Project, a local initiative focused on economic revitalization in the North Country, and one for DreamCatchers, a national organization that grants wishes to hospice patients.

For the People Project, she used Instagram as a communication tool to keep the public informed about projects like Operation Warm, which provided more than 400 coats to the local elementary schools in the North Country this spring.

Her work with DreamCatchers focused on using Facebook and Google ads to promote the organization—using those platforms to advertise for their fundraising events. “They grant one last wish for a hospice patient. They would do things like a trivia night, or back in February they sent someone up in a hot air balloon because that was something on their bucket list that they had never tried,” Cardinal explained.

Her efforts also included promoting the Kindness and Compassion initiative where high school students were paired with an elderly pen pal. “They do really cool things for the elderly and they bridge the gap between the younger generation and the elderly,” she said.

As she enters her senior year, Cardinal will continue building on those hands-on experiences, and looking for ways to intersect her passion for figure skating with her newfound drive in the marketing and social media world—hoping to one day run the social media platforms for a major sports organization.