Alumnus Kris McCarthy ’14, who studied business administration at SUNY Potsdam, has always had a commitment to hockey and an entrepreneurial spirit. Now he is combining both with the launch of his new app, FanSaves.

“FanSaves is a mobile app that allows sports fans to save money at businesses that sponsor their favorite teams. It's a digital coupon book that you can access for free! My co-founder, Shannon Ferguson, and I came up with the idea last summer while we were managing the sales, marketing and game day operations for two minor professional hockey teams in the Federal Hockey League. While out selling sponsorships for the upcoming season, we kept hearing from businesses that they were either not interested, or nervous about sponsoring a team because they had no way to track their return on investment—that’s when we had our lightbulb moment,” McCarthy said.

McCarthy and Ferguson launched the app in February and now work independently to help connect sports teams with businesses for sponsorship opportunities—as well as connecting sports fans with companies who actually support their team. Unlike traditional advertising where a business’s name might appear somewhere in the rink, FanSaves offers year-round value.

“Our app helps connect fans with the sponsors year-round. Every time a fan goes into say, Dunkin’ Donuts, and redeems that deal, it’s tracked in the app. So, Dunkin’ Donuts can actually log into the app and they can see how many times their deals have been redeemed and they’re able to track their return on investment. They’re also able to see the demographics of their customers—super valuable information so they can adjust their marketing accordingly,” McCarthy said.

Currently based in Cornwall, Ontario, and Watertown, N.Y., McCarthy is now expanding into the Ottawa market. “Our plan from the beginning was to scale into Ottawa, followed by a scale down the 401 into Toronto. Ottawa is our current target market because of its close proximity to Cornwall and its density of junior hockey and professional sports teams,” he said.

McCarthy will be sitting down with Senators Sports and Entertainment next month—the company who owns and operates the Ottawa Senators (NHL) and the Canadian Tire Centre—in hopes of adding the Senators to a growing list of sports teams represented on FanSaves. Another addition to their growing business was the recent addition of SUNY Potsdam business administration professor Greg Gardner to the company’s advisory board. “He was able to give us some great advice and insight about scaling internationally. We enjoyed our meeting so much that we offered him a position on our advisory board, which he accepted, and we are very grateful for that! When we begin to scale internationally, we will lean on him for his expertise and knowledge of foreign markets,” McCarthy said.

“I owe so much to Dr. Edwin Portugal and Greg Gardner, who really opened my eyes to business and entrepreneurship.” 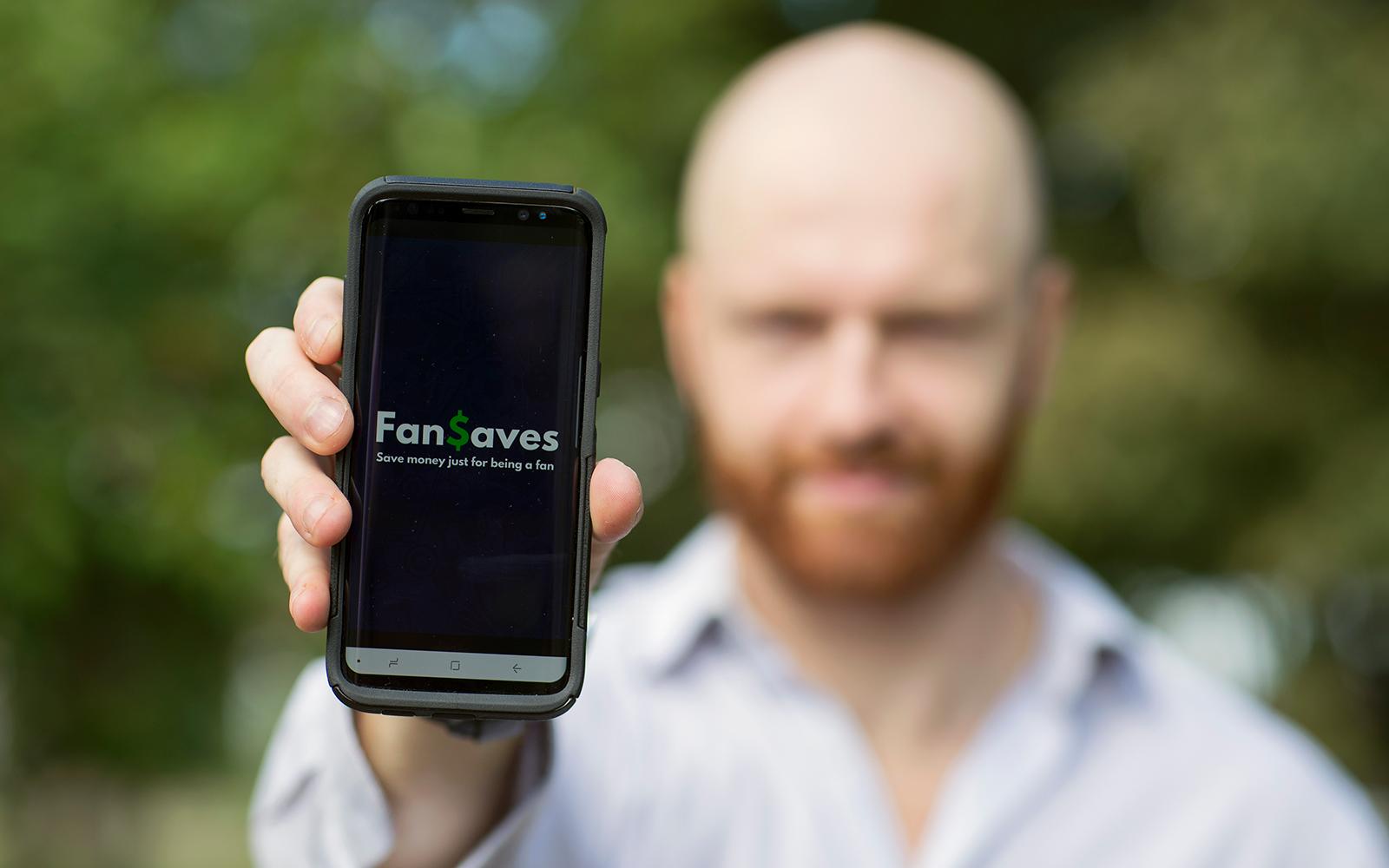 McCarthy has already learned a lot from Gardner, as well as fellow SUNY Potsdam Professor Dr. Edwin Portugal. “Greg Gardner and Dr. Edwin Portugal were by far my favorite professors! Both professors worked in the business administration department and they had the biggest impact on my education at Potsdam. They were both very professional, well-traveled and knowledgeable. I was able to soak up a lot of information that I still relate to in my everyday business affairs. They both took the time to really get to know their students on a personal level and were always available for extra help or even just to chat,” he said.

During his senior year, McCarthy got one of his first experiences as a businessman when he was hired as the interim general manager of the minor professional hockey team, the Watertown Privateers (now the Watertown Wolves)—a team he was already playing for. “Halfway through the season, the coach and general manager got fired, and the owner made me the GM! So, I was literally running the whole organization while going to school full-time. It was a really unique opportunity. I was also playing too! I was in class and they’d be teaching theory, and I was comparing it to my real-life experience, and how I could implement things that I was learning in class,” he said.

Balancing his full-time career as a hockey player and general manager, while also taking a full course load, was no easy feat. “Looking back, I don’t know how I did it! I practiced nearly every day, and played games almost every Friday, Saturday and Sunday, from the start of November to the end of April—all four years I was enrolled at SUNY Potsdam,” McCarthy said.

Hockey had always been a significant part of McCarthy’s life. He’s been lacing up his skates since he was three years old. “I was almost skating before I was walking. You’re pretty much born with skates on in Canada—and it was a big part of my upbringing,” he said.

Initially, McCarthy had his sights set on the OHL and NHL, but during his draft year, when he was 16 years old, he tore his ACL. Then the following year, he blew out his knee again when he got hit from behind. “My dream of playing in the OHL and the NHL was dashed, so I set my sights on going to college.”

McCarthy believes that everything happens for a reason, and his choice to attend SUNY Potsdam and pursue business administration set him up for success. “Going back to the business that I started on campus, I’ve always had that entrepreneurial spirit. Years later, I’ve co-founded a startup that I truly believe has the potential to be a $100 million business,” he said.

McCarthy said that he’s always learning new things and networking with people—an approach that he thinks current students should embrace. “Don’t be shy! Put yourself out there. The worst thing you can do is sit in your dorm room and waste away your university experience watching TV or playing video games. Get out there, join clubs and network with people,” he said.

For more information about the Department of Business Administration, visit: www.potsdam.edu/academics/SOEPS/BusinessAdmin