Behind the Scenes at The Met 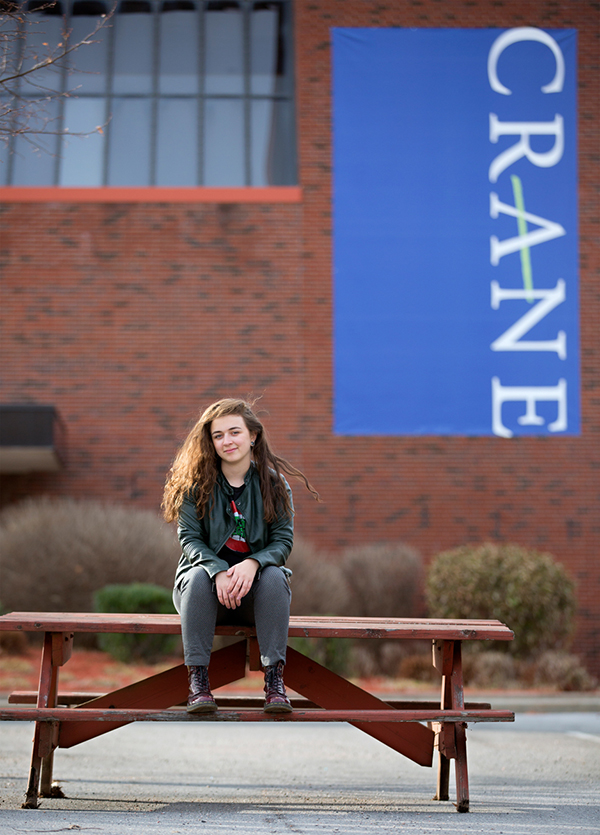 Hustling through the busy streets of Manhattan, Johnna Bernard ’18, makes her way into Lincoln Center Plaza, past the iconic Revson Fountain and through the big arches leading to the Metropolitan Opera for her internship this semester at the world’s most famous opera house. “I just love the image of walking into the Met every day. It makes me so happy, it reminds me of how grateful I am to be here,” Bernard said.

Since January, Bernard has been interning at the Metropolitan Opera National Council (MONC) as part of a semester-long, 480-hour internship to wrap up her music business degree from The Crane School of Music. A significant part of her job this semester has been preparing for the semi-final and final National Council Audition, which seeks out promising young opera singers through an annual competition. Previous winners of the competition include famous opera singers such as Renée Fleming ’81, Margaret Lattimore ’91 and Stephanie Blythe ’92, all alumnae from SUNY Potsdam’s Crane School of Music.

“The National Council puts on auditions throughout the country, mostly done by volunteers, who have singers compete to come to the Met and sing at the Grand Finals competition. The competition is for people between 20 and 30 years old,” Bernard explained. “It’s a way for them to come and sing on one of the most coveted stages in the world, and then get noticed by the opera industry and eventually launch their careers.”

Bernard has been keeping busy behind the scenes, regularly emailing the young vocalists to request headshots, bios and their repertoire, in preparation for their appearance at the Met. She has also been overseeing a social media project where she asked the 25 semi-finalists to answer questions on camera for short videos that she edits and posts on the MONC Facebook page. Her efforts have created a lot of buzz and have led to a 575% increase in social media engagement over the past month.

“I spend a lot of time preparing for all of these events. During the semi-finals and finals, I will be backstage, bringing them to and from their dressing rooms and ensuring that everybody is comfortable. I love singing as an art form, and I love people who are striving towards that goal of becoming great singers, so to interact with those young people—who are following their dreams and coming to the Met to sing—has been super, super enjoyable for me,” Bernard said.

Her internship is even more unique because of connections she’s made with Crane alumni, such as Brady Walsh ’14, who graduated from The Crane School of Music in 2014, and now works full-time for the National Council. Bernard has also been working closely with Crane alumna Melissa Wegner ’03, the associate director of the Metropolitan Opera National Council, who hired her for the internship.

“Melissa Wegner is awesome to work with! She is just the most relaxed and comfortable and inspiring boss I could ever ask for. I feel so fortunate to be able to work under her, and help her, and learn from her both personally and professionally. She brings a smile to my face every day,” Bernard said.

When she’s not preparing for the opera auditions, Bernard is busy processing donations for membership to the National Council, or donations for the education fund—which directly impacts young singers who have won the competition in the past. She also helps to coordinate artistic screening auditions, through which small roles are filled for upcoming opera productions at the Met.

When she needs a break, world-class opera is being performed right around the corner from her desk. “I can walk out of this office, take a couple of turns and go sit in the house and watch a rehearsal,” she said. Since her arrival, Bernard has seen several operas at the Met including “Cavalleria Rusticana/Pagliacci,” “Il Trovatore” and “Madama Butterfly.” She has tickets later this month to “Luisa Miller,” “Cendrillon” and “Così fan tutte”—all for free as part of her internship.

“It’s definitely something that I really enjoy, just being in the thick of it down here,” Bernard said.

Thinking back to her time at SUNY Potsdam, Bernard was also particularly influenced by a separate internship at The Crane School of Music’s Fall Island Vocal Arts Seminar. During the seminar, she was able to work closely with Carleen Graham, a former Crane faculty member and the founding executive director of the seminar, as well as Crane alumna and opera legend Stephanie Blythe ’92.

“I learned so much about just interacting in an arts environment when I was at Fall Island and listening to Stephanie Blythe talk about the way that she goes about everything in her career. She was very focused on being friendly to the people around her, being sure that she greets people and is just very understanding of her environment,” Bernard explained.

Bernard has made the most of her time at Crane. She performed on stage at Carnegie Hall, toured Cuba with the Crane Latin Ensemble and hiked the Camino de Santiago in Spain with the Crane Concert Choir. She also attended the National Association of Music Merchants Show twice in California, where she interned with music industry firms, including Sennheiser Electronic and Yamaha Corp.

She also praised music business program faculty members Marc Ernesti and Carol (Kickie) Britt for all of the valuable information that they have shared with her over the years. One of the most important perspectives Bernard takes away from her time at SUNY Potsdam is the power of positive communication and collaboration with the people around her. “The opera program, in general, taught me a lot about the way that we need to interact and work together to create something great, all together as a team,” she said.

After completing her internship, she plans to work in artist management in New York City. She is also planning on continuing her collaboration with Crane Youth Music as a camp counselor for this summer’s music program, which runs from June 24 to July 7 at The Crane School of Music.

To learn more about The Crane School of Music’s Department of Music Business, visit: www.potsdam.edu/academics/Crane/MusicBusiness.