Pursuing a degree at SUNY Potsdam’s Crane School of Music is a daunting task in and of itself, but Natalia Buitrago ’21 went the extra mile, recently graduating with a double major in music performance and music business.

Buitrago started playing the clarinet when she was in the sixth grade. And then in high school, when she was looking for a college to continue mastering the craft, her orchestra teacher, SUNY Potsdam alumna Ciara Cohen '08, pointed her in the direction of The Crane School of Music. “Once I looked at SUNY Potsdam, I started to really fall in love with it. I made Crane my number one choice,” she said.

Over the past four years she has not only continued to refine her abilities as a musician, but she learned valuable entrepreneurial and communication skills—performing with the clarinet choir, concert band and the symphonic band on one hand, while moderating panel discussions in her music business classes on the other. “I see myself as an overachiever. I make sure to always keep those two tracks going at the same rate,” she said.

At first, she viewed the music business degree as a way to supplement her work as a musician, but over time, she started to realize that music business was her greatest passion. In January 2020, she completed an internship with D’Addario at the National Association of Music Merchants (NAMM) Show, the world’s leading trade event for music products. “That was an amazing experience.  That’s when I really started to fall in love with music business,” she said.

Joining 16 other students, she flew to Anaheim, Calif., and spent a week at NAMM as a representative for D’Addario, a manufacturer of musical instrument strings and accessories. “I helped them setup a two-story, four-sided booth—one of the biggest at the show,” she said. Buitrago learned about D’Addario’s lineup of products, and interacted with hundreds of people at the show to discuss the D’Addario brand. “I’m a clarinetist, but I got to learn about strings, percussion, and the orchestra side of the industry. I really got to dabble in everything.”

In the fall of 2020, Buitrago approached Coles during his office hours, and with a PowerPoint presentation in tow, pitched the idea of being his intern during the Spring 2021 semester. He was sold. For her final semester, she completed a 480-hour internship as Coles’ trusty sidekick, and office manager for the music business program. Overseeing administrative duties, answering emails, and acting as a mentor for younger students, Buitrago was integral to the success of the program. 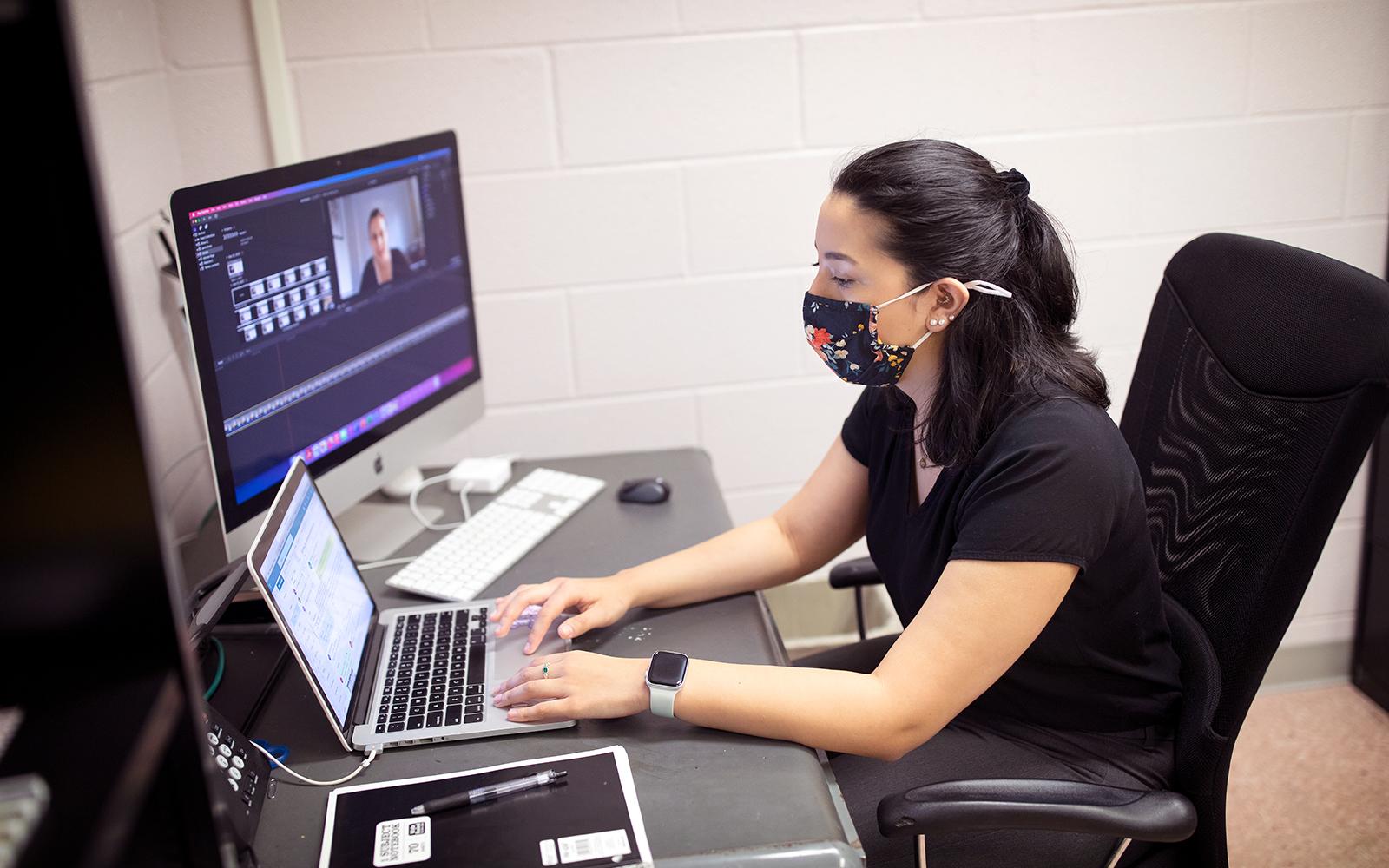 She held office hours Mondays and Wednesdays over Zoom for any students who had questions about the music business degree, or who needed assistance lining up the required internship for the program. She also led important panel discussions with alumni. “We had a different guest speaker every day for Women’s History Month,” she said. “I got to oversee that and handle the panel of questions. I got to have one-on-one conversations with all of these really amazing people—alumni who have gone through the program—who are now really successful. It’s inspiring to know that’s where I could be someday.”

Buitrago’s involvement on campus extended far beyond the walls of Crane. Starting in her freshman year, she worked as a Student Ambassador for the Office of Admissions, where she provided campus tours, giving prospective students an inside look at the College. “I know that tour route like the back of my hand. I loved that. It was one of my favorite things that I’ve done on campus,” she said.

In May, she graduated with her degree from Crane, and she is looking forward to a fruitful music business career. “I’ve decided to pursue a job in the music business industry, she said. “I am applying for a master’s degree in arts administration rather than performance, due to my new passion in music business.”

For more information about the Crane Institute for Music Business, visit: www.potsdam.edu/academics/crane-school-music/departments-programs/music-business-program-crane