Alumnus Dr. Jeffrey Milroy ’02 has built his career around promoting physical activity and safety in collegiate sports. After being recruited from Canada to play hockey at SUNY Potsdam in 1999, he went on to graduate with a degree in community health—the stepping stone for a successful career in public health.

Milroy went on to get both a master’s degree and a Doctorate in public health, paving the way for his current position as an assistant professor at the University of North Carolina at Greensboro. He has also been heavily involved with the Institute to Promote Athlete Health and Wellness, working as their associate director since its founding in 2013. Through the institute, Milroy has been conducting timely research on concussion reporting among collegiate athletes—receiving funding from the NCAA-Department of Defense Mind Matters Challenge to investigate sport-related concussions (SRC) reporting by student-athletes. 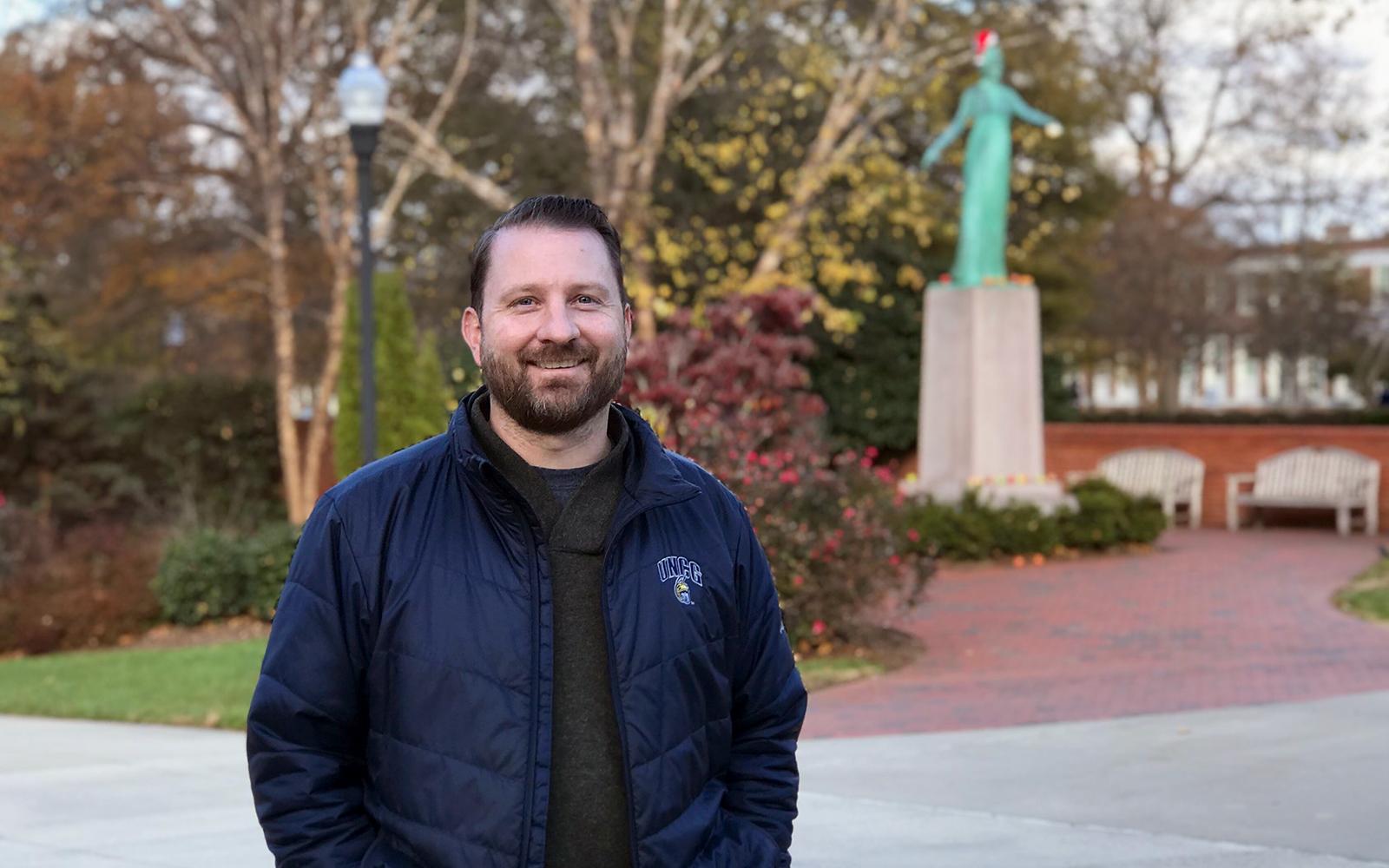 Milroy and his team have collected data from over 5000 student-athletes and 400 collegiate coaches as part of their research to study student-athlete behavior surrounding concussion reporting. He also worked to develop a web-based intervention called BrainCare to help athletes and coaches improve concussion disclosure.

“There’s a lot of data right now that says that a pretty significant proportion of student athletes who experience signs and symptoms of a concussion—whether that’s dizziness or nausea or just something that’s off—are not telling anybody about that injury,” Milroy said. “The goal of the NCAA funding was really to learn more about what’s going on with the athletes and with the culture around them.”

As part of randomized factorial experiments, Milroy has been looking closely at the behavior of student-athletes. Some of his findings indicate that an athlete’s relationship with their coach can influence their decision to disclose a concussion. “When a student-athlete perceived that their coach was communicating with them about concussion safety (not that the coach is actually doing it, but that the athlete thinks that they’re doing it) that impacted their intentions to report a concussion in the future,” Milroy said.

The three-year study also proved that student-athletes were less likely to report concussions when they perceived that they would lose something—their spot on the team, starting line or their scholarship. This fear of losing something of value, along with a culture of ‘toughing it out,’ all create roadblocks for necessary concussion reporting.

Milroy is focused on encouraging student-athletes to make smart choices and report concussions so as to get the appropriate medical attention. “There are a lot of scientists that are doing some great work on the neurological side of things, in particular with CTE (chronic traumatic encephalopathy) and also some safety stuff, whether it’s contact monitors or new helmets or new equipment. We kind of see ourselves somewhere in the middle. When a concussion does occur, how can we prepare the athletes to make a good decision? How can we help the athletic departments to create environments that are more supportive of care-seeking?” Milroy said.

His efforts to help people make healthy choices, both on and off the field, date back to his days at SUNY Potsdam. “I loved doing community health at SUNY Potsdam. Had I not done that, I don’t think that I even would have thought about pursuing my master’s in public health afterwards. Having advisors and faculty like Dr. Kathleen O'Rourke and Dr. Maureen McCarthy really set me on the right path,” Milroy said.

Beyond academics, Milroy had a very active role on the Potsdam Bears men’s hockey team where he developed a strong bond with his teammates. “A lot of my memories are around the hockey team and the friendships that made at the time. Being a hockey player at SUNY Potsdam was a phenomenal experience for me! I have a text thread right now that has about 12 guys from our Potsdam days and we stay in touch daily. We also just recently came together for a hockey tournament up in northern Ontario and it was great to see most of the guys,” Milroy said.

He recalls that his final year at SUNY Potsdam was particularly significant both athletically and academically. “I was the captain of the team my senior year, I was an orientation leader the previous summer and I got the SUNY chancellor’s award of excellence,” Milroy said.

“I think that the community aspect of Potsdam is awesome! I wasn’t a student who needed to be at a school that had 20,000 people at it—I needed to be a school like Potsdam that was at the time between 4,000 and 5,000 students. You got to know your professors, you got to know the people on campus. Those are really important memories for me.”

Like current community health majors, Milroy wrapped up his senior year with two invaluable, hands-on internships, one of which was at the Canton-Potsdam Hospital. “They had a cardio-pulmonary rehab unit and I did some nutrition and physical activity education with individuals who had essentially just gone through heart surgery,” he said.

His other memories at SUNY Potsdam include working at the former Blue-Plate diner in the Barrington Student Union, trips to the Bagelry and of course Sergi’s for a late-night pizza roll. “Looking back, I wouldn’t trade anything for the time that I spent at Potsdam. It was awesome! From the guys who I met on the team, from the experience that I had with my coaches and then, of course, the academic program that basically set me up for my career.” Milroy said.

For more information about the Department of Public Health and Human Performance, visit: