Our graduates have gone on to some pretty special careers.

They have the tales to tell and the wisdom to share about what makes this institution of higher learning so remarkable in so many ways. There are thousands of teachers, doctors, lawyers, engineers and artists who call SUNY Potsdam their alma mater. 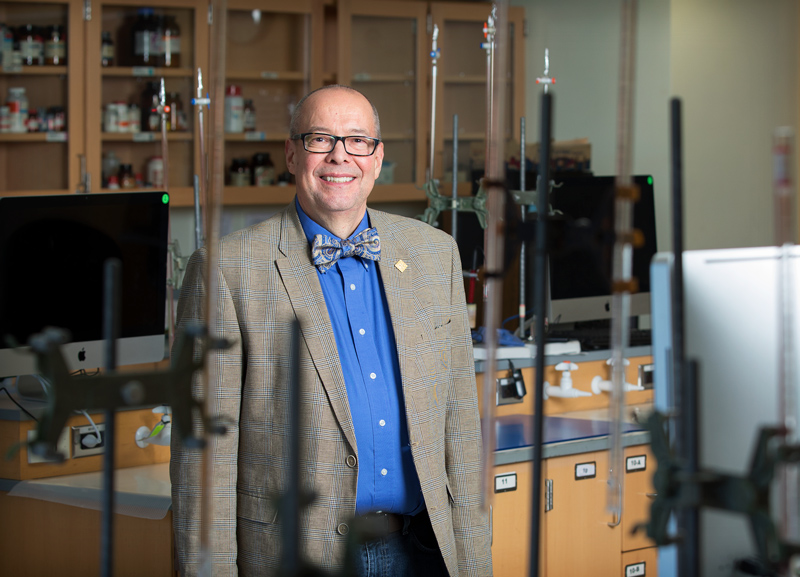 Since 2009, Mitchell has been working as the forensic odonatologist for the Monroe County (N.Y.) Medical Examiner's Office, where, much as in a scene from "CSI: Miami," he is called in to determine a deceased person's identity through dental and X-ray examinations... read more.

Originally from Orchard Park, N.Y. and now living and working in New York City as Associate Director of the Metropolitan Opera National Council Auditions, Melissa Wegner answers questions about her experiences at SUNY Potsdam and her interest in opera... read more.

Bundled up from head to toe and sporting a blue SUNY Potsdam wilderness education jacket, alumnus Alex Raynor ’11 swings two ice axes through the air while ascending a wall of ice at Azure Mountain, just 48 miles from Potsdam... read more.

In many ways, Mark Manske’s ’82 home is a sanctuary for birds, including the two new small screech owls that were perched on his futon listening to Bruce Springsteen the day we visited in June... read more.

Elizabeth Hudson ’15 knew that she wanted to be a teacher from a young age. Her mother worked in education and now, after completing both her master’s and bachelor’s degrees at SUNY Potsdam, she is carrying on that family tradition... read more.

Diana's work as a student ambassador was a vital stepping stone in securing both her internship and now a full-time job in the Office of Admissions... read more.

Retired tech CEO Ronald Fishbeck '80 gives back to his alma mater as both a donor and as a trustee of the Potsdam College Foundation... read more.

Alumna Romi Sebald ’85 came to SUNY Potsdam as a freshman in 1981, and never left. Now 35 years later, Sebald is the collections manager for The Art Museum at SUNY Potsdam... read more.

Leaving home to attend college for the first time can be a daunting task, but doing that with a limited understanding of the English language can make you feel like a fish out of water... read more.

As a student, finding your path is an ever-evolving process. Alumna Nicole Chmieleski was planning on being an art teacher, but during her junior year she decided to change course... read more.

Just four years ago, alumna Erin Wagner ’13 was studying geology behind the walls of SUNY Potsdam’s Timerman Hall. Now she works as a geologist for ExxonMobil, the largest publicly traded international oil and gas company in the world... read more.

SUNY Potsdam alumnus Daniel Mertzlufft ’15 has been composing music since he was a child. His music has been performed all over the world... read more.

Saad Hajidin ’88, a Senior Director at Polo Ralph Lauren, got his start in a printmaking studio at SUNY Potsdam’s Brainerd Hall three decades ago... read more.

After graduating from SUNY Potsdam more than 20 years ago, alumna Dr. Jennifer Mathews ’95 is back in a SUNY Potsdam classroom, this time as a guest lecturer. She speaks to a group of undergraduate students about opioids and opioid addiction... read more.

SUNY Potsdam Alumnus Brian DeWitt ’79 just made his first trip back to Potsdam since graduating 38 years ago. Since graduating with a bachelor’s degree in biology, he has traveled all over the world as part of a highly technical and successful career working in Silicon Valley... read more.

As a student at Crane, Pacer competed in the International Championship of Collegiate A Cappella with the Potsdam Pointercounts, but now he was seeing things from the other side as the producer for the ICCA central region. As a producer, he is responsible for overseeing five quarterfinals and one semifinal a cappella competition with a total of 46 groups... read more.

Like many alumni before him, SUNY Potsdam was a launch pad to success for Philip Paige, a 2015 SUNY Potsdam graduate from The School of Arts and Sciences. Paige ’15, of Madrid, has quickly launched a dynamic professional career working for the St. Lawrence County government... read more.

After graduating from SUNY Potsdam in 2013, Amy Smith made her way to Tufts University. She was the corresponding author on a study that was recently published in the November 2016 issue of Science, one of the world’s top scientific journals... read more.