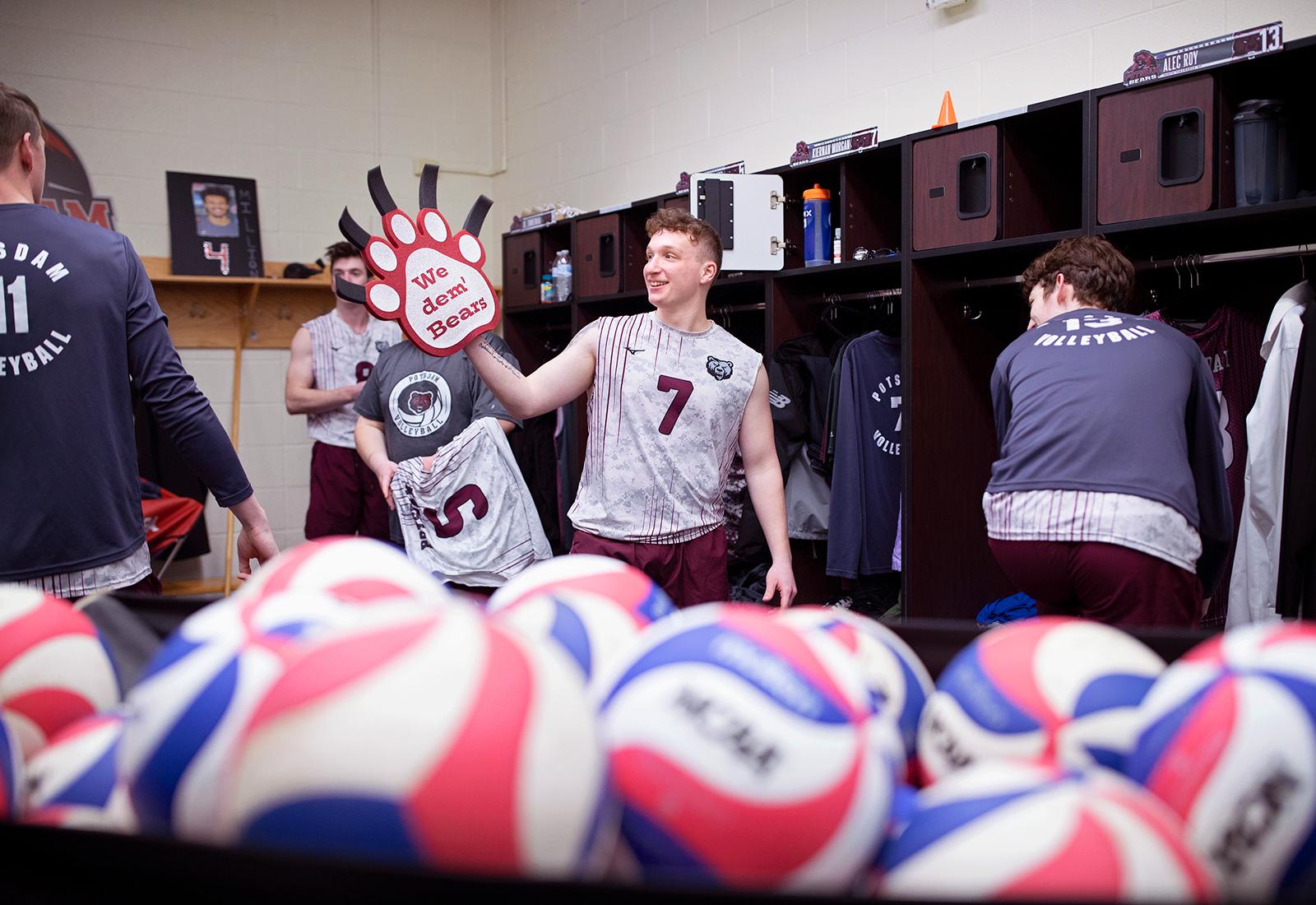 "Potsdam has offered me endless opportunities and tons of friendships."

View the photo gallery above, showcasing a day in the life of a student-athlete.

From early morning weight-lifting sessions and a full day of classes, to late afternoon volleyball games and dinner with friends—Kiernan Morgan '22 is constantly balancing academics, athletics, and his social life.

Morgan started playing volleyball in seventh grade, continued throughout high school, and then as luck would have it, SUNY Potsdam launched a new men's volleyball program right after he started at the College his freshman year. "Being a part of a collegiate sport is a big commitment and continuing to play, while pursuing higher education, is one of the best choices I've made," he said. "I have made tons of friendships both on and off the court that'll last a lifetime. Team building/bonding, communication, time management, and teamwork are a few of many skills that have been strengthened through playing a sport in college."

During the inaugural season, he played in all 17 matches, where he had 15 kills, 18 assists, two service aces, 75 digs and three blocks. At their very first game at NVU-Johnson, Morgan earned the first kill in program history. The season ended abruptly due to the pandemic, but he is back in action this year, making it to the playoffs in just their second competitive season. Morgan is also part of the SAAC (Student Athlete Advisory Committee), where he represents the men's volleyball team alongside his teammate, Alec Roy.

A criminal justice major with a minor in business administration, Morgan will be enrolling in the College's Law Enforcement Training Institute in the fall of 2022. When he graduates in December 2022, he will be enlisting in either the Army or the Marines, with plans to be a military police officer.