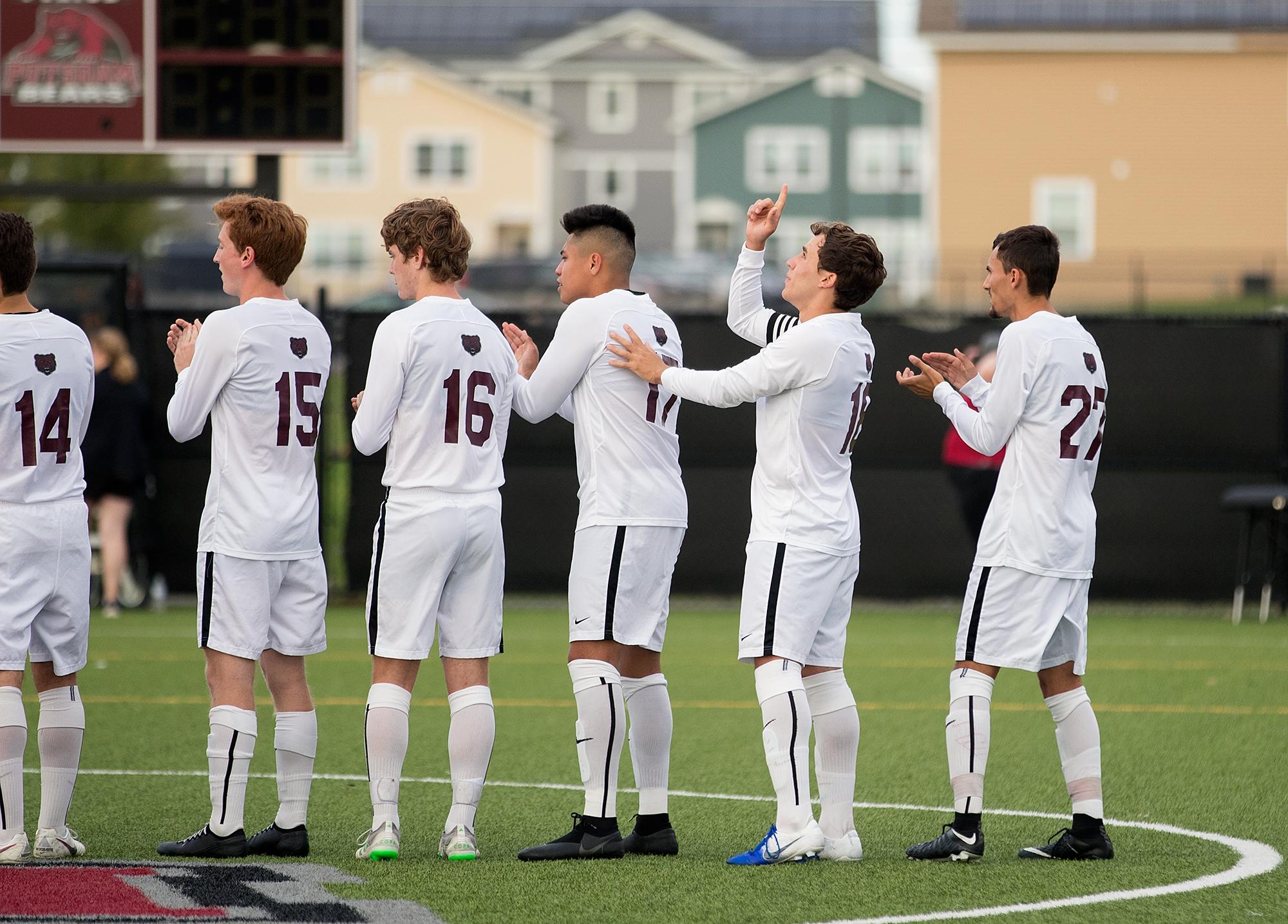 View the photo gallery above, showcasing a day in the life of a student-athlete.

Jeffrey Schulz ’20, who is majoring in biology with a minor in chemistry, keeps very busy balancing his academic life with a leadership role on the men’s soccer team. Starting his freshman year, Schulz was invited to join SUNY Potsdam’s Student-Athlete Advisory Committee—an opportunity that parlayed into him becoming captain of the soccer team his junior year.

Schulz has played 41 career games coming into his senior year. In his first three years at SUNY Potsdam, he has been on the SUNYAC Commissioner’s Academic Honor Roll and President’s List three times and was awarded Coaches’ MVP and Players’ Player of the Year.

When he’s not on the soccer field this semester, he’s busy taking biology, physics and chemistry classes for his degree and to prepare for medical school. “Everybody in the biology department has been really helpful. All of the classes have set me up really well for major tests such as the MCAT and medical school, so I think I’m in a really good spot,” he said.

Schulz hopes to one day be an orthopedic surgeon or to delve into a career focused on genetics.