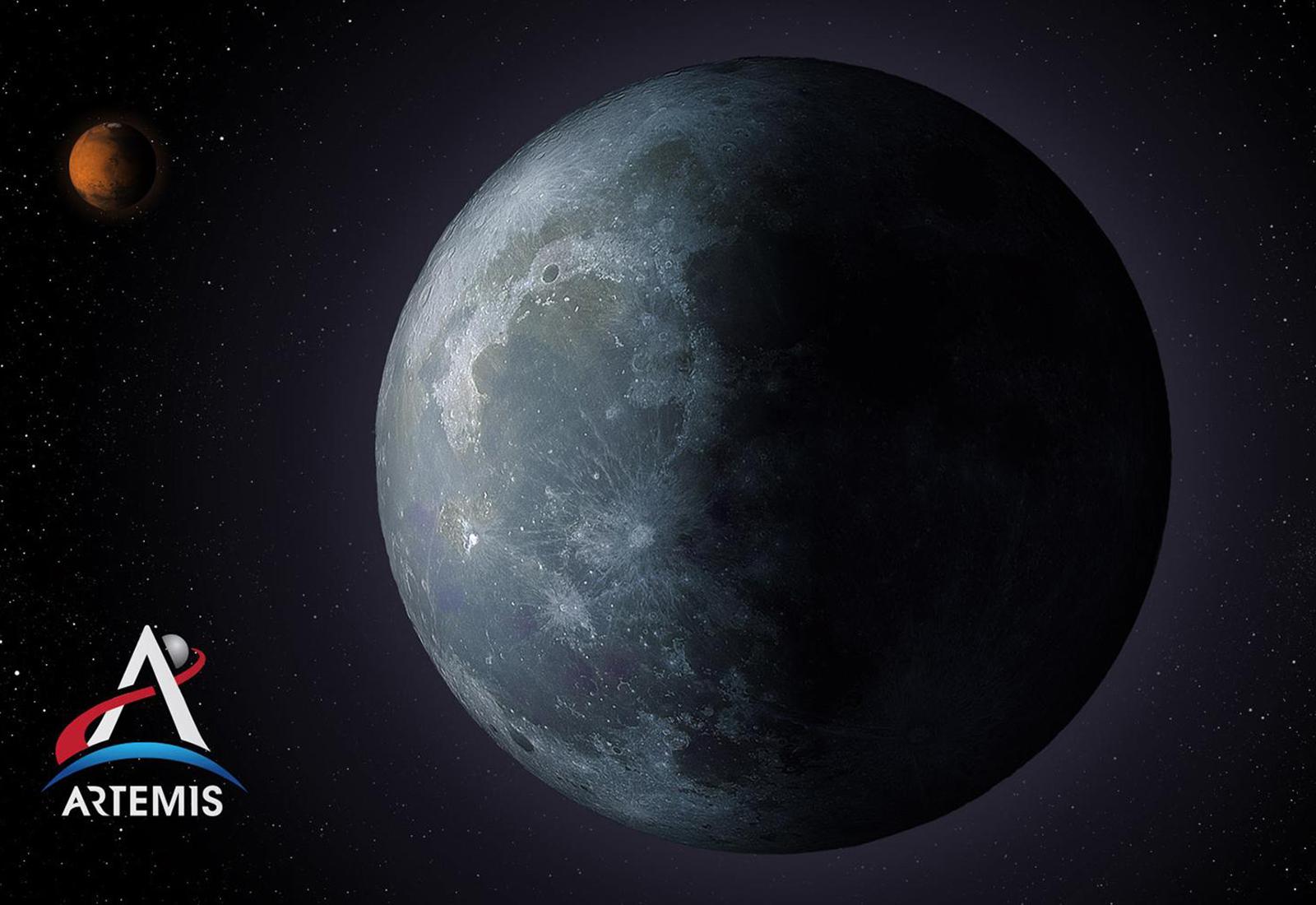 SUNY Potsdam alumna Jamie Szafran ’08 has been named a member of the extended support launch team for the National Aeronautics and Space Administration (NASA) Artemis I mission, putting her in the control room as the massive Space Launch System megarocket launches the Orion spacecraft into lunar orbit. NASA is on track to roll the rocket to the launch pad at the Kennedy Space Center on Friday, Nov. 4, in preparation for a launch later this month.

“The Artemis Program is NASA's program to return to the moon and establish a permanent, sustainable human lunar presence, in the process landing the first woman and first person of color on the moon. We'll be exploring more of the moon's surface than we ever have before and working on new technologies and research, in collaboration with international and commercial partners, so that we can together take the next steps on the path to Mars,” Szafran said.

A 2008 graduate of SUNY Potsdam, Szafran earned a Bachelor of Arts degree in computer science, a Bachelor of Music degree in musical studies and minored in mathematics. After applying for eight separate internships at NASA, she finally landed one, which later led to a co-op opportunity while she completed a master’s degree at the University at Buffalo, and ultimately to a full-time position. 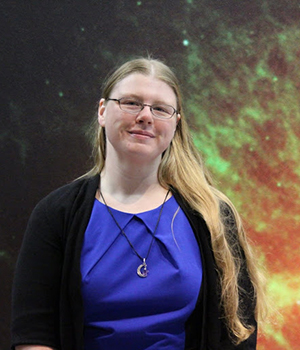 “For Artemis, I am an engineer and software developer working on the Spaceport Command and Control System, the launch control system that will monitor, check out and launch the SLS rocket and Orion capsule. I do analysis, design, implementation and testing of the software that the launch team is using for all operations involving the rocket, from check-out to launch,” Szafran said.

The goal of the Artemis I mission, which is uncrewed, is to test Orion’s systems, from takeoff and spaceflight, to splashdown and recovery—all in preparation for the next phases of the program, which will ultimately build an Artemis Base Camp on the surface of the moon and on the Gateway in lunar orbit, allowing astronauts to conduct more scientific experiments and explore more than they ever have before.

“After launching from Kennedy Space Center in Florida, during an orbit before departing for the moon, Orion will deploy a number of cubesats (miniaturized satellites) in earth orbit to perform science experiments and do technology demonstrations. The SLS rocket, designed for deep space missions, will then take the Orion spacecraft on the outbound trip to the moon. Orion will do a flyby about 100 kilometers above the surface of the moon and use the moon's gravity to place itself in a deep retrograde orbit, traveling further out into space than any spacecraft designed for humans has ever gone,” Szafran said. “After several days, Orion will do one more close flyby of the moon and then use the moon's gravity to accelerate on the return trip to earth. When it gets back to earth, 1.3 million miles from the start of its journey, we'll test Orion's capability to safely reenter the atmosphere and do splashdown, as well as testing the capsule recovery procedures. The entire mission will take about 4 to 6 weeks, and engineers will be testing and evaluating the spacecraft's systems the whole way.”

A multitalented student who was never afraid to pursue her interests, Szafran said she would encourage undergraduates to follow their passions wherever they lead, just as she did.

“Choose a field you love.  I don't think I've met anyone working here who's not passionate about what they do. But also, don't be afraid to branch out and take interesting classes outside your major, join clubs, have hobbies, play sports, etc. All of us have hobbies and outside interests, and I feel that it makes us more well-rounded as people and professionals,” she said. “And, as I've recommended to just about every prospective intern I've interviewed, chase what you want and keep trying. It can take multiple attempts to get hired for an internship; of the eight applications I put in for NASA internships in college, I was accepted to one. But largely, enjoy what you do and do what you enjoy.”

To learn more about the NASA Artemis Program, visit www.nasa.gov/specials/artemis.

The SUNY Potsdam Department of Computer Science prepares students for rewarding and well compensated careers as computing professionals, or for further study in graduate school. Thanks to an extensive alumni network and established industry connections, students are able to complete real world projects and put their skills to use throughout the course of study. To learn more, visit www.potsdam.edu/academics/AAS/depts/CS.