Reaching For The Stars

Before working remotely, Jamie Szafran ’08 was greeted at her employer’s security gate each day with a sign saying “Welcome to Kennedy Space Center.” After twelve years, she has still found herself staring at it in awe, incredulously reminding herself that she works for NASA.

“The weight and prestige of NASA is something that you can’t ignore,” Szafran says. “There is a sense of wonder, which hits a little harder for those of us who grew up nowhere near rockets and space and all of this.”

When Szafran began her college career at SUNY Potsdam, a future with the National Aeronautics and Space Administration (NASA) was not on her radar. Instead, the clarinet player was busy determining which degree program to pursue at The Crane School of Music, eventually deciding on a Bachelor of Music in music studies.

To complement her studies in Crane, Szafran took courses in other disciplines that interested her. “Specifically math classes,” she shares, “because I thought they were fun, which tells you all there is to know about me.”

By the time she graduated, Szafran had declared a Bachelor of Arts in computer science with a minor in mathematics, in addition to her music degree.

Through the computer science alumni network, Szafran discovered that NASA offered internships, something she had never considered before. She applied to multiple different NASA centers, as well as other internship programs. After being denied from seven of the eight NASA opportunities to which she had applied, Szafran accepted a research internship at a university in Colorado. Then, she received an acceptance letter from Kennedy Space Center offering an opportunity of a lifetime that she could not refuse. 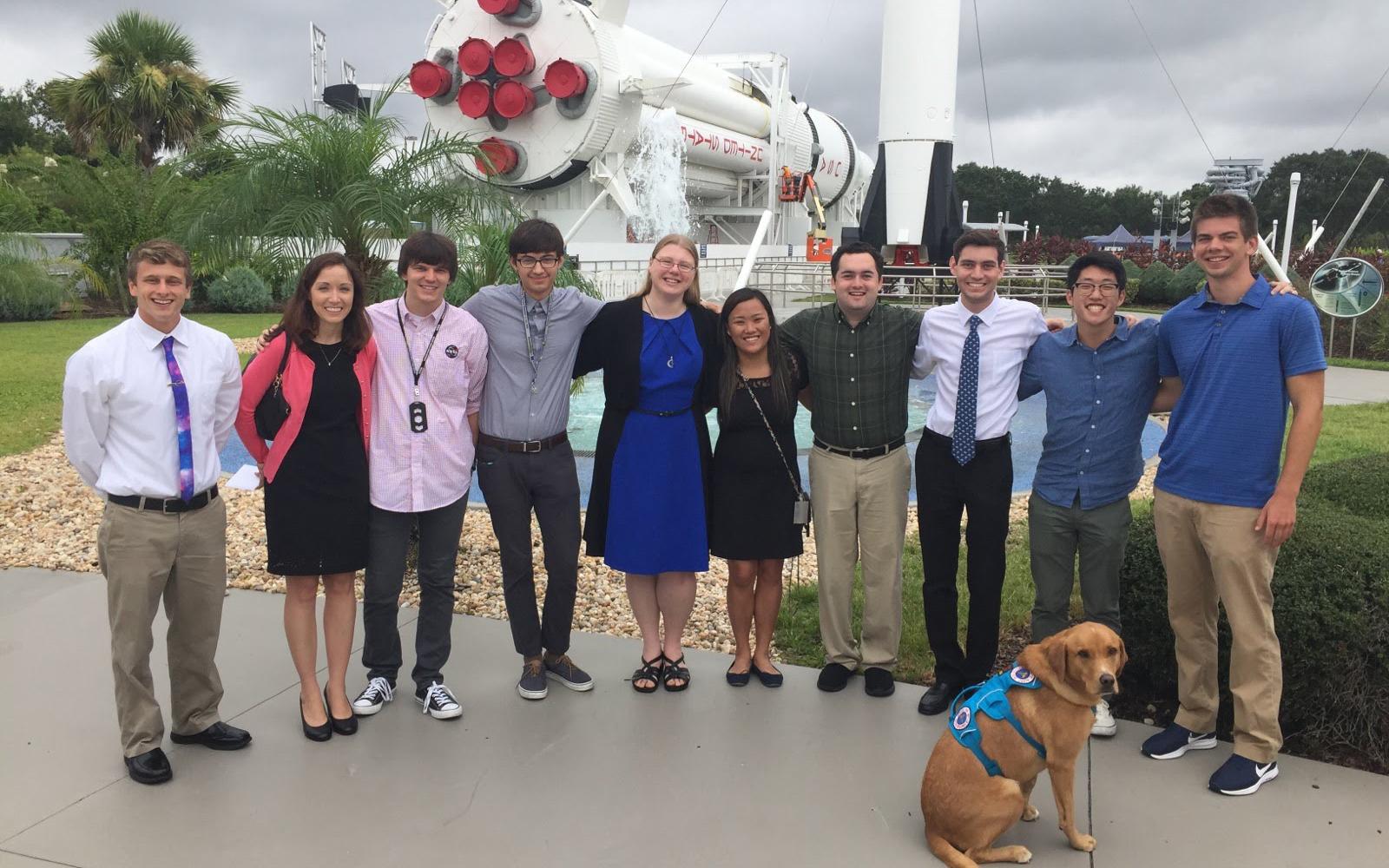 Szafran (center) poses for a photo with NASA interns in 2017.

Her internship with NASA at their renowned Florida location led to a co-op, which they held for her while she earned her master’s at the SUNY University at Buffalo, and then ultimately to a full-time position. Szafran now works in the Kennedy Space Center’s software engineering branch. Her job, she says, is like “being a detective with software.”

“I enjoy problem solving, and that’s really what software engineering (and computer science) is: figuring out how to take a problem and dissect it down to little bits, then reassemble the pieces in a different way to put it all back together,” Szafran explains.

For the past ten years, most of her work has been focused on NASA’s Artemis Program.

“Artemis is NASA's program—which will put the first woman, first person of color and next crews on the moon—that aims to create a sustainable human lunar presence that will prepare us to take the next steps on the path to Mars,” Szafran says.

A decade’s worth of work will soon come to fruition as NASA prepares for the first Artemis flight within the next year. While space enthusiasts across the world experience the launch from their living rooms, Szafran will be on hand near the control room as a subject matter expert, in case an unknown condition or question arises.

“I work on the launch control system,” Szafran explains. “If you look at movies where you see a rocket launch happen, and people are sitting at computers with headsets on, the software they’re using is what I work on.” 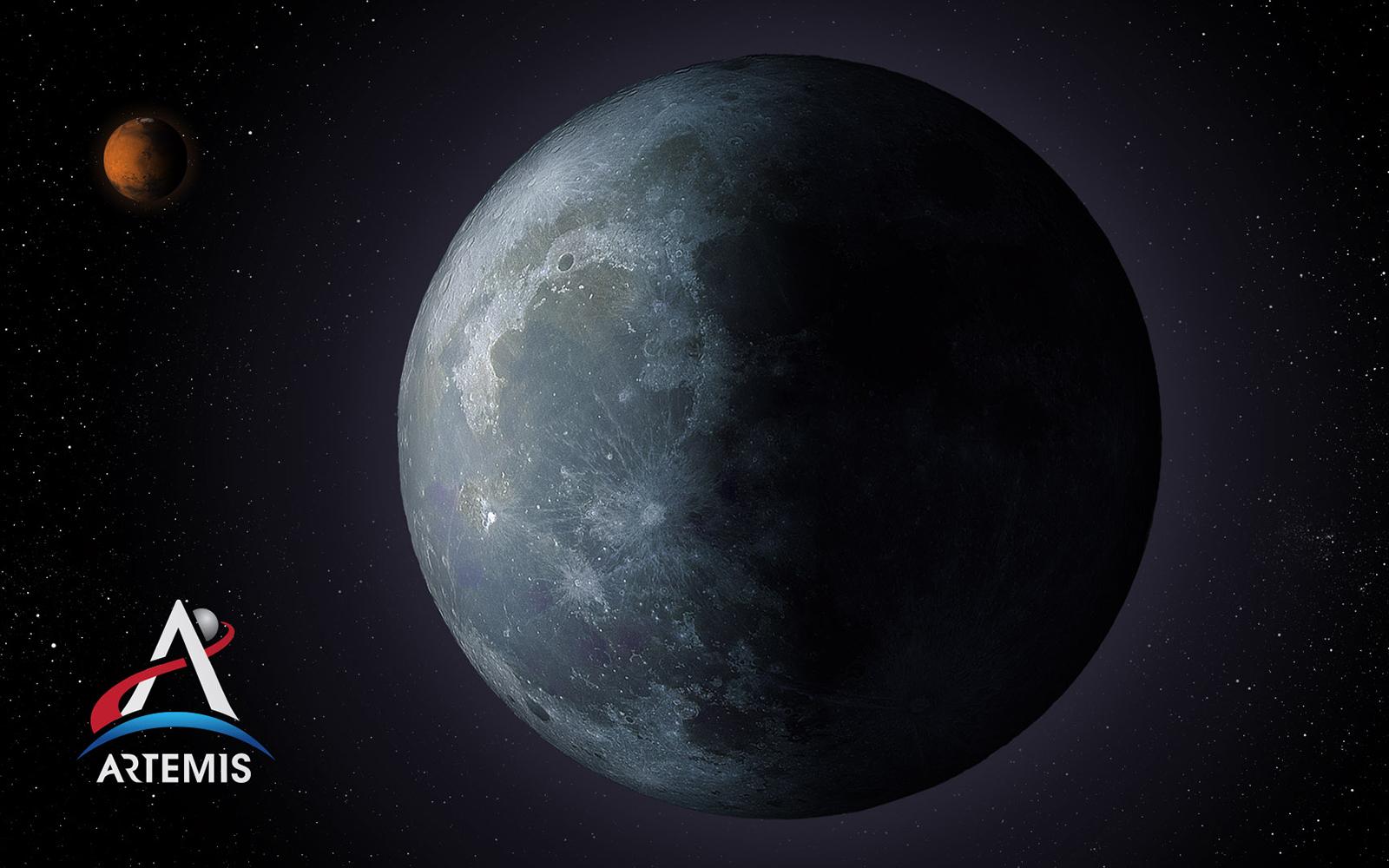 Artemis has become a passion of Szafran’s, and she enjoys every opportunity she has to discuss it. During SUNY Potsdam’s upcoming Virtual Reunion Week 2021, Szafran will host a virtual presentation titled NASA’s Artemis Program: Moon, Mars and Beyond, during which she will talk about her role at NASA and the importance of the Artemis Program. The presentation, followed by a Q&A with Szafran, will take place on Friday, July 9 at 12 p.m. via Zoom. It is open to all alumni and friends who register for Reunion.

Szafran’s Reunion presentation will not be her first virtual connection with fellow SUNY Potsdam alumni, nor her first time presenting to members of the Potsdam family. In March of 2021, she co-hosted a virtual Florida gathering that replaced the annual in-person alumni luncheons in the sunshine state. She also took part in an alumni encouragement video at the end of the Fall 2020 semester to champion current students as they persevered through the pandemic. Prior to COVID-19, Szafran visited campus to talk with computer science classes.

Szafran takes advantage of each opportunity to connect with her alma mater not only because she enjoys it but because she feels a responsibility to show students and alumni what is possible for them.

“I know that the fact that I work for NASA is not common; it’s not a common occupation, especially coming out of a liberal arts college. And I feel like it’s about representation,” she says. “You can’t know that there is something available unless you see it, unless you know it’s there.” 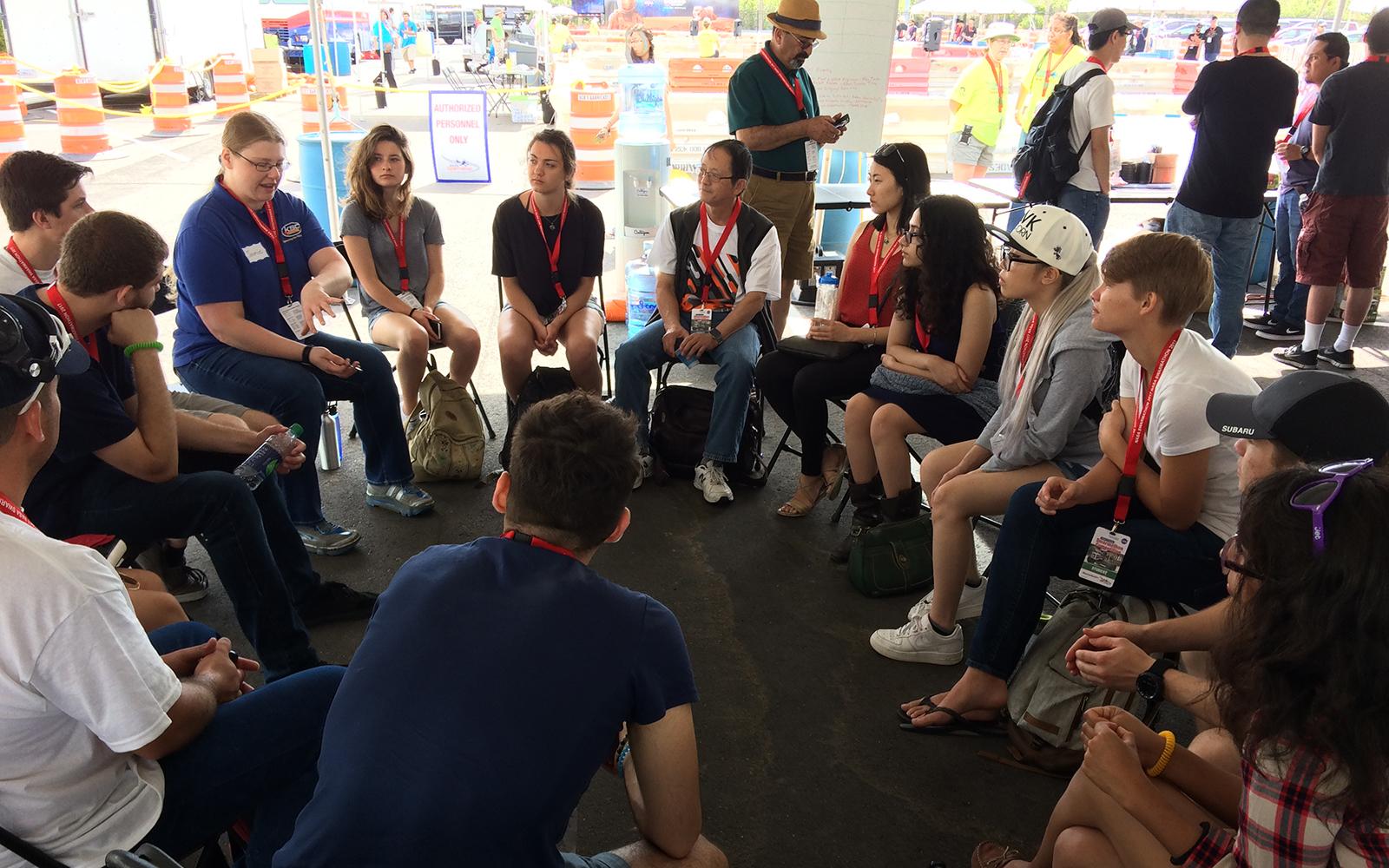 Szafran participates in a “Meet an Engineer” session as a part of the college NASA Swarmathon competition.

Szafran is a perfect example of the value of a liberal arts education, which allows students to explore majors, minors and courses across many disciplines. Though her computer science degree may have the most direct application to her work at NASA, she also treasures her degree from Crane.

One tangible benefit of her time as a music student is a lack of nerves while speaking in public. “You can’t get through a music degree and still have stage fright, or if you do, you learn to manage it,” she says.

She has found that she is not the only person at NASA with a background in music. “If you look around the group I work in—the software branch—the vast majority of people either play some instrument, sing or do theatre, which shows you that there is some kind of mental overlap, even though you wouldn’t necessarily expect it to be there.”

Whether solving a software conundrum or performing in a community ensemble, Szafran is grateful for her education from SUNY Potsdam and the many ways it prepared her to reach for the stars.