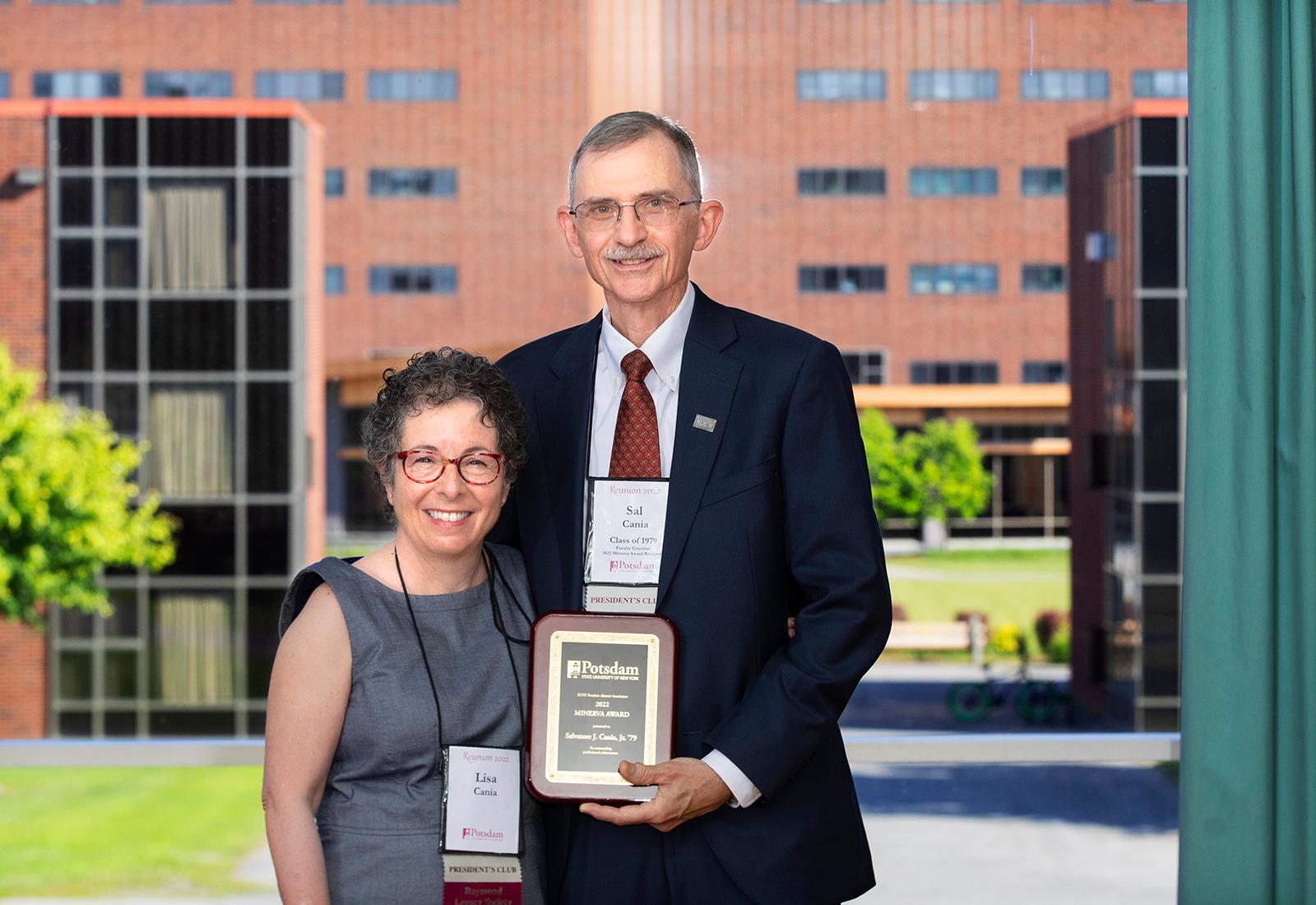 Sal Cania ’79 & ’82 of Lee Center, N.Y., is the recipient of the 2022 Minerva Award from the SUNY Potsdam Alumni Association. He is pictured with his wife, Lisa Cania.

The Minerva Award is presented annually to a graduate who has demonstrated outstanding professional achievement in his or her field. It is the highest honor that a SUNY Potsdam graduate can receive from the association.

A two-time graduate from The Crane School of Music, Sal Cania ’79 & ’82 started his professional career at SUNY Potsdam. Over the years, he served in roles across campus—from The Crane School of Music to the Office of College Advancement. In 1989, he founded the Community Performance Series, an arts partnership in residence at SUNY Potsdam, and became its first executive director. After 20 years of service, he left SUNY Potsdam to work for neighboring institutions, first at St. Lawrence University and then Clarkson University, but his commitment to his alma mater never wavered.

In 2015, Sal and his wife, Lisa, established the Cania Family Endowment to support CPS, which he had continued to steward, serve and support even after leaving the executive director position. Each year, the Canias’ generosity provides funding for CPS to invite exceptional visiting artists, such as the Vienna Boys Choir and Patti Lupone, to entertain and inspire our students and local community members.

Sal rejoined the SUNY Potsdam family professionally in 2018 as the vice president for college advancement and executive director for the Potsdam College Foundation. He quickly built relationships with the members of his team, the campus and the Foundation Board of Trustees.

Sal fostered a culture of transparency and trust in Advancement, and his professional mantra has been one of education, service and support—for SUNY Potsdam alumni and donors, for students and colleagues, for the Advancement team and for the entire Potsdam community. Much of what Sal does is behind the scenes and completed without notice or recognition—a testament to his admirable humility.

In June 2022, Sal retired from his position at SUNY Potsdam, and he and Lisa moved to the house they built in Central New York.