Crane Opera Ensemble to Present Dual Performances of ‘Mahagonny Songspiel’ & ‘The Medium’ On Stage at the Performing Arts Center from Nov. 11 to 14 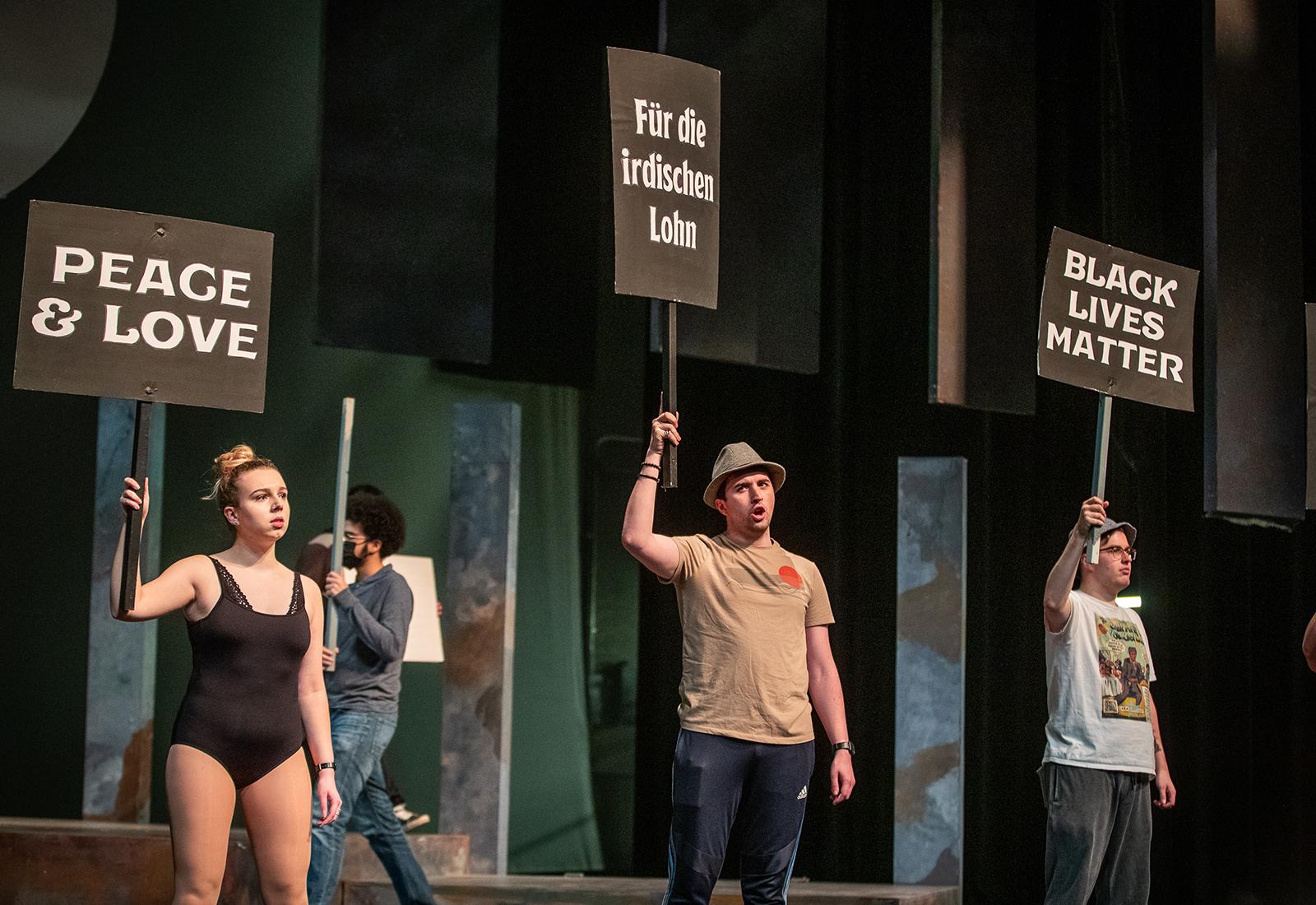 The award-winning Crane Opera Ensemble is thrilled to present its first live production since the global pandemic, as it stages an operatic double-bill of 20th century works, including “Mahagonny Songspiel” by Kurt Weill and Bertolt Brecht, and “The Medium” by Gian Carlo Menotti.

In collaboration with SUNY Potsdam’s Department of Theatre and Dance, the Crane Opera Ensemble and Crane Chamber Orchestra will present a double feature examining deception, grief and unmet expectations, from Nov. 11 to Nov. 14.

This production of “Mahagonny Songspiel” and “The Medium” will be presented in the Proscenium Theater in SUNY Potsdam’s Performing Arts Center on:

“People are hard-wired to seek out belonging and connection. Coming out of a global experience that made connection impossible, I had hoped to highlight that basic need in these two productions. The stories we are telling are of seeking connection, establishing belonging, and seeing what happens when we lose them,” said Dr. Anthony Eversole, director of opera at The Crane School of Music. “In our return to live performances, I have been delighted to see such admirable work ethic, collaboration and eagerness to take enormous emotional risks from this cast, crew, and musical and creative team. It has been a pleasure to explore the historical, social and emotional themes of these two brilliant works, and we can’t wait to share them.”

The performances will open with Kurt Weill and Bertolt Brecht’s “Mahagonny Songspiel.” Mahagonny is the fantasy city of decadence, drinking, drugs and debauchery, with strong parallels to Berlin during the “golden years” of the 1920s Weimar Republic (during which the work was composed). However, once they arrive, its residents learn it doesn’t quite live up to the hype. The music includes the “Alabama Song,” as covered by The Doors, David Bowie and many others.

Following an intermission, the ensemble will present Gian Carlo Menotti’s supernatural ghost story, “The Medium.” The opera explores the heavy cost of deception and prioritizing fear. In this English language thriller, a fraudulent psychic who exploits people’s grief for money encounters the unknown. Her uncontrollable fear leads to terror, turmoil and death. “The Medium” is double cast.

The stage director for this production is Dr. Anthony Eversole, the music director/vocal coach is Brock Tjosvold, and the conductor is Dr. Ching-Chun Lai.

Tickets for the Crane Opera Ensemble production of “Mahagonny Songspiel” and “The Medium” are $10 for the general public, and $6 for senior citizens and students. To purchase tickets, contact the Community Performance Series Box Office, located in the lobby of SUNY Potsdam's Performing Arts Center, by calling (315) 267-2277 or by visiting www.cpspotsdam.org/.

You can also reserve a free ticket in advance for the special morning preview performance on Nov. 11 by contacting the CPS Box Office at (315) 267-2277.

These performances are not recommended for youth ages 13 and under, due to the adult themes of violence, abuse, murder, drug use and alcohol consumption. Please note that “The Medium” includes the word “gypsy,” in reference to the Roma people who migrated from India centuries ago. To many, its use is a pejorative. The Crane Opera Ensemble did not eliminate or change the word from the original libretto written in 1946, and you will hear it in this performance. The Crane Opera Ensemble rejects all forms of racism and sexism, and rather than remove it, we encourage conversation and inclusion.

North Country Public Radio is the media sponsor for this production.

The award-winning Crane Opera Ensemble is a significant source for opera and music theatre in the North Country region of New York State. The ensemble provides exciting opportunities for students to experience all facets of opera performance and production, through rehearsals, coaching and classes related to performance practices and production techniques. The ensemble’s productions have garnered awards from the National Opera Association (2015, 2010, 2009, 2008, 2003), The American Prize (2011, 2017), and the Kennedy Center American College Theatre Festival (2010). To learn more, visit https://www.potsdam.edu/academics/Crane/opera.