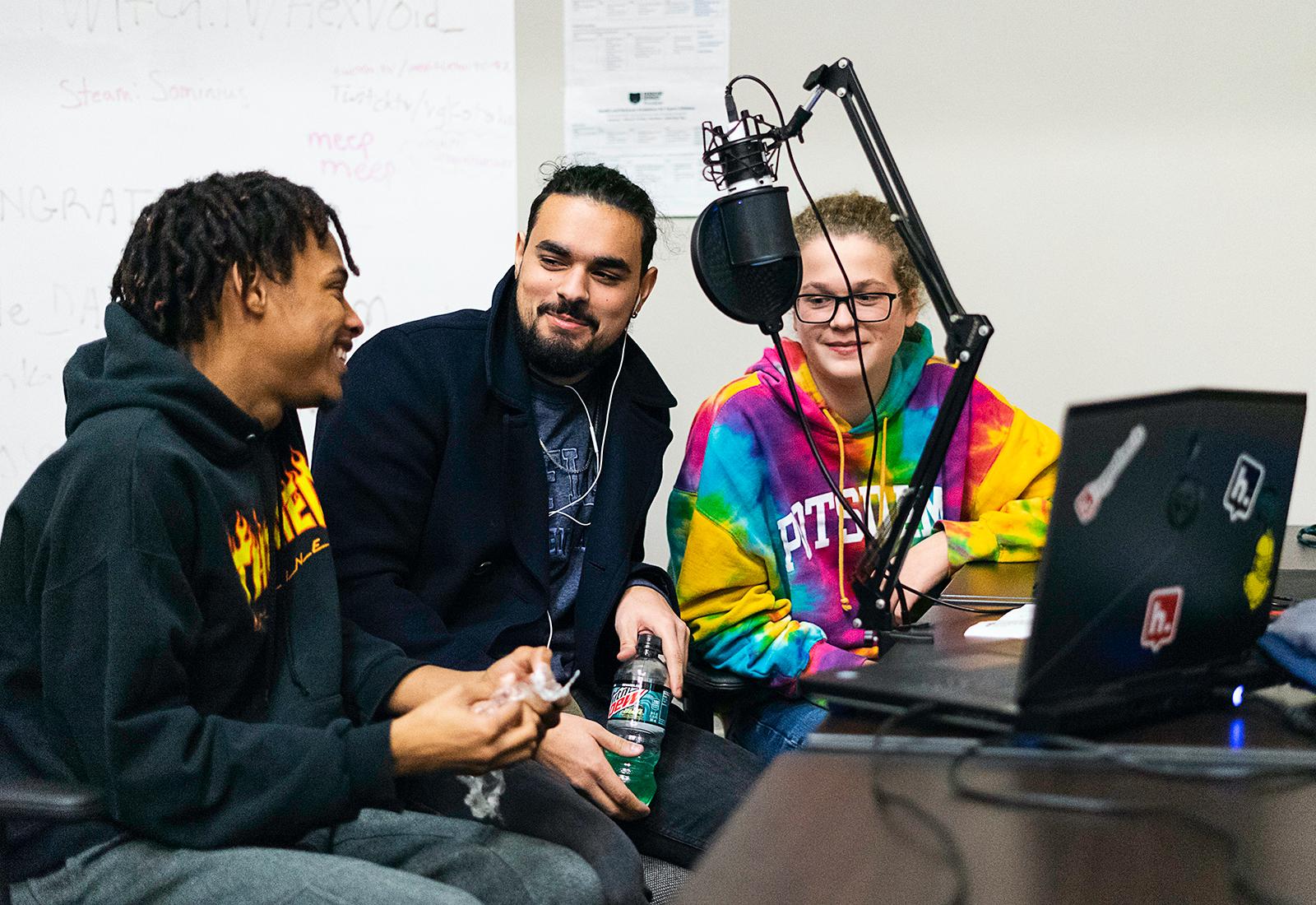 In a year where so much has changed, the students on SUNY Potsdam’s Esports Club have been able to keep competing and supporting each other through it all—and now they have added supporting a great cause to that list of achievements.

Not quite knowing what to expect, they set a modest goal—which they quickly blew out of the water, said Colin Michaud ’22, a member of the content creation team and a business administration major from Massena, N.Y.

“This semester, specifically, has been a struggle with COVID, but I've been really happy with how the team has come together to try and make it all work virtually. The Extra Life charity stream is a perfect example of that happening. The entire team really showed up and we all worked really hard to make it happen,” Michaud said. “Our stream ran from noon until midnight, and by the end of the 12 hours we managed to raise $500, which was five times our original goal of $100. It felt amazing to raise money for such a good charity and knowing that it's going to stay local is even more fulfilling. The money will be going to the Samaritan Medical Center right down in Watertown.”

Team Captain Christopher Falcon ’21, a studio art and graphic design/new media major from Brooklyn, streamed for six hours as part of the fundraiser.

“My experience on the team has overall been very positive… Having a space where we were able to come together and work on something that could help people who really needed it was nice. Being able to work with fellow students that I trust to help get the process done was also very nice. I'm very satisfied with the money we were able to help raise. I really enjoyed the whole experience and I hope everyone who tuned in did as well,” he said.

Since its inception in 2008, Extra Life has raised over $70 million for 170 Children’s Miracle Network Hospitals across the U.S. and Canada. Donations stay local to fund critical treatments and healthcare services, pediatric medical equipment and charitable care. To sign up to host your own fundraiser or donate to one, visit www.extra-life.org.