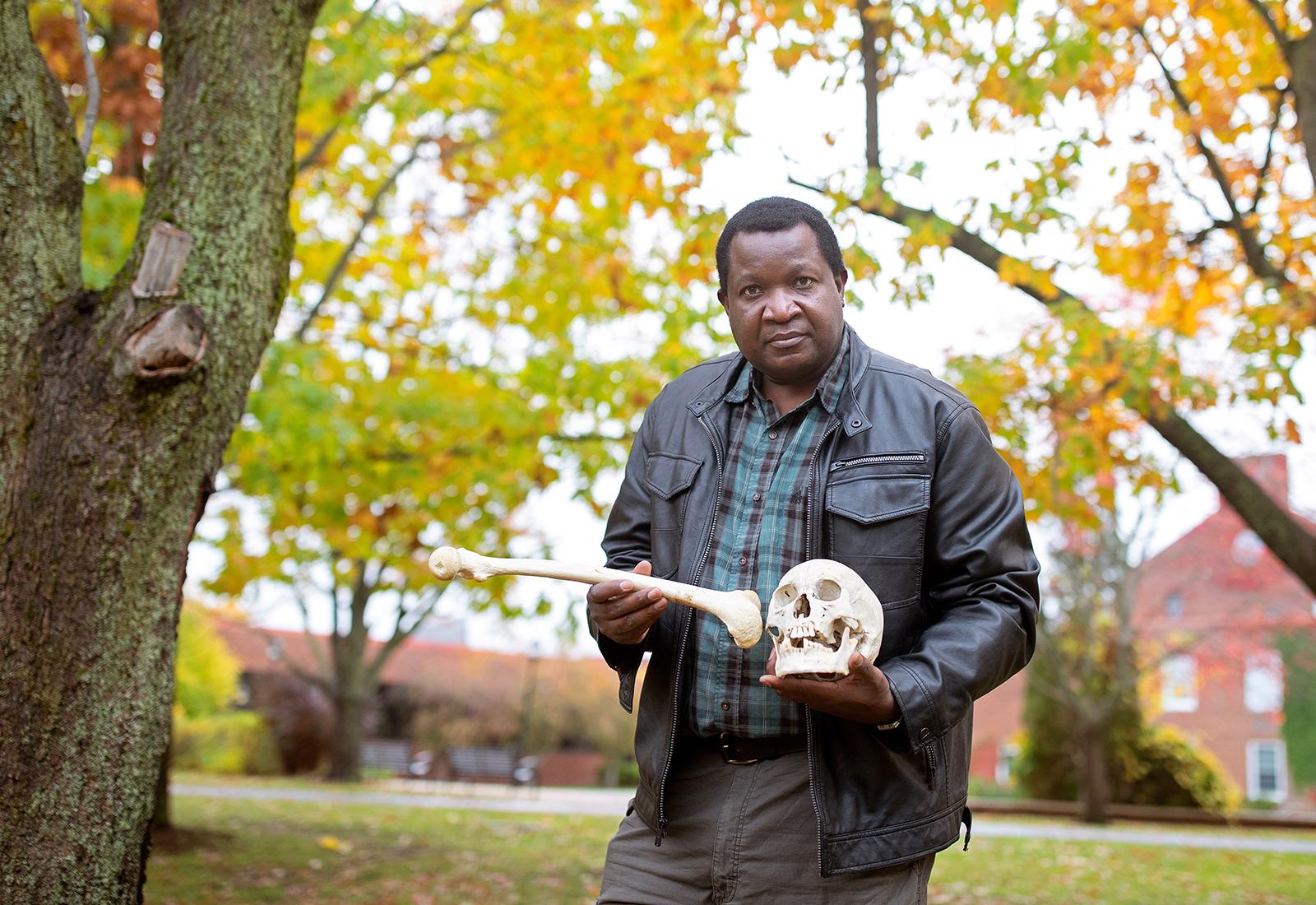 Dr. Nasser Malit is an associate professor of biological anthropology at SUNY Potsdam.

SUNY Potsdam Associate Professor of Biological Anthropology Dr. Nasser Malit will travel to Kenya this summer to lead field research at Sibiloi, a site on the western side of Lake Turkana.

The research is part of a groundbreaking research collaborative, the Turkana Miocene Project, funded by a $2.7 million four-year grant from the National Science Foundation’s (NSF) Frontier Research in Earth Sciences (FRES) Program.

Malit and the other members of the international research team are working to understand how climate change and tectonics on Miocene ecosystems in this region influenced life and evolution, from 17 million years ago up to the present day.

“I am a collaborator on this project that involves over 40 researchers from many institutions across countries on three continents (Africa, Europe, North America). The goal of the project is to investigate the impact of climate change, and the Rift Valley uplifting, on the evolution of various life forms in the region,” Malit said.

Malit has extensive experience conducting research in the Great Rift Valley, including the excavation of a 7,000-year-old human skeleton in partnership with the famed paleoanthropologists in the Leakey family in 2004. His specialization in studying bones extends to both animals and humans, and he supports forensic investigations in consultation with law enforcement in addition to his own archaeological investigations.

“The trigger for this project was a fossil whale that was discovered in Loperot, one of the sites in the Lake Turkana Basin. Finding a sea mammal so far away from the Indian Ocean means that at some point the ocean was connected with the ancient Turkana Basin; now that area is uplifted due to tectonic activities. The formation of the Rift Valley System and the attendant climate change mainly in the Miocene (25 to 5 million years ago) is believed to have impacted the evolution of many life forms, including primates and our own ancestors. This work is therefore driven by geologists, paleoclimatologists and paleontologists,” Malit said.

When he travels to Kenya this June, Malit will work with his co-principal investigators to recover fossils and study the geology and dating of the site.

“The Sibiloi site is an uninvestigated site and is a tourist site in northern Kenya known for many fossil tree trunks and leaves. The general geology of the area indicates it could be around 12 million years old,” he said.

About SUNY Potsdam:
Founded in 1816, The State University of New York at Potsdam is one of America’s first 50 colleges—and the oldest institution within SUNY. Now in its third century, SUNY Potsdam is distinguished by a legacy of pioneering programs and educational excellence. The College currently enrolls approximately 3,000 undergraduate and graduate students. Home to the world-renowned Crane School of Music, SUNY Potsdam is known for its challenging liberal arts and sciences core, distinction in teacher training and culture of creativity. To learn more, visit www.potsdam.edu.

Due to inclement weather, all early morning classes have been canceled at SUNY Potsdam today, Thursday, Jan. 26