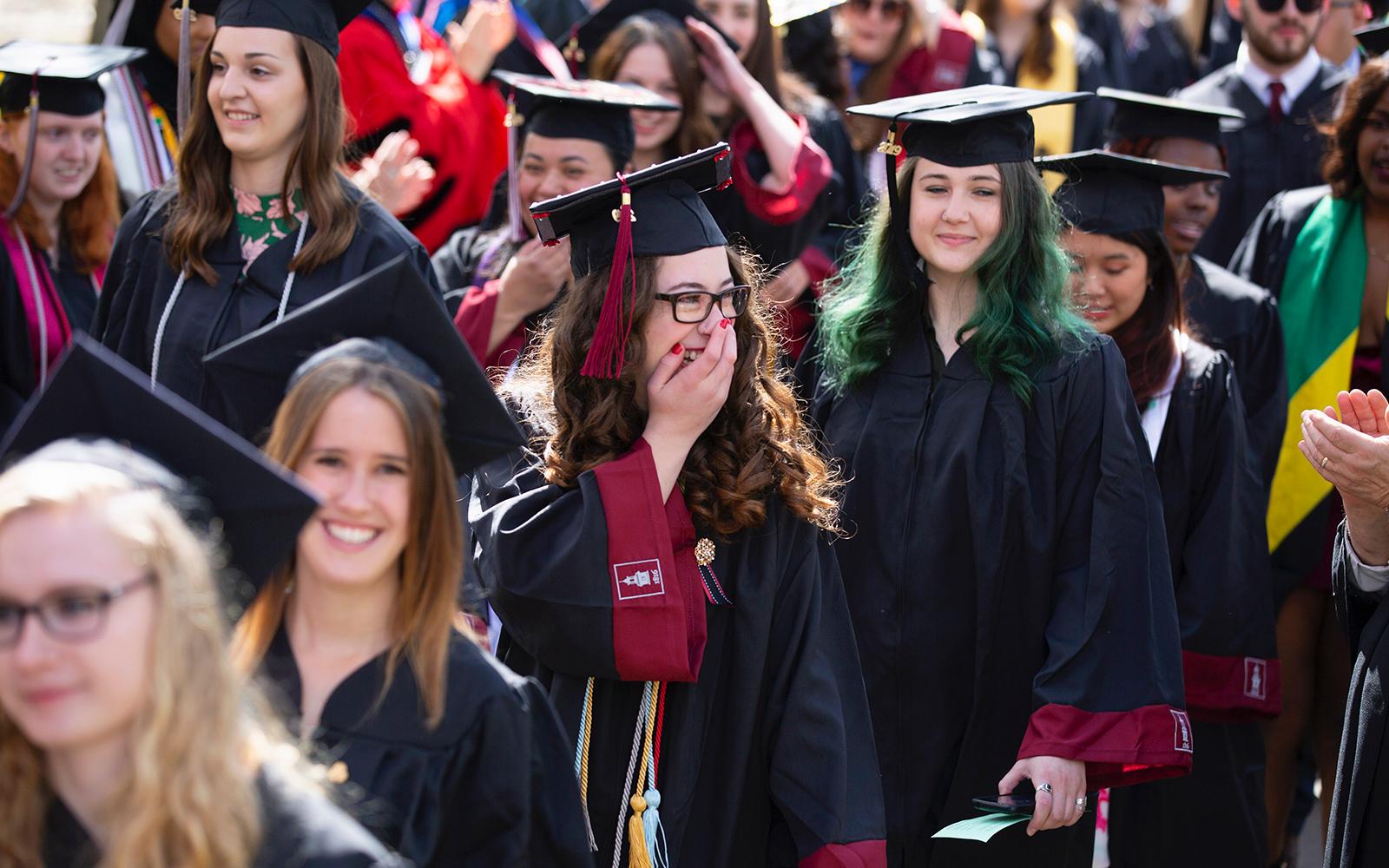 Graduates line up during Commencement at SUNY Potsdam. The College was highly ranked once again on the CollegeNET Social Mobility Index.

SUNY Potsdam is once again a leader in putting degrees and good jobs within reach of economically disadvantaged students — climbing steadily over the past several years in an index meant to measure how well higher education is serving those who face economic challenges in achieving a college education.

SUNY Potsdam ranked No. 52 among 1,458 institutions measured in the 2019 Social Mobility Index published by CollegeNET. The index, now in its sixth year, evaluates how well four-year U.S. colleges and universities serve economically disadvantaged students (with family incomes below the national median) at lower tuition and graduate them into well-paying jobs. The College moved up from a ranking of 109 in 2018, and 133 in 2017.

“Improving access to higher education and putting students on a path to success is our highest purpose at SUNY Potsdam,” said College President Dr. Kristin G. Esterberg. “We firmly believe that economic circumstances should not be a barrier to achieving your dreams. Our continued improvement in the SMI rankings only helps illustrate the positive impact of affordable tuition, accessible faculty, small class sizes and an entire campus focused on helping students meet their goals.”

The Social Mobility Index is most sensitive to lower tuition rates and enrollment levels of students from families making $48,000 or less, but also examines graduation rates, early career salaries of graduates and campus endowment levels.

State University of New York campuses have ranked highly during the lifetime of the index, and New York State was positioned third overall behind California and New Jersey in 2019.

“The SMI helps families and policymakers determine which colleges are addressing the national problem of economic mobility,” CollegeNET President Jim Wolfston said. “Administrators have a better chance to help strengthen U.S. economic mobility and the promise of the American Dream if they can identify and learn from colleges that are skilled at doing this.”

U.S. News & World Report also ranked Potsdam at No. 37 (in a tie) in the publication’s Top Performers on Social Mobility list, among more than 170 regional universities in the north measured last fall. This list includes schools that enroll and graduate large proportions of disadvantaged students receiving federal Pell Grants.