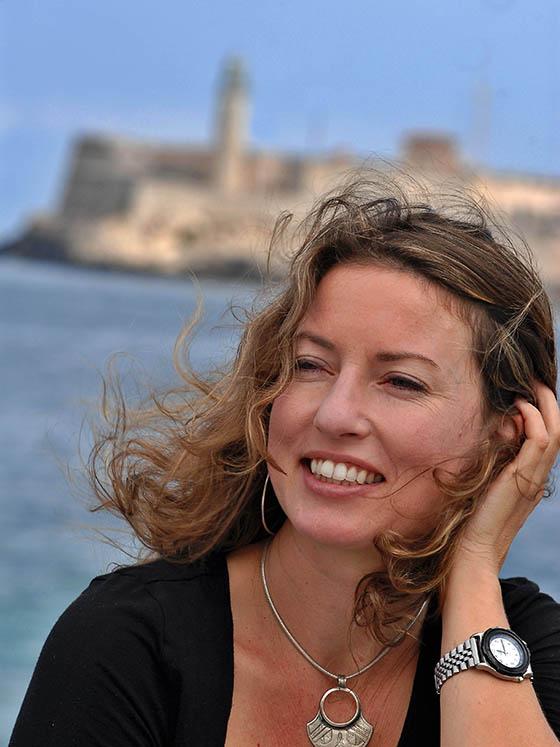 SUNY Potsdam is pleased to welcome the world-renowned documentary filmmaker Catherine Murphy to campus for an upcoming residency and screening of her film, “Maestra.”

Additionally, one of the stars of the film, Griselda Aguilera, a former Cuban Literacy Campaign volunteer who is visiting the United States for the first time, will join Murphy for a special screening of the documentary.

A campus welcome reception is planned for Wednesday, Feb. 8 at 6:30 p.m., in the Rebecca V. Sheard Literacy Center.

On Thursday, Feb. 9, Murphy and Aguilera will visit various classes, followed by a public screening of “Maestra” at 7 p.m., in the Performing Arts Center’s Black Box Theater. This event is free, and the public is invited to attend.

Through current-day interviews filmed in their homes in Havana, along with archival film footage and still photos, the documentary examines the campaign and how it changed the volunteers’ lives as women.

Murphy is a San Francisco-based filmmaker who has spent much of the last 20 years working in Latin America. She lived and worked in Cuba in the 1990s, earning a master’s degree in sociology from the University of Havana. Currently, Murphy is an adjunct professor at New York University’s Center for Global Affairs and is the founder/director of The Literacy Project.

Aguilera was seven years old in 1961 when she saw the droves of young people euphorically going off to “alphabetize” the nation, and insisted on volunteering for the campaign. Too young to be sent out to the countryside, she was given one student whom she taught to read and write in her home. His name was Carlos Perez, and he was 58 years old. The experience stayed with her and profoundly contributed to her personal and social development. Aguilera later became a math teacher, and has wholeheartedly dedicated her life to teaching ever since.

The Literacy Project is a non-profit multimedia project devoted to the topic of adult literacy in the Americas, founded by Murphy in response to the magnitude of adult illiteracy in North and South America. Since 2003, The Literacy Project has focused on researching and recording oral histories of volunteer teachers from the 1961 Cuban Literacy Campaign, which is to date the most ambitious and successful national effort to eradicate illiteracy.

The School of Education and Professional Studies at SUNY Potsdam has been preparing educators for nearly 200 years. To learn more about teacher education at the College, please visit www.potsdam.edu/academics/SOEPS/education.

Founded in 1816, The State University of New York at Potsdam is one of only three arts campuses in the entire SUNY system. SUNY Potsdam’s arts curriculum offers the full palette: music, theatre, dance, fine arts and creative writing. No matter the discipline, people from all backgrounds can find their creative compass at Potsdam, with myriad arts immersion experiences available for both campus and community.