Examining Humanity Through an Anthropological Lens

From nightly performances on a Royal Caribbean cruise line, to acting gigs all over the world, Charlie Sarkioglu ’22 has had a fruitful career embracing his passion for the arts. Now he’s shifting gears as he completes his undergraduate degree in anthropology at SUNY Potsdam—something that he believes will positively impact his future theatrical projects. 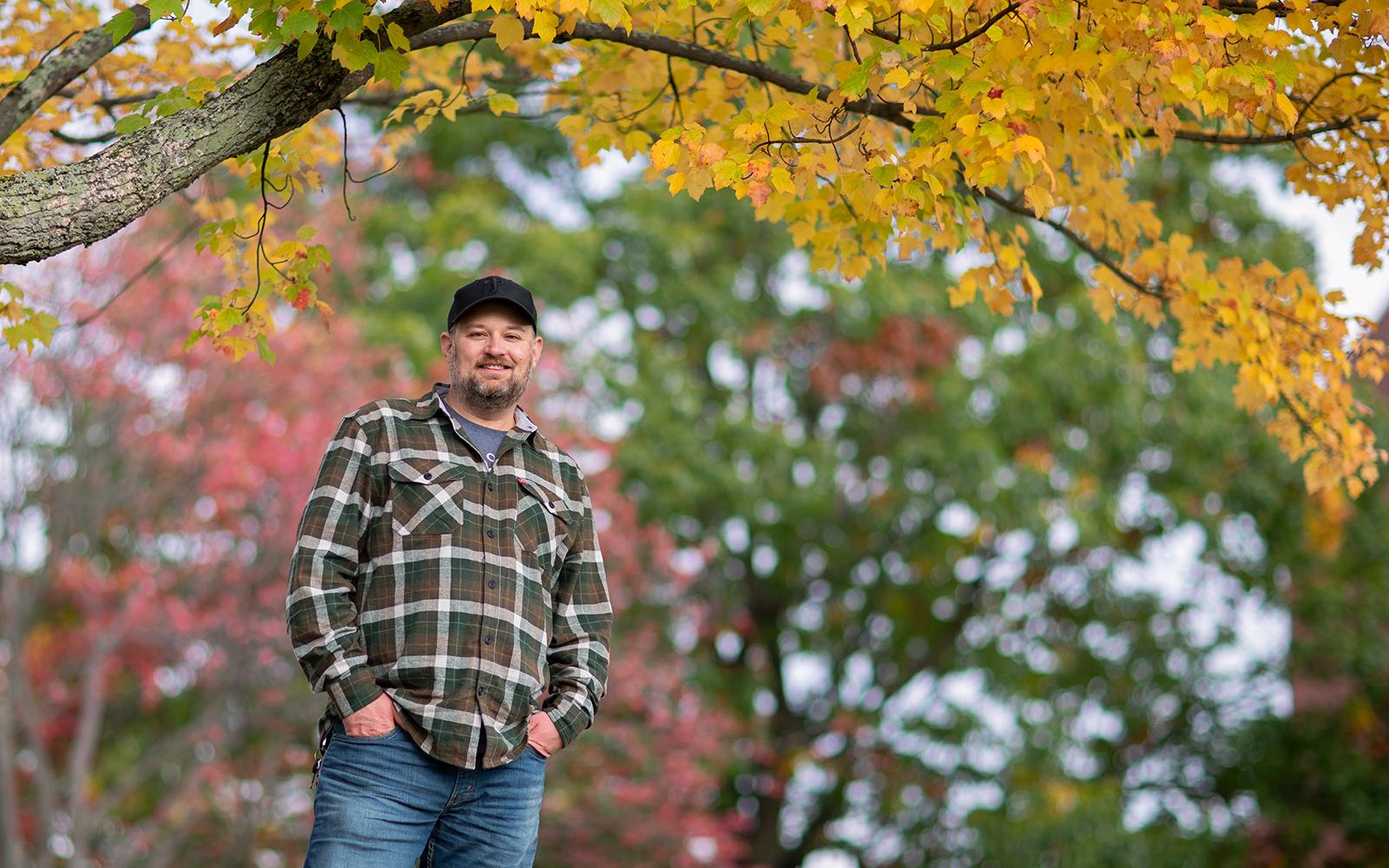 After receiving his associate degree in accounting more than 20 years ago, Sarkioglu had intended on pursuing his bachelor’s degree in business administration, but his interest in music and acting sent him down a different path. In 2001, he moved to New York City to enroll in the American Musical and Dramatic Academy (AMDA), paving the way for a career as a stage performer.

“I had always been involved in the arts, singing, performing, ever since I was a child, and then I figured out that I could make a career out of it,” he said. “I toured for a long time, and I managed to do it on my own for 10-plus years, in the city with very interesting living arrangements. I would audition, get a job, and go out on the road again.”

From one stage to the next, in another city every night, Sarkioglu was always on the move, jet setting around the world in one production after the next. “Probably the most well-known thing I was in was ‘Hairspray the Musical.’ We toured all throughout the U.S. and Canada, and we went to Japan for a month. It was a great experience,” he recalled.

His involvement in “Freedom Train”—a Theatre for Young Audiences (TYA) production focusing on the life of Harriet Tubman—was the highlight of his acting career. Although a production for children, challenging topics of slavery and abuse were featured on stage as Sarkioglu played the role of the overseer on a southern plantation.

“The show is very powerful, but it speaks to K-12 audiences. It was rewarding, and ironically, at the end of the show, everyone wanted to talk to Harriet Tubman and the guy with the guns, which was me. Basically, you’re the butt of the joke, you make them laugh, and the children love it. It’s such a great show and the story is so well told,” he said. “Thinking about myself at that time playing that role, I’ve learned so much about how physical violence is the tip of the iceberg when it comes to slavery.”

Now at SUNY Potsdam, he’s looking at the past, and similar themes of racism, through an anthropological lens. With classes ranging from human origins to ancient people and places, he’s been exploring a broad range of topics, including slavery in his Archaeology of Black Lives course with Dr. Hadley Kruczek-Aaron—a fitting segue from his role on stage in “Freedom Train.”

“We go over the different experiences that occurred during enslavement. It’s eye-opening, and much more horrible than I thought. We’re talking about how just cooking a meal from your heritage was a way of resisting this dynamic, this ideology of racism and enslavement,” he said.

Outside of the classroom, Sarkioglu recently completed an independent study with Dr. Kathryn Grow Allen, assisting with content delivery of her virtual fieldtrip to Nuuk and Sisimiut, Greenland. Students in Allen’s Applied Anthropology class followed along from home and completed coursework connected to the trip. Sarkioglu said that with around 6,000 archeological sites in Greenland that haven’t been excavated yet, and with global warming on the rise, anthropologists are concerned about losing valuable archaeology material as the ice melts.

“Climate change is affecting Greenland at an accelerated rate. All that preservation of the archaeological material culture is going to erode into the sea and be destroyed and lost,” Sarkioglu said. “In addition to expanding upon virtual international learning techniques, Dr. Allen's team was focused on the preservation of material culture in Greenland. During the trip, they hosted digital heritage workshops where museum staff, local artists, and community members could learn to preserve archaeological artifacts and family heirlooms by using 3D scanning and photogrammetry technology." 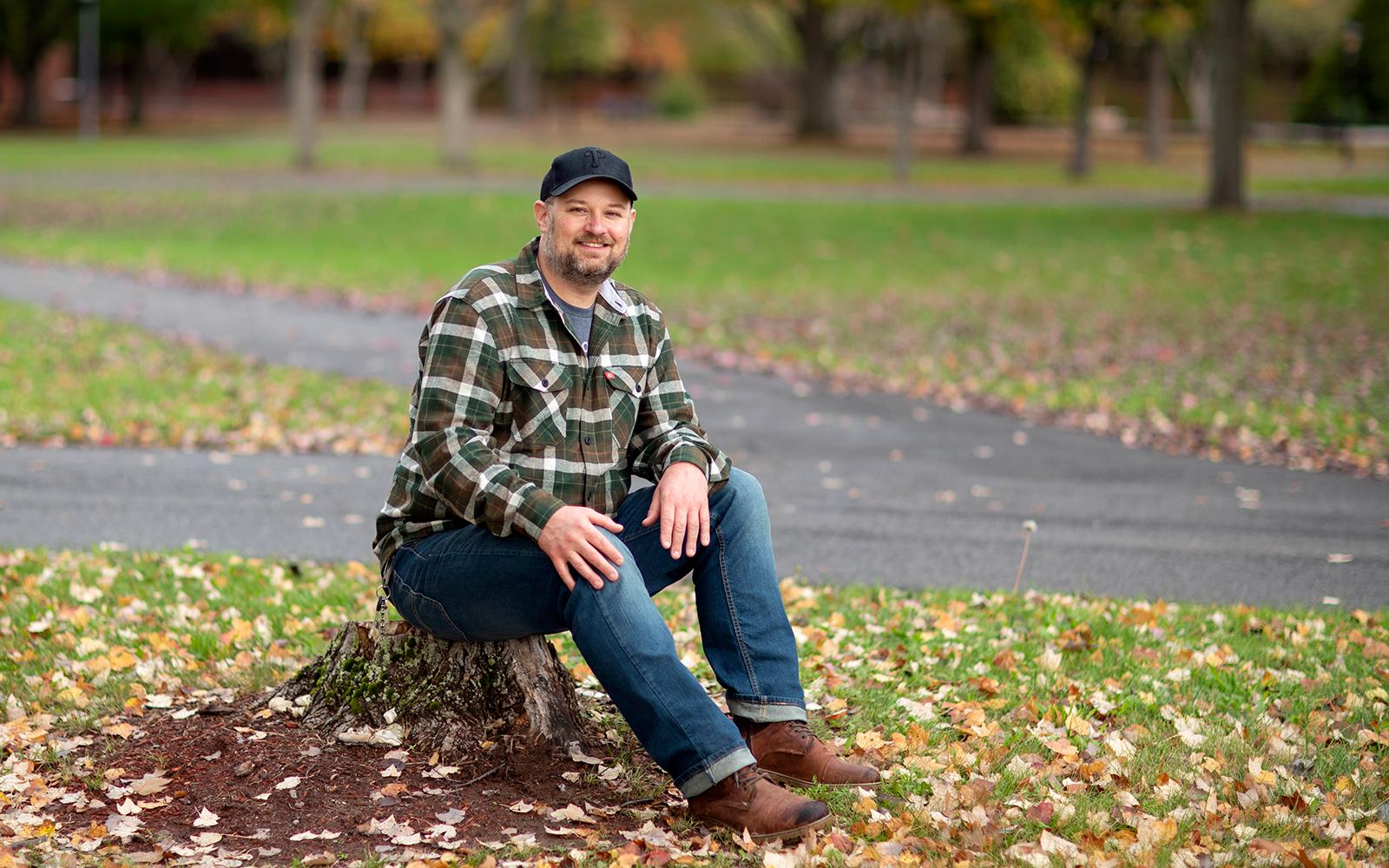 “Anthropology is studying what it is that makes us human. It’s really fascinating to me to be looking back in time, hundreds of thousands of years ago, at these people and the struggles they went through. We’re not just looking at them as bones in the desert or a cave, we’re trying to piece together what their lifestyle was like.”

With Allen overseas meeting with scientists and professors, Sarkioglu supported her from Northern New York as he disseminated video content to the class, edited her blog posts, and updated a new YouTube channel. The opportunity to work one-on-one with Allen, and other faculty like his advisor, Dr. Timothy Messner, is one of the things that sets SUNY Potsdam apart from the competition. Not just a number in a large lecture room, Sarkioglu has benefited from the College’s emphasis on applied learning and student faculty interaction.

“All of the professors have been very approachable. If you’re not available during their office hours, they’ll make time for another meeting with you. It’s been very good,” he said. “The classes are rigorous and challenging, but not unreasonable. I never thought I would be getting straight As at a university. I’ve been on the President’s List all three semesters.”

As he wraps up his degree in anthropology, he plans on combining his new knowledge with years of experience on the stage. “Anthropology is something that I want to incorporate into my future goals, which is to create a theatre experience that includes anthropological themes that will be shared with young audiences and families about human origins, diversity, and things of that nature,” he said. “Whatever I’m doing, I want it to have an artistic vision, to communicate and share stories and this vision about what I’m learning in the field of anthropology.”

To learn more about the Department of Anthropology, visit: https://www.potsdam.edu/academics/AAS/depts/Anth