The Air Force Research Laboratory had already offered Wessing a job while she was still a student at SUNY Potsdam. As the co-lead for the quantum algorithms team at the research lab, she reports to generals and colonels, as well as working in conjunction with companies outside the government. “I love working for the Air Force. I partner with industry and we have a very unique workspace. It’s very rewarding to see that bigger picture about how my work fits in and could impact the Air Force. At the same time, I still have a lot of say in where I drive that research,” she said. 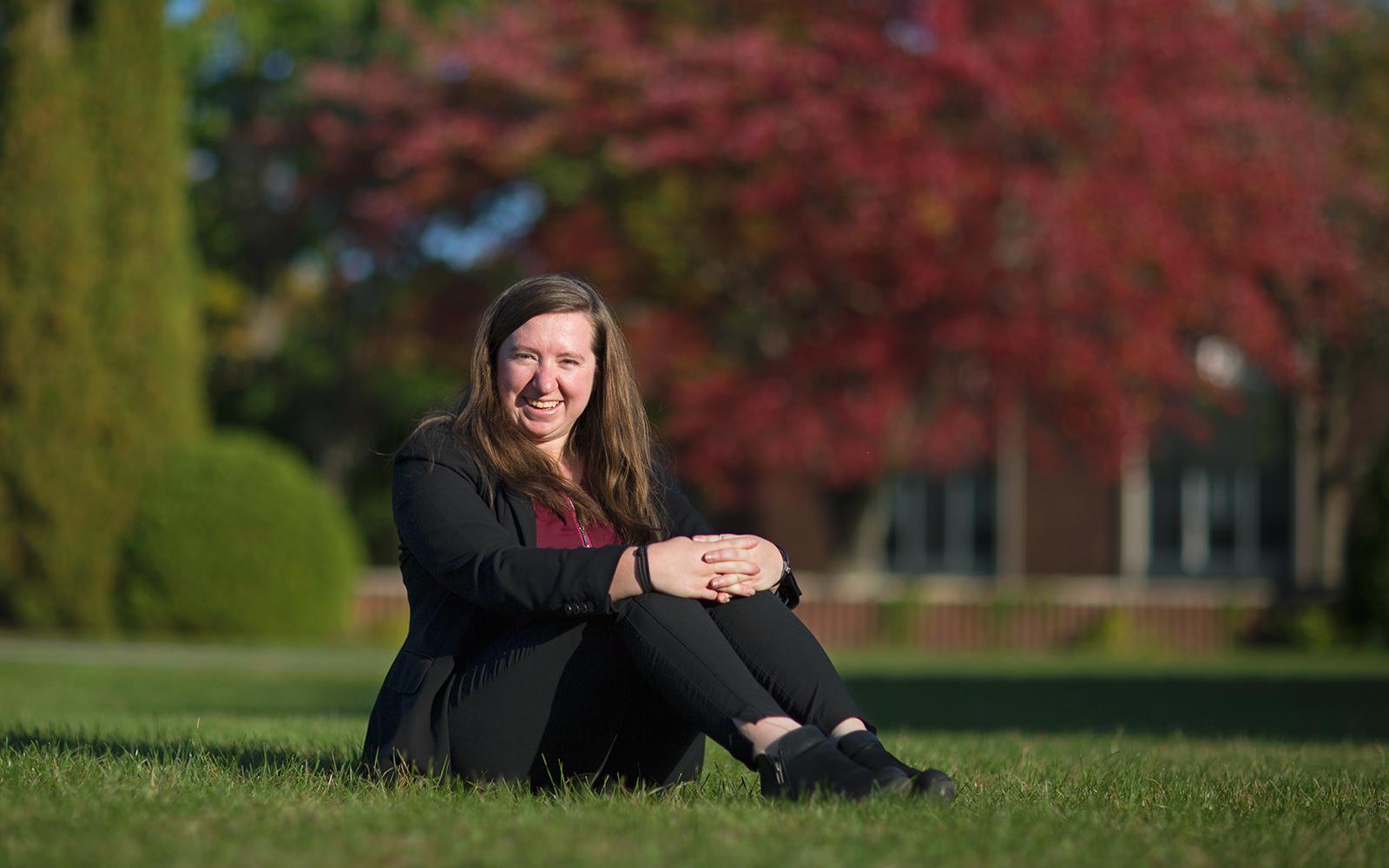 “As soon as I set foot on campus at SUNY Potsdam, I was like, ‘This is the place for me.’ It’s gorgeous up here in the fall, but even the layout of the campus being a square, it’s logical and it makes sense, and it feels like home coming up here,” she said.

When she first started at the research lab, she had the opportunity to use the D-Wave Quantum Processor, the only quantum device on the market at the time. Through a connection with NASA, which owned the processor, she could login remotely to do programming on a variety of quantum qubits. There are now more processors on the market—early versions of quantum computers—that she has started using. Although still in the research phase, the prospect of a fully functioning quantum computer will allow companies to process infinitely more data than is possible on a classical computer, and much faster.

“Quantum fundamentally is the study of single particles. We create quantum bits through trapped ions and photons, all at the single particle level. Once we do that, we can actually start to program on them,” Wessing said. “A quantum computer can factor really large numbers, really fast. It’s been theoretically proven. It hasn’t been built yet, but potentially we could take computing to the next level and have that exponential speed up on large classes of problems that people can’t do right now.”

Wessing’s work has shifted from using the D-Wave Processor to focusing more on the gate-based computers. After just forming a partnership with IBM, her team now has remote access to all of IBM’s quantum devices. “They have two 20-qubit quantum devices that we’ve been programming on, and they just made the announcement that a 53-qubit device is about to come online that we’ll have full access to—the largest commercially available device,” she said. “A lot of companies like Microsoft and Google have all joined the game. These are still not fully connected, fault tolerant, quantum computers, but it allows my community, the programming and math side, to start to form more than just theoretical papers, to form the algorithms and then to start to program them on actual hardware and actual devices.”

Her connection with the Air Force started when she got an internship at their research lab the summer leading into sophomore year at SUNY Potsdam. Although Wessing didn’t have a computer science background at the time, they immediately saw her potential. “They threw me into a coding project that I knew nothing about. But I loved it! So, when I came back to Potsdam that fall, I added the computer science degree,” she said.

The summer before her junior year, Wessing was back at the Air Force Research Lab for another internship. And then the following summer, she landed a third internship doing quantum research at Logos Technologies. It was there that she used the D-Wave Quantum Processor for the first time. “Because it had just come out on the market, the government was interested in what uses it could have. So, I piloted the research for Logos Technologies in a report that they provided back to the government looking into what the device could do and how to program it,” she said.

The hands-on training from those experiences proved to be invaluable. “Those internships opened up so many doors and opportunities. It’s a short period of time for you to make a good impression—because of potential jobs—but even more importantly, just to give you that flavor of whether it’s a good fit for you,” Wessing said.

After every summer internship, Wessing was back at SUNY Potsdam building off of her real-world experiences, with professors like Dr. Jason Howald, an associate professor of mathematics. As the advisor for her master’s thesis on algebraic geometry (a topic that she said aligned perfectly with quantum research), Howald guided Wessing through the process of completing her master’s degree through the BA / MA program.

“I can go into the math department and I can tell you every single math professor’s name and they would all know me,” she said. 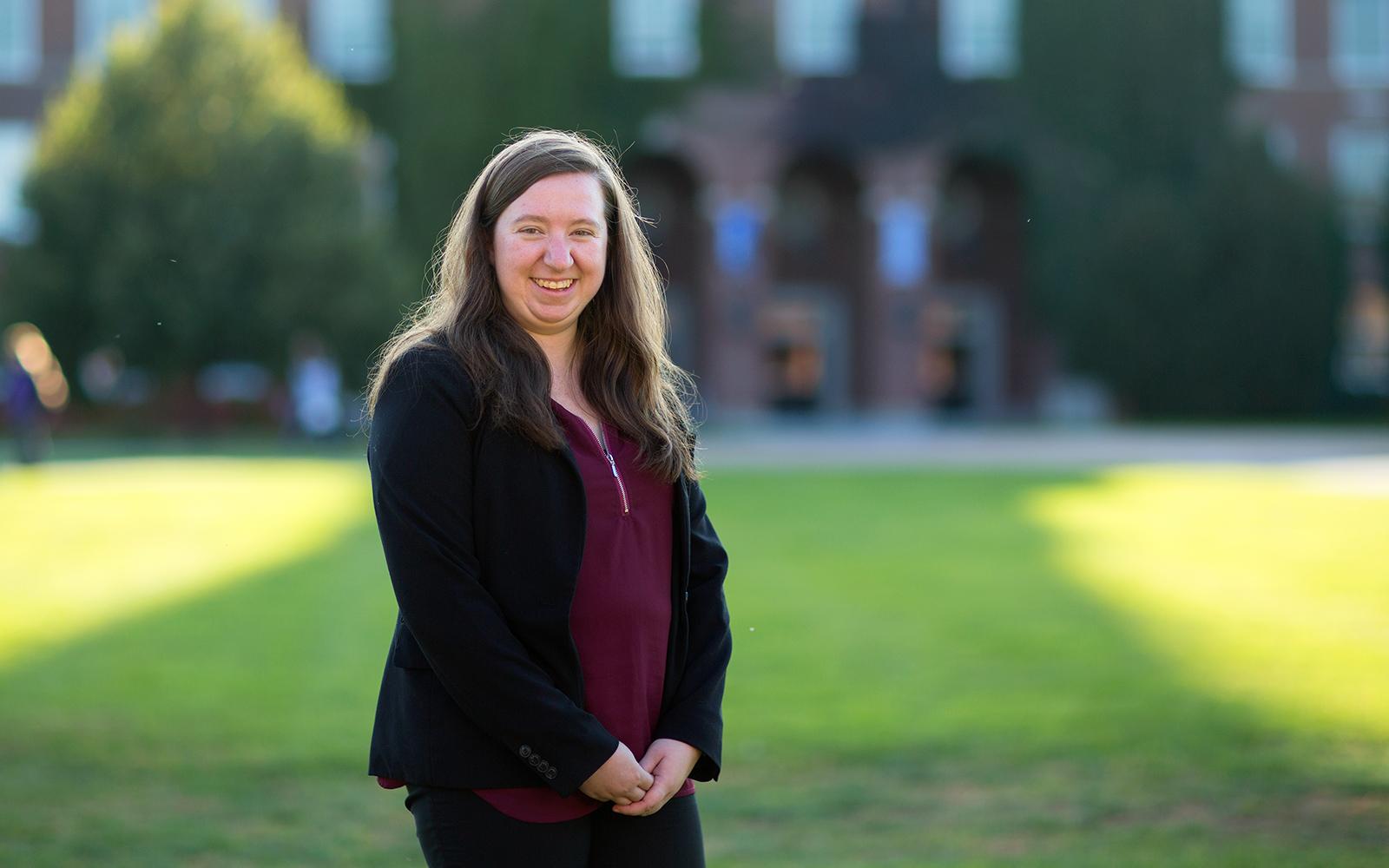 “He was my biggest supporter. He could relate things back to me in a more logical and theoretical way, rather than just saying, ‘Here’s a proof, do it.’ We had very similar mindsets, and if I was stuck with a problem, he could turn it around and give it me a whole new perspective,” she said.

Her interdisciplinary approach of combining math and computer science was the perfect foundation for her current career. “Our computer science department does a really good job with logic. With quantum you have to actually craft out the problems theoretically or logically before you try to tackle them.  So, having that fundamental, from both programs, of just thinking through everything logically first, was super beneficial and I use that every day,” Wessing said.

Despite a demanding academic workload, Wessing always made time for her social life and her friends. She was in the Pi Mu Epsilon math honor society, served as the secretary for the Math Alliance, was a student representative for the alumni association, and was also an Emerging Leader. Her closest friends and roommates were all music students, so she also spent many hours at The Crane School of Music. “I lived at Crane to support them, and to go to all of their performances. I would go to concerts and people would say, ‘Oh, what instrument do you play?’ And I would be like, ‘the calculator,’” she said.

Wessing continues to have a strong connection with her alma mater. She is on the Computer Science Alumni Board and regularly returns to campus to meet with faculty and students. “I’m always trying to reach back out and promote SUNY Potsdam, because this was my home and I loved it up here,” she said.

For more information about the Department of Mathematics, visit: https://www.potsdam.edu/academics/AAS/depts/math

For more information about the Department of Computer Science, visit: https://www.potsdam.edu/academics/AAS/depts/CS 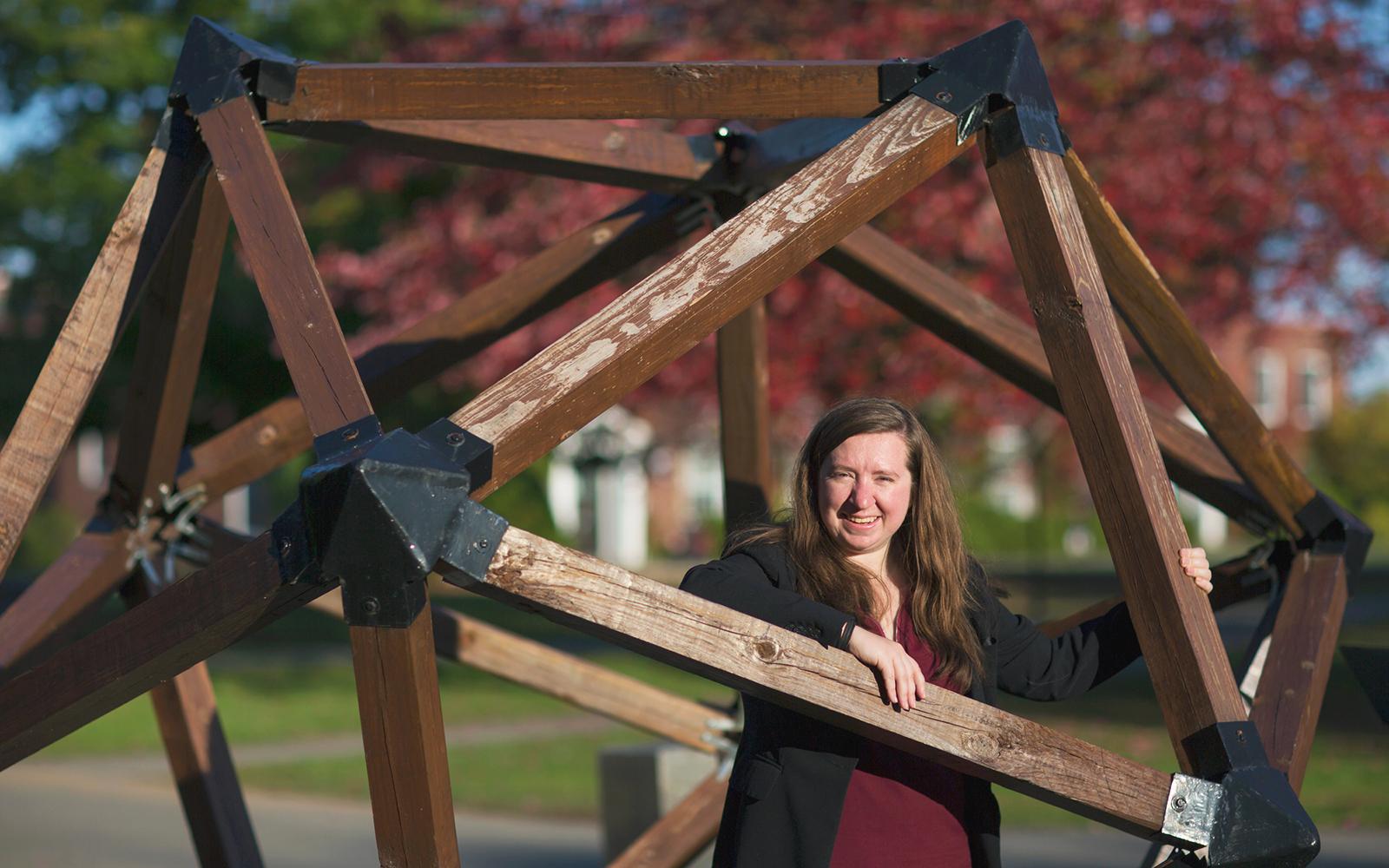