Why Study Mathematics at SUNY Potsdam? 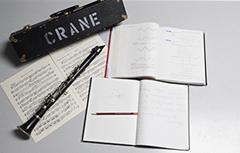 At only 33 Required Credit Hours, the math major pairs well with many other majors and minors 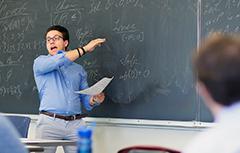 A nationally recognized program, it is an opportunity for strong and highly motivated students to earn B.A. and M.A. degrees in just four years at the cost of undergraduate tuition. 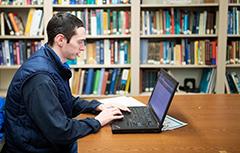 It answers the question “Where will I ever use this?” by strengthening students’ mathematical training for other disciplines.

Be Part Of A Close-Knit Community 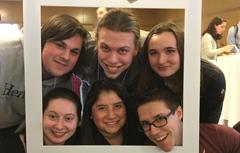 Do research with faculty, do an internship, attend local and national math conferences, and more 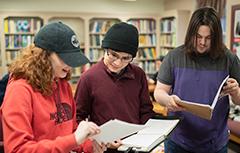 A fun place for students to gather every day, work together, solve problems, play games, and share interests. Make friends for life! 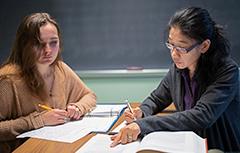 Professors who are passionate about teaching and mathematics work with students one-on-one to support their intellectual growth.

In just four years, Miryam Veliz Calderon ’20 & ’21 graduated from SUNY Potsdam with an undergraduate degree in math and Spanish, followed by a master’s degree in secondary math education. With a unique combination of language, math, and teaching skills, Veliz Calderon quickly landed a job back home on Long Island after commencement. At just 22 years of age, she’s already a leader in the classroom, working as a bilingual math teacher for immigrants who recently arrived in the U.S.

Graduating at the top of her class in high school, Anah Bogdan ’24 was looking for a college experience close to home where she could pursue her passion for mathematics. Now a sophomore, she has made the President’s List the past two semesters, and has added a second major in geology. She was recently asked to join a research team to examine rock formations in Texas’ Guadalupe Mountains National Park with Dr. Page Quinton and Dr. Mike Rygel. Leading up to that trip, Bogdan will be working as a field assistant in Montana to measure and describe 300 million-year-old rocks, valuable field that she will inform her research project in Texas.

After only three and a half years at SUNY Potsdam, Jeanne Kimmich Roberts '80 earned her bachelor’s and master’s degrees in mathematics, along with a minor in economics and a grade 7-12 teaching certificate. Despite her initial plan to teach, Jeanne accepted a software engineering job after college, which propelled her into a distinguished career in software systems and national security. In 1994, she established her own firm, Kimmich Software Systems, Inc. Jeanne recognized that her success would not have been possible without her education at SUNY Potsdam. In 2013, she and her husband, Ray, endowed the Jeanne Kimmich Roberts Scholarship to support academically talented female students pursuing a degree in math or computer science at SUNY Potsdam.

Paul Dougall ’20 is a true Renaissance man. Now in his last year at SUNY Potsdam, he is completing not only a degree in music business, but two separate degrees in mathematics as part of the Department of Mathematics’ BA / MA program—a unique opportunity for highly motivated students to graduate with both bachelor’s and master’s degrees in mathematics at the same time. Over the summer he landed an internship at the Saratoga Performing Arts Center where he was able to incorporate all of those disciplines.

Miryam Veliz Calderon ’20, a double-major in mathematics and Spanish, is the recipient of the Jeanne Kimmich Roberts Scholarship. The Roberts established their scholarship in 2013, designating it for academically talented female students pursuing a degree in math or computer science.

As she enters her final year at Potsdam, Veliz Calderon recognizes that her college experience would not have been the same without the generosity of Jeanne ’80 and Raymond Roberts, the donors of the Jeanne Kimmich Roberts Scholarship, which she has received for the past three years. A mathematics major herself, Jeanne says, “We wanted to help someone else go to SUNY Potsdam and major in the areas I was involved in. It makes us happy to help students who might not be able to go to Potsdam without a scholarship.”