Path of the Professional

After landing her dream job as the executive director for the St. Regis Tribal Gaming Commission in Akwesasne, Jill Benedict ’01 & ’24 was still looking for ways to challenge herself. Twenty years after receiving her undergraduate degree from SUNY Potsdam, she has returned to her alma mater to pursue an M.S. in Management—a fully online degree program that has allowed her to parlay her educational experiences into transferrable leadership skills for the Mohawk government.

“I was progressing in my career, and I hit a big milestone in 2018 when I was hired as the executive director. I was getting used to being in that position when the casino closed during COVID and everything was at a standstill. That’s when I heard about SUNY Potsdam’s leadership program, and I thought I would try it out,” she said.

“The program has really been career-changing. I use the tools that are being taught throughout my day.” 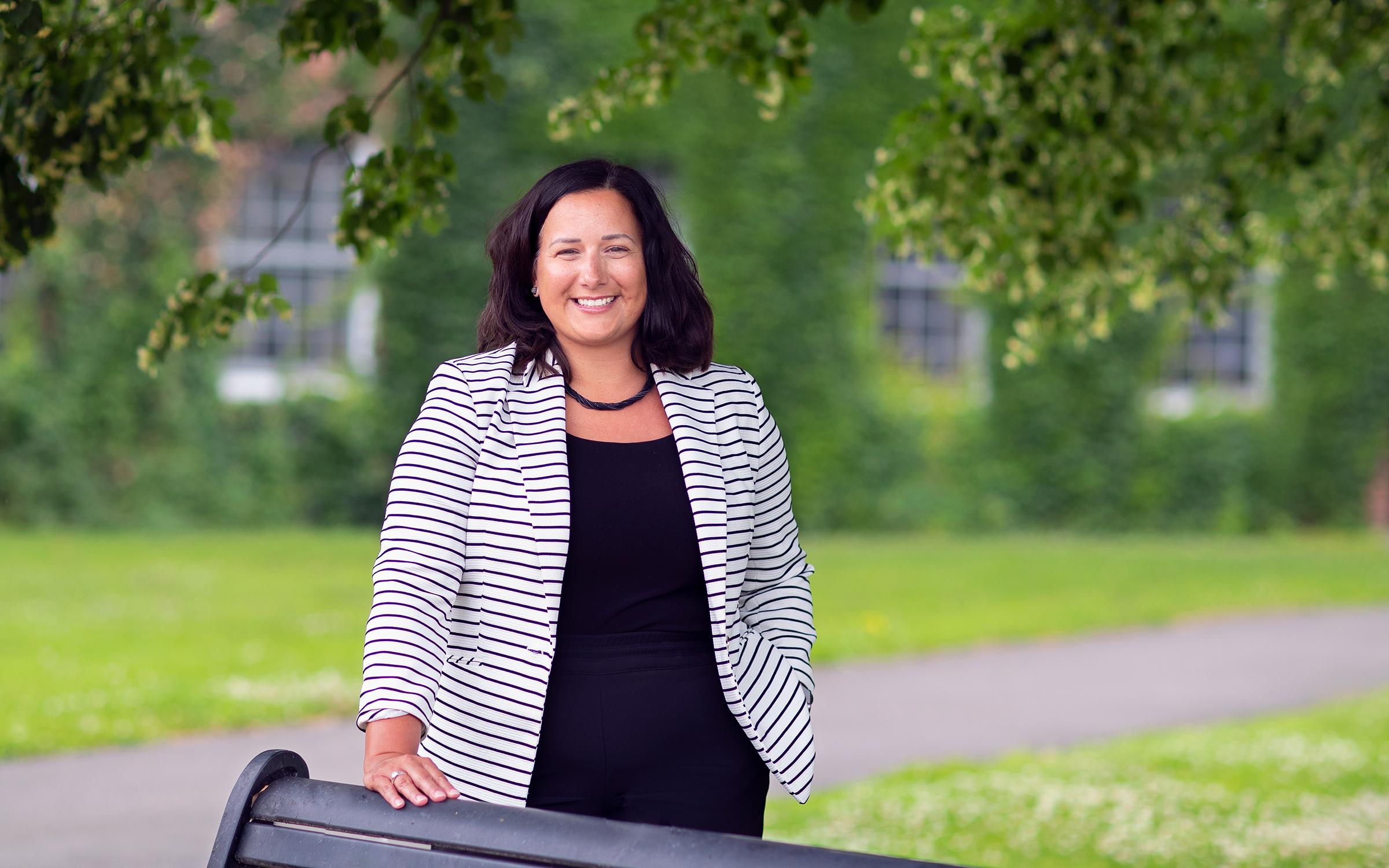 As an extension of the St. Regis Mohawk Tribe, the St. Regis Tribal Gaming Commission oversees regulatory compliance with the help of gaming inspectors, licensing, auditing, surveillance, and gaming network. “We make sure that the regulations are followed for the casino, acting on behalf of the tribe. We don’t actually work for the Casino,” she explained.

Although she is currently employed by the government, from 2003 to 2018 she worked directly for the casino in the compliance department. Promoted twice during her tenure, she rose to the position of director of compliance. “It involved auditing safety, reporting money, reporting suspicious activity, and setting up all of those programs from scratch,” she said.

Now, as the executive director for the Tribal Gaming Commission, her oversight extends to all aspects the casino operations. “It’s a cash business, and highly regulated, so Tribal Gaming maintains the integrity of the tribe, but also ensures integrity to the gaming public,” she said.

From managing three employees as the director of compliance, to overseeing a team of 39 in her new role, her leadership skills are more important than ever. She’s constantly taking what she’s learned in the online classroom back to the office.

“The Program provides so many professional skills that can be used in any industry, not just a leadership capacity—really grooming you to be a professional,” she said. 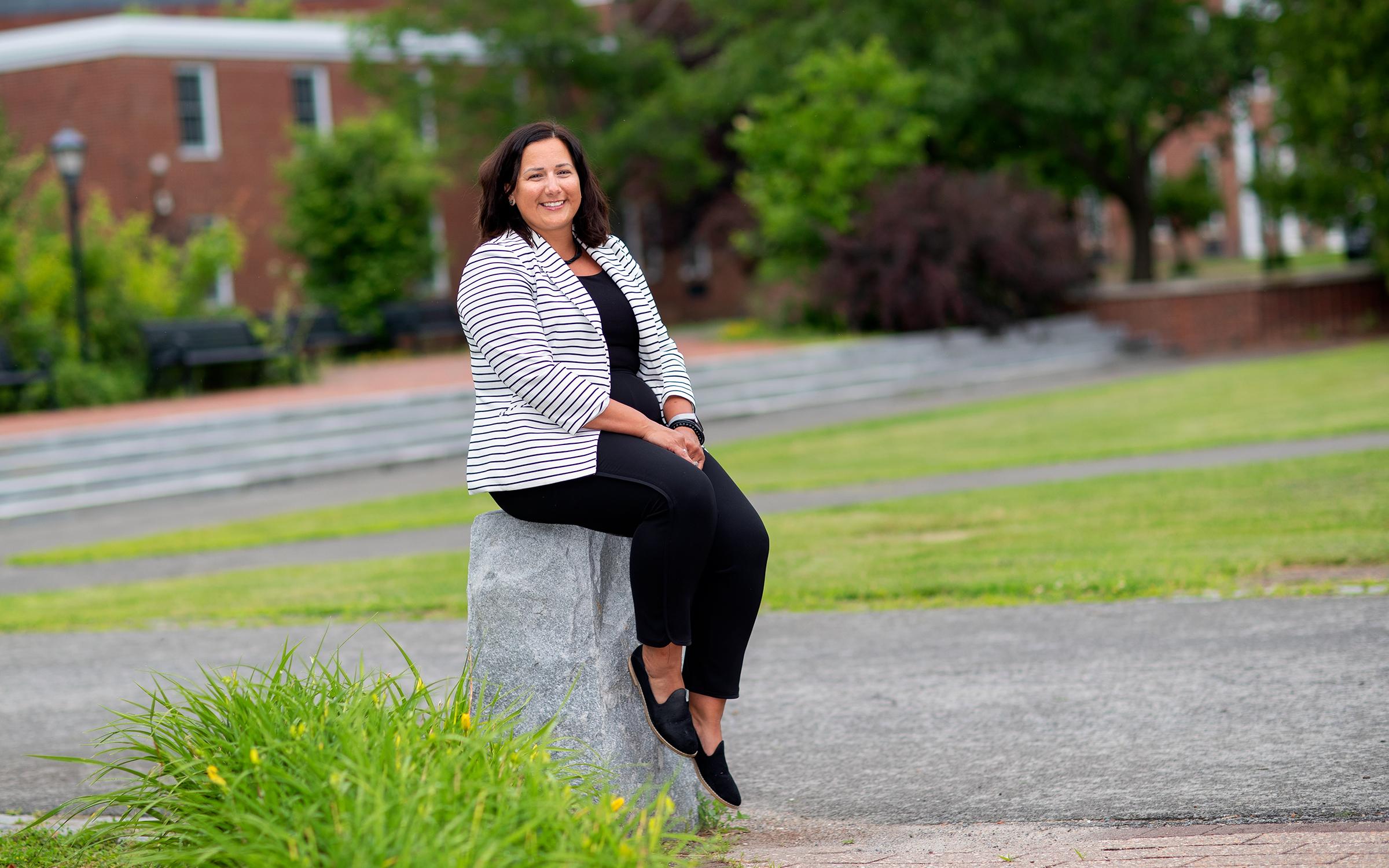 From Research Techniques with Dr. Anthony Betrus, and Project Development with Dr. Seon Levius, to Principles of Leadership with Dr. Karen Caldwell, each new class has been bolstering her professional career. “Principals of Leadership really changed everything. I’ve used almost every technique. We talked about philosophies behind leadership, and how I could better myself as a leader to be inclusive, and bring my managers along in the decision-making process, and improve productivity in the workplace,” she said.

Since the start, she has maintained a 4.0 GPA, while balancing her coursework with her full-time job. “It’s very convenient. My husband and I own a river cottage and you can only get there by boat, so I can just bring my laptop with me, and use my phone to grab the internet. I can really work anywhere. Anybody can do it, you shouldn’t be intimidated, especially if you’re an older student like me,” she said.

A mother of two, Benedict made the decision to pursue her master’s degree as her daughter transitioned from high school to college.

Education has been an important part of Benedict’s life. After attending Salmon River Central School in her youth, she enrolled at Cornell University to pursue a degree in architecture. After two years, she decided to go a different direction, and returned home to Akwesasne. She took a few classes at St. Lawrence College and the University of Ottawa before enrolling in the sociology program at SUNY Potsdam. With her degree in hand, she quickly secured a job in her field, as a social worker for the St. Regis Mohawk Tribe. When she returned from maternity leave, she completely changed course, and applied for a position at the casino—the first step toward what turned out to be a very successful career maintaining the integrity of gaming operations in Akwesasne.

“One thing for sure, when I became executive director of the St. Regis Tribal Gaming Commission, I thought I would work until I’m ready to retire, and that would be it. But in the future, I’d also like to do some consulting work, or start up my own consulting firm,” she said. “I’d like to take all of the knowledge that I’ve gained from tribal gaming, and also this grad program at SUNY Potsdam, and merge them together.”

To learn more about the Department of Business visit: https://www.potsdam.edu/academics/SOEPS/BusinessAdmin 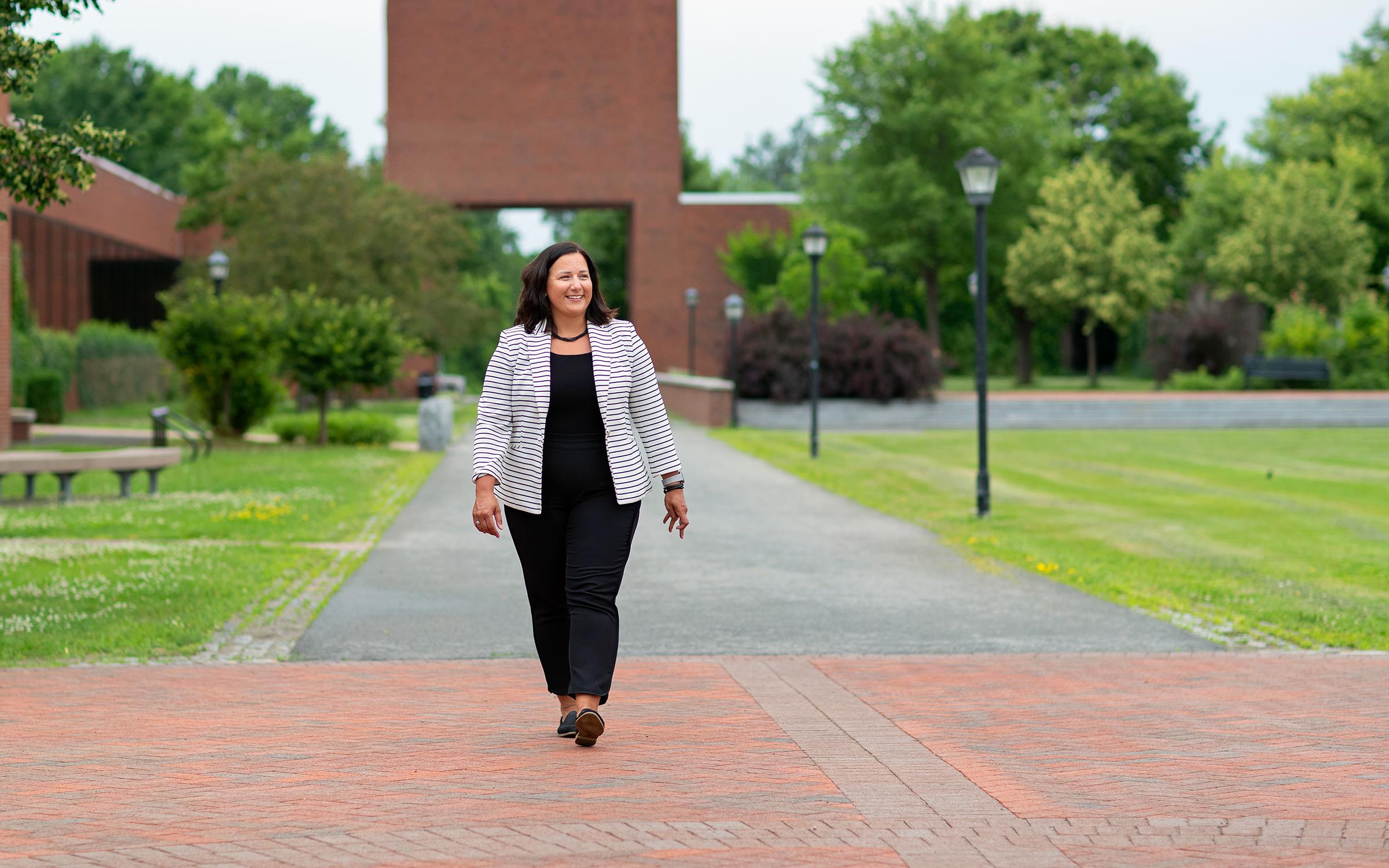