As one of 21 students working on independent research projects through the Presidential Scholars Program this year, Alexis Michael ’18, a double major in archaeology and history, took aim at an experiment that could change archaeologists’ theories about when Indigenous populations first used the bow and arrow in Eastern North America.

The consensus among most archaeologists is that the Madison point (triangle point) was the first projectile point used for arrows during the Middle to Late Woodland period (200 B.C. to 1000 A.D.). However, Michael is trying to prove that the Meadowood—a larger, heavier, more rounded stone with “ears” on the bottom that dates back to the Early Woodland period (1000 B.C. to 200 B.C.)—could have in fact been used as an arrowhead.

If that were the case, the bow and arrow could have been used for hunting during the Early Woodland period. “It would increase the possibility that the bow was introduced earlier than we believed it was,” Michael explained

“I’m really glad for this opportunity to do independent research while still as an undergrad. Not all colleges have these kinds of opportunities, so I’m really happy that Potsdam has a program like this.” 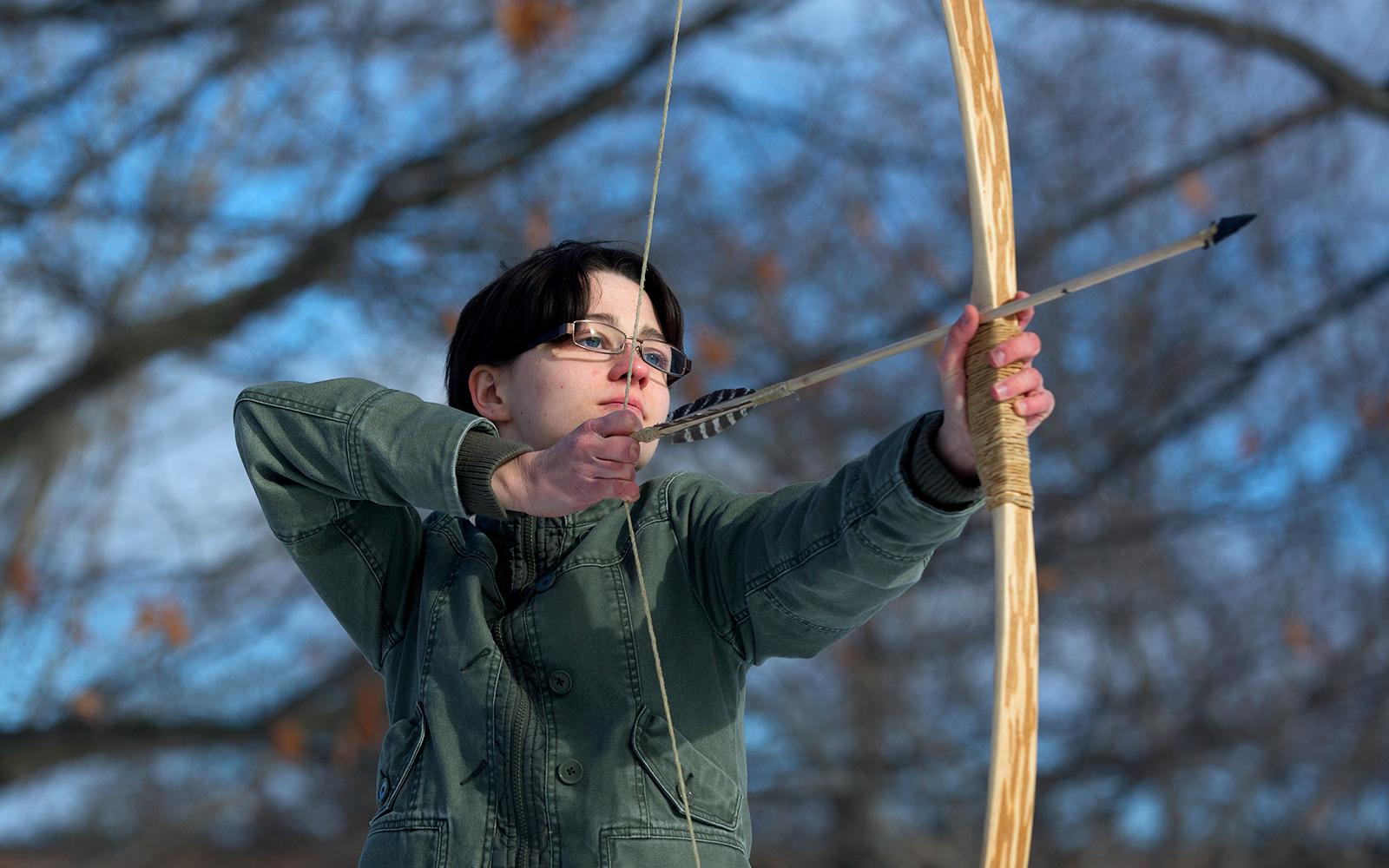 Michael started her research by taking measurements of the Meadowood point at the New York State museum in Albany. She then contacted Barry Keegan, a master flint napper in the area, who was able to construct accurate stone tip reproductions of the Meadowood and Madison points based on her careful measurements. Michael also had Keegan construct a historically accurate bow for her project.

Under the guidance of Associate Professor of Archaeology Dr. Timothy Messner, she set out to test her theory. Over the winter break, they collaborated to test the projectile points at Maxcy Hall. She fired the arrows into blocks of ballistic gel to measure and document the angle and depth of the arrowheads. “It’s similar to what CSI investigators use to test how bullets impact soft tissue,” Michael said.

With her experiment in the books, she’s now in the process of analyzing the data. Her initial findings indicate that the Meadowood points seemed to fly more consistently than the Madison Points—leading her to believe the Meadowoods were capable of being used as arrowheads.

As she continues to look at the results from her experiment, she will be preparing to share her findings at the Presidential Scholars Colloquium later this semester, capping the end of her two-year research project. “I’m really glad for the opportunity to do independent research while still an undergrad. Not all colleges have these kinds of opportunities, so I’m really happy that Potsdam has a program like this,” she said.

For more information about the Presidential Scholars Program, visit: http://www.potsdam.edu/presidentialscholars 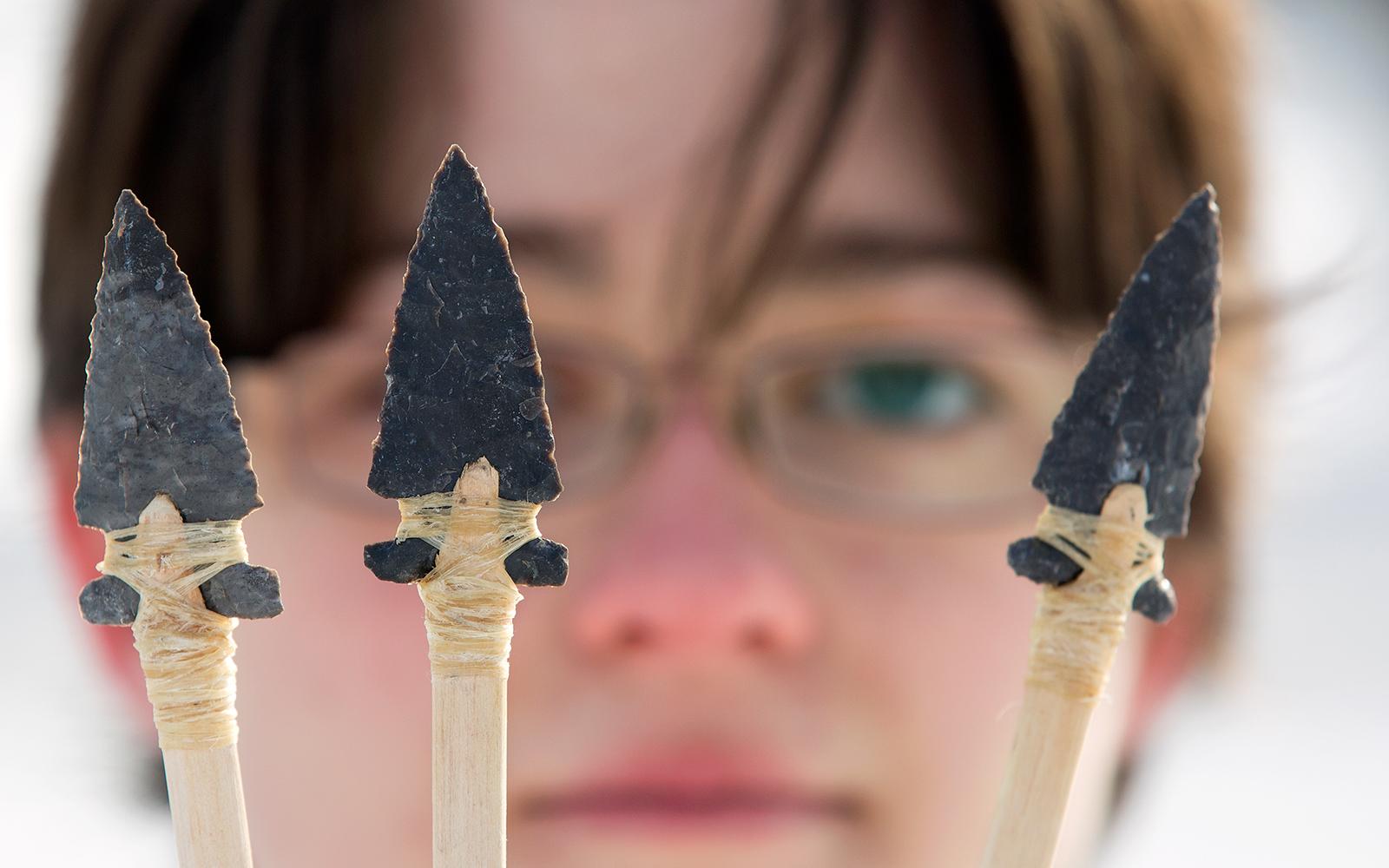