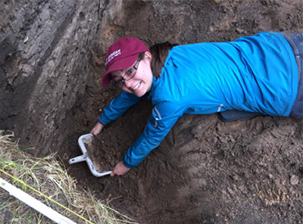 Title: Assessing the Early Entry of the Bow and Arrow in Ancient Eastern North America

Archaeologists divide the history of Eastern North America into three main time periods; the Early, Middle, and Late Woodland. The bow and arrow is currently believed to have been introduced to this area in the Middle-Late Woodland. I am testing the hypothesis that it was actually introduced in the Early Woodland. I will take replicas of a projectile point from the Early Woodland period called the Meadowood and put it through various tests to assess its effectiveness with a bow and arrow.