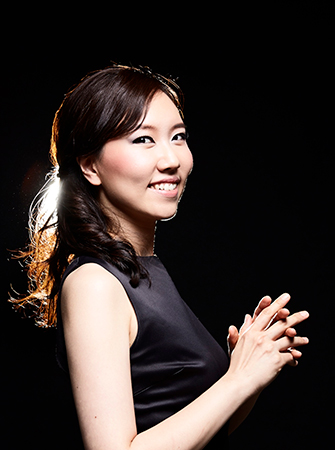 Praised for her “thrilling blend of fury and finesse” (San Antonio Express-News) and her “winning combination of passion, imagination, and integrity” (New York Concert Review), pianist YOUNG-AH TAK enjoys a remarkable career that has taken her throughout the United States, Canada, Austria, Germany, Italy, Korea, and Japan.

Ms. Tak received her Bachelor of Music from The Juilliard School; her Master of Music and Graduate Diploma from the New England Conservatory; and Doctor of Musical Arts from The Peabody Institute of Johns Hopkins University.  She studied principally with Leon Fleisher, Russell Sherman, Yong Hi Moon, Wha Kyung Byun, and Martin Canin.  She was a faculty member at the Preparatory Division of The Peabody Institute and Eastern University (PA).  Ms. Tak currently serves as an Assistant Professor of Piano at the Crane School of Music of the State University of New York at Potsdam, and she is an Artist-in-Residence at Southeastern University in Florida. 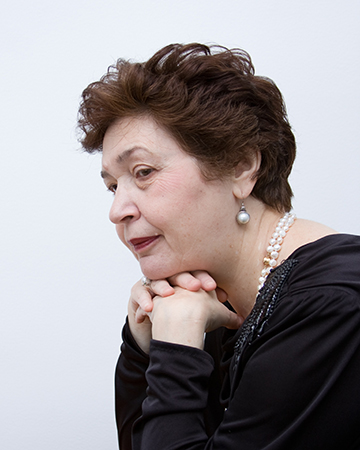 Eugenia Tsarov is a renowned Russian-born pianist, earned her Diploma with Distinction from the St. Petersburg State Conservatory of Music and previously taught piano and chamber music at the Gnessin Academy of Music in Moscow for 18 years. In 1968 she won the prestigious Soviet National Piano Competition and was appointed pianist of the Moscow State Philharmonic Society, the most prestigious concert management organization in Russia. Since immigrating to the US in 1991, Ms. Tsarov has continued her performing career with three tours of Spain, performances at the United Nations and the Merkin Concert Hall (NYC) along with performances throughout the Northeast, Texas, Vermont and Canada. Since 1994 Ms. Tsarov has been teaching studio piano, "The Art of Accompanying" Seminar and chamber music at Crane while maintaining a busy schedule of workshops and masterclasses. 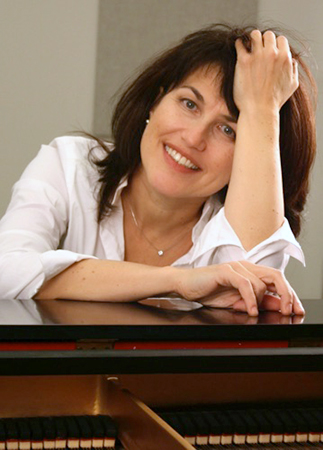 Mushkatkol is the founder and artistic director (since 2006) of the Vladimir Nielsen Piano Festival in Sag Harbor, N.Y. She was formerly a piano faculty member at Interlochen Arts Academy. She is a former visiting faculty member at the University of Illinois and Oberlin Conservatory. Mushkatkol studied at Lysenko Special Music School in Kiev, Ukraine. She completed her bachelor’s and master’s degrees with highest honors at the Rimsky-Korsakov Conservatory in St. Petersburg. She has also studied with Vladimir Nielsen. Mushkatkol completed doctoral work at the University of Illinois. She has been a Pre-College faculty member since 1998. 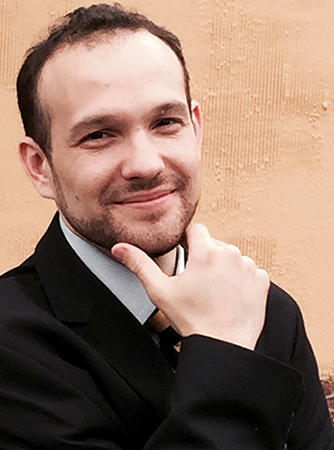 Hailed as “an impressive performer in his own right...impassioned, hypnotic, insightful...superb tonal control” by the New York Concert Review, and as a “prodigy…Rojas, the piano and the music become one” by the Los Angeles Times, Dr. Erikson Rojas, has given numerous solo and chamber performances in the U.S., Europe, and Latin America, including eight appearances at Carnegie Hall. In each case, he has also been featured as soloist with orchestra. His recordings have obtained critical acclaim, and as a teacher, lecturer, and church musician, he continues to gain distinction amidst high demand.

Dr. Rojas is honored to have been one of five Americans and the only Hispanic in 30 pianists selected worldwide to participate at the Cleveland International Piano Competition. He has won the Ambler Symphony Orchestra Competition, the Outstanding Young Christian Artists Competition, Cuba’s Amadeo Roldán and UNEAC Competitions, among others. A pupil of the legendary Leon Fleisher (5 years), Dr. Rojas is a graduate of Peabody Institute (M.M., G.P.D.), where he also studied conducting privately with the eminent conductor Gustav Meier. Prior to Peabody, he studied piano with Madame Eleanor Sokoloff at Curtis Institute of Music, and with Distinguished Professor Samuel Hsu at Cairn University (B.M., B.S.), where he also learned organ under Robert Carwithen. Other lessons and masterclasses in piano were with Claude Frank, Gary Graffman, Seymour Lipkin, John Perry, Ilana Vered, Sasha Starcevich, Pavlina Dokovska, Susan Starr, Jorge Luis Prats, Charles Abramovic, and Paul Hoffmann. As a scholarship student of Min Kwon and Juilliard’s Martin Canin, Dr. Rojas earned the Doctor of Musical Arts degree from Rutgers University's Mason Gross School of the Arts.

Performing frequently in the U.S. and abroad, Dr. Rojas is often invited as guest artist in music festivals and competitions. He is on faculty at Palm Beach Atlantic University and Csehy Summer School of Music. He also serves as Pianist of the Choral Society of the Palm Beaches and as Music Minister at Royal Palm Presbyterian Church in Southeast Florida, where he resides with his beloved wife Diandra.