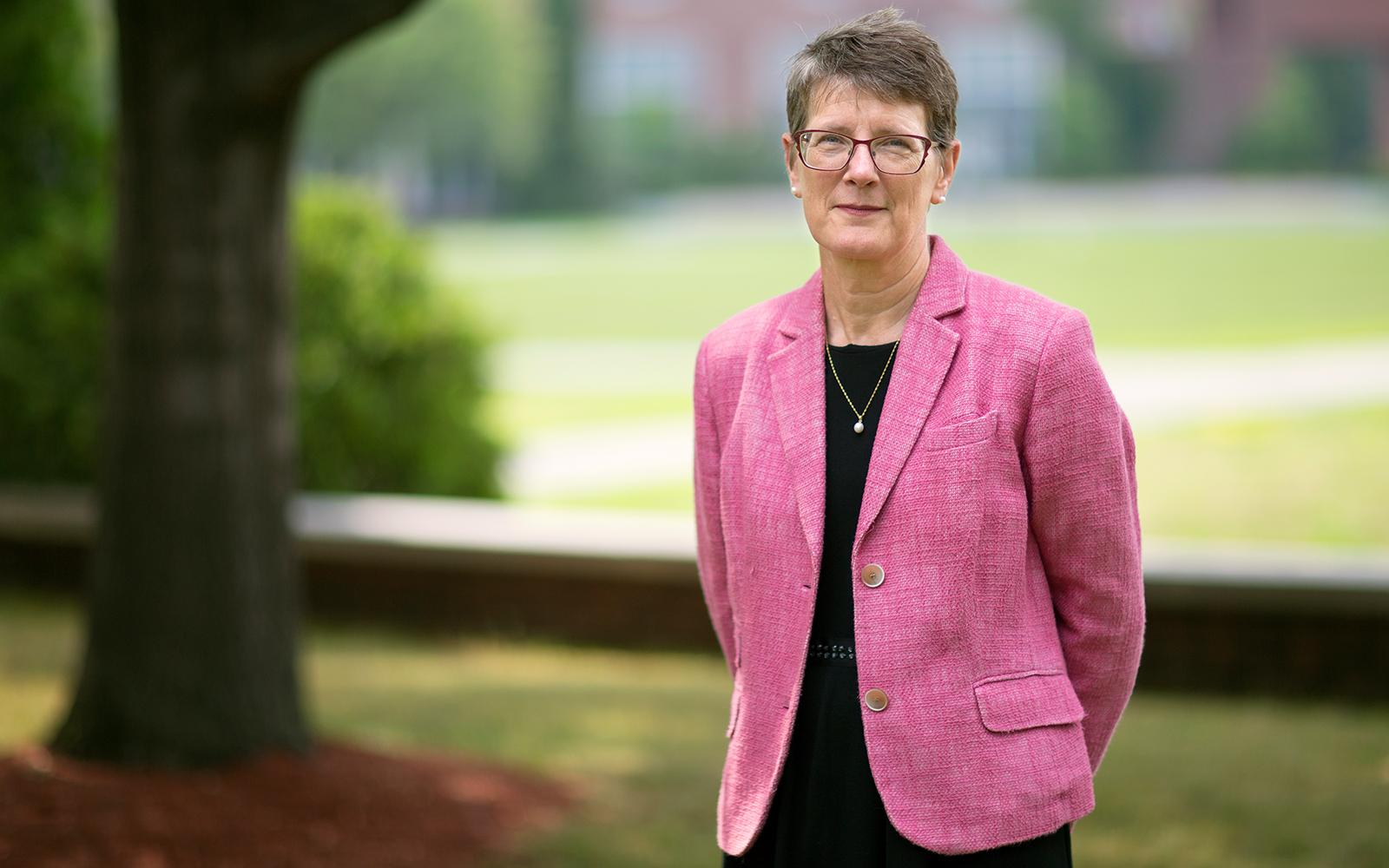 Dr. Kristin G. Esterberg is the sixteenth president of The State University of New York at Potsdam.

SUNY Potsdam President Dr. Kristin G. Esterberg announced today that she has accepted a position as Chancellor at the University of Washington Bothell. Following seven years of dedicated leadership, Esterberg is set to depart Aug. 31, as she prepares to assume her new role in the fall.

“It has been an extraordinary privilege to lead SUNY Potsdam over these last seven years, and I am extremely proud of the work we have done together. To the talented faculty, staff and administrators, I am grateful for all of your efforts to serve students and our community. It has been a privilege to work with and beside you. To our alumni, it has been a deep pleasure to come to know you and to hear your Potsdam stories. I treasure the times we have shared. And to our creative and talented students, serving you has been a deep honor. Please know that I will continue to watch your successes from afar,” Esterberg said.

Since her appointment as SUNY Potsdam’s sixteenth president in 2014, Esterberg has worked to build a more inclusive campus community and provide transformational experiences to all students. Under her leadership, the College completed a $33.5 million comprehensive campaign and secured a historic $5.25 million gift to support faculty efforts to expand applied learning experiences for students.

“We wish Dr. Esterberg every success in her new endeavors and thank her for her dedicated leadership and devotion to SUNY Potsdam over the past seven years. We look forward to celebrating her service in the coming weeks,” said College Council Chair June O’Neill (Hon. ’99).

Esterberg’s leadership roles within the SUNY System include co-chairing the SUNY Racial Equity Action Plan Work Group on the role of the chief diversity officer, and the SUNY Global Learning for All Task Force. A member of the Sexual Violence Prevention Task Force and the SUNY Diversity Task Force, she has served as honorary co-chair for Spectrum, a national conference aimed at combatting sexual violence against LGBTQ members of college communities.

At the national level, Esterberg serves as a board member of the American Association of State Colleges and Universities (AASCU). She is a mentor for the Millennium Leadership Initiative, where she also serves on the Executive Steering Committee. An active member of the local community, Esterberg co-chaired the Village of Potsdam’s Local Planning Committee for the $10 million Downtown Revitalization Initiative and serves on the board of the Associated Colleges of the St. Lawrence Valley.

Prior to coming to SUNY Potsdam, Esterberg served as provost and academic vice president at Salem State University and as deputy provost at the University of Massachusetts Lowell. She earned her bachelor’s degree in philosophy and political science at Boston University, before earning her master’s and Ph.D. in sociology from Cornell University. She is the author of three books and numerous articles, and her research centers on gender and sexuality, social identities, research methodology, and social organization and change. To learn more, visit https://www.potsdam.edu/about/leadership/office-president.