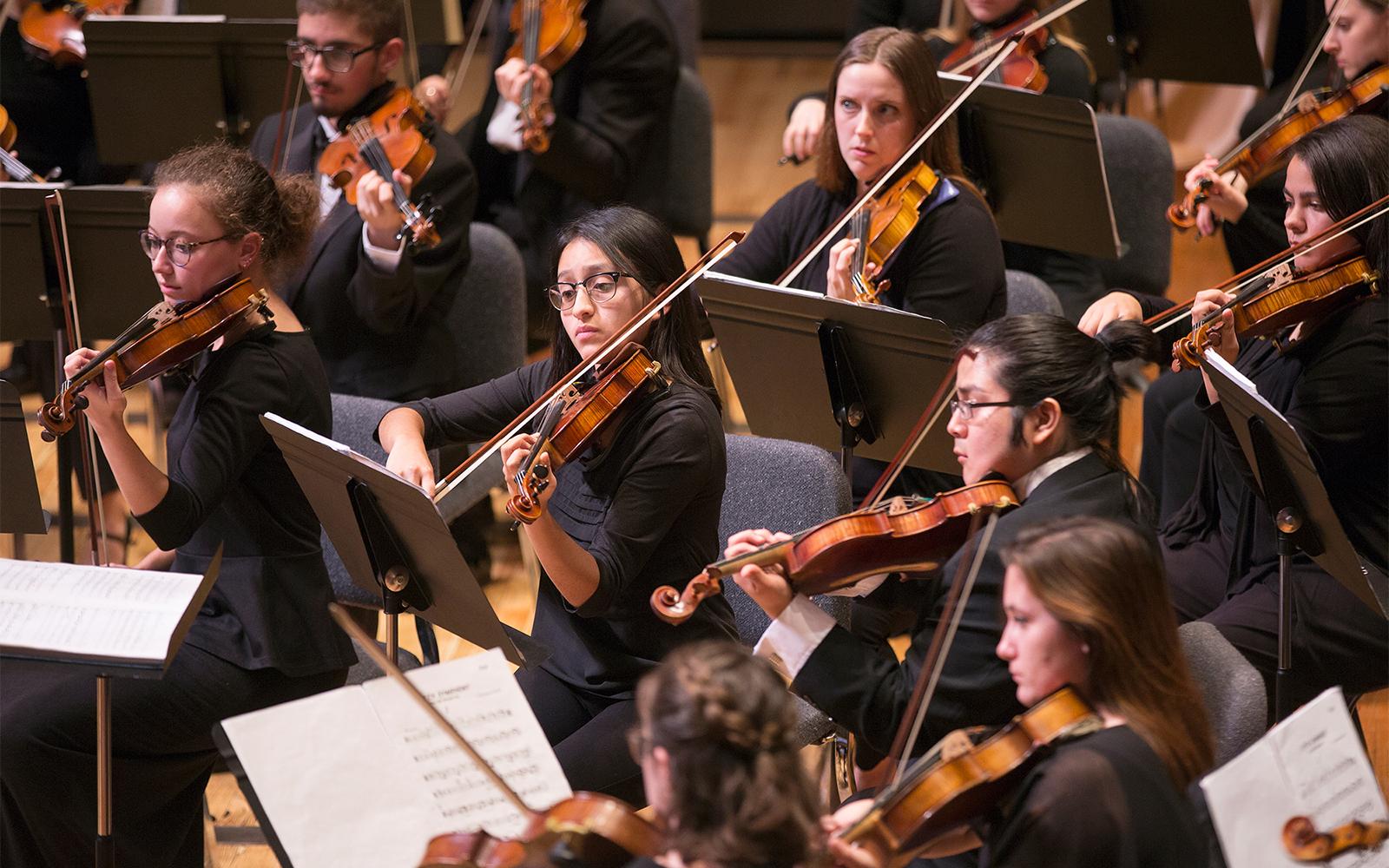 The Crane Symphony Orchestra at SUNY Potsdam’s Crane School of Music will present the works of Ludwig Van Beethoven and George Gershwin on Tuesday, April 9 at 7:30 p.m. in the Helen M. Hosmer Concert Hall.

Directed by Joel Schut, the Crane Symphony Orchestra will open the performance with Symphony No. 7, Op. 92 in A Major (1812) by Ludwig Van Beethoven and conclude with “An American in Paris” (1928) by George Gershwin.

The Crane Symphony Orchestra is one of the first university orchestras to perform the new 2016 Critical Edition of Gershwin's composition, “American in Paris.” This edition, led by Dr. Mark Clauge, was made possible through a collaboration between the George Gershwin Estate and the University of Michigan Gershwin Initiative. This new edition presents Gershwin's originally penned soundscape which is paired back with sounds more akin to early jazz than the often-heard romanticized Hollywood scoring used in the 1951 film by the same name. The work also features four custom taxi horns brought to Potsdam for the performance on generous loan from the University of Michigan collection.

Founded in 1886, SUNY Potsdam’s Crane School of Music has a long legacy of excellence in music education and performance. Life at Crane includes an incredible array of more than 300 recitals, lectures and concerts presented by faculty, students and guests each year. The Crane School of Music is the State University of New York’s only All-Steinway institution.