When she was still in high school and trying to choose a college that would meet her needs, Nicole Weed ’20 quickly settled on SUNY Potsdam.

“I was mostly looking at SUNY schools, and I ended up coming to SUNY Potsdam because of the anthropology department—that’s where I really wanted to study,” she said.

Weed found herself in a supportive environment that fostered independent thinking and provided an abundance of research opportunities. Advanced research opportunities normally reserved for graduate students, are instead the cornerstone of undergraduate education in the Department of Anthropology.

“I think the professors are outstanding! The way the campus really pushes independent research and furthering yourself is really unique for undergraduates,” Weed said. 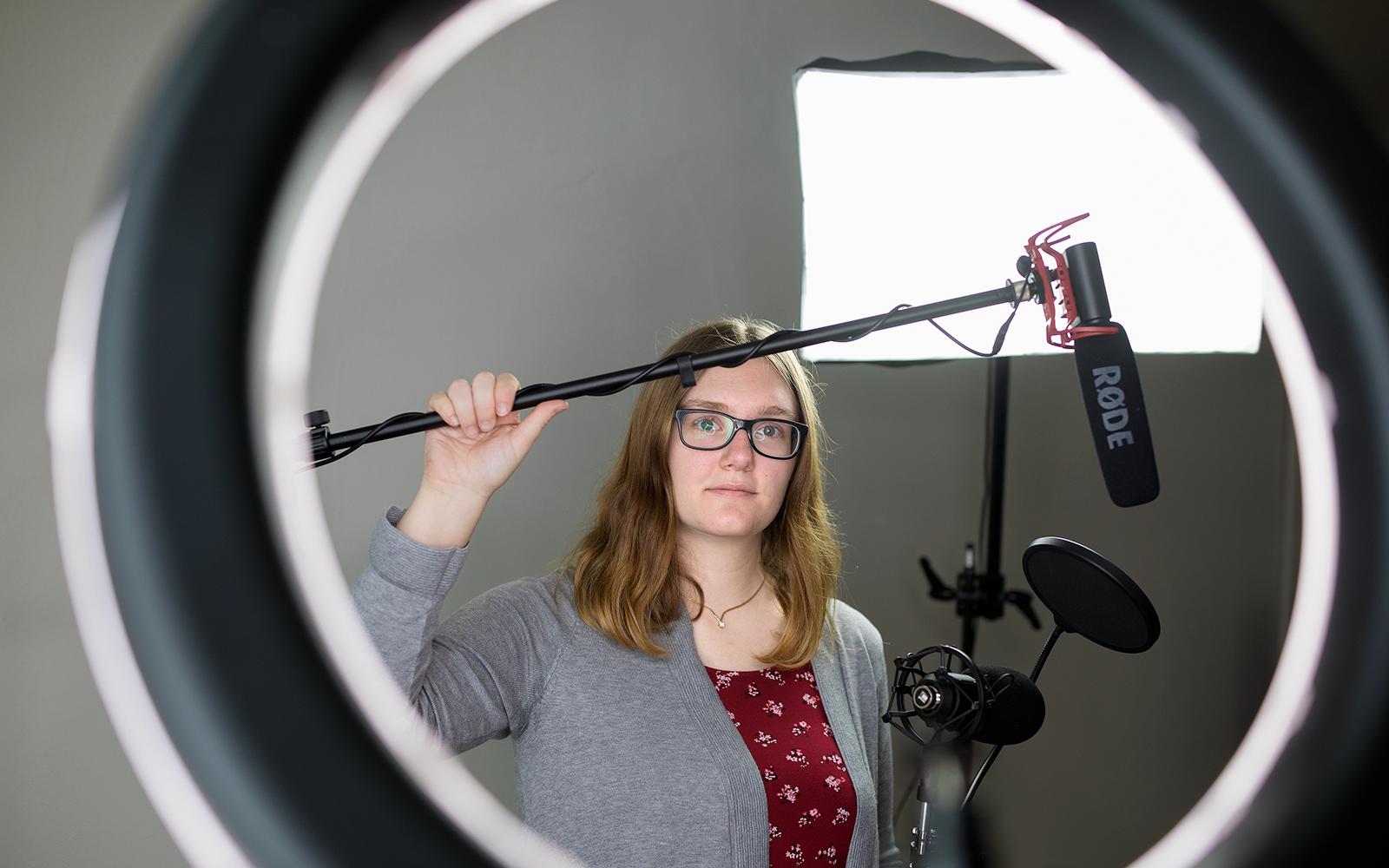 During her first semester, Weed took a cultural anthropology class with Dr. Faris Khan where she produced an ethnographic short film about the transition from high school to college by interviewing students about their experiences at SUNY Potsdam. The film premiered during the department’s inaugural Anthropology Film Festival in 2017. After the success of that project, she landed a digital anthropology internship with Khan, with the goal of making anthropology more accessible to people outside the world of academia.

“One of our projects was to create a video about all of the sub-fields of anthropology, using actual interviews with the faculty in the department,” Weed said. “It was a wonderful opportunity to learn some hands-on skills like video editing. I had to coordinate most of the interviews that we had, so I got a lot of experience from that. Almost everything we did had a physical product at the end,” she said.

During her first semester she also took a course with Dr. Lydia Rodriguez, an assistant professor of linguistic anthropology, who later asked her to join her research team and is now her faculty mentor for a research project through the Presidential Scholars research Program.

“Dr. Rodriguez is great! She has been the one professor who has helped me in just about everything that I have done. She’s kept me on track and really oversaw the whole Presidential Scholars project,” Weed said.

Weed’s research has been looking at how technology has affected language and communication over time. By first examining letters, postcards and telegrams—and then conducting interviews with people of different ages—she has been able to explore how people’s interpersonal connections change when they can’t communicate face-to-face. 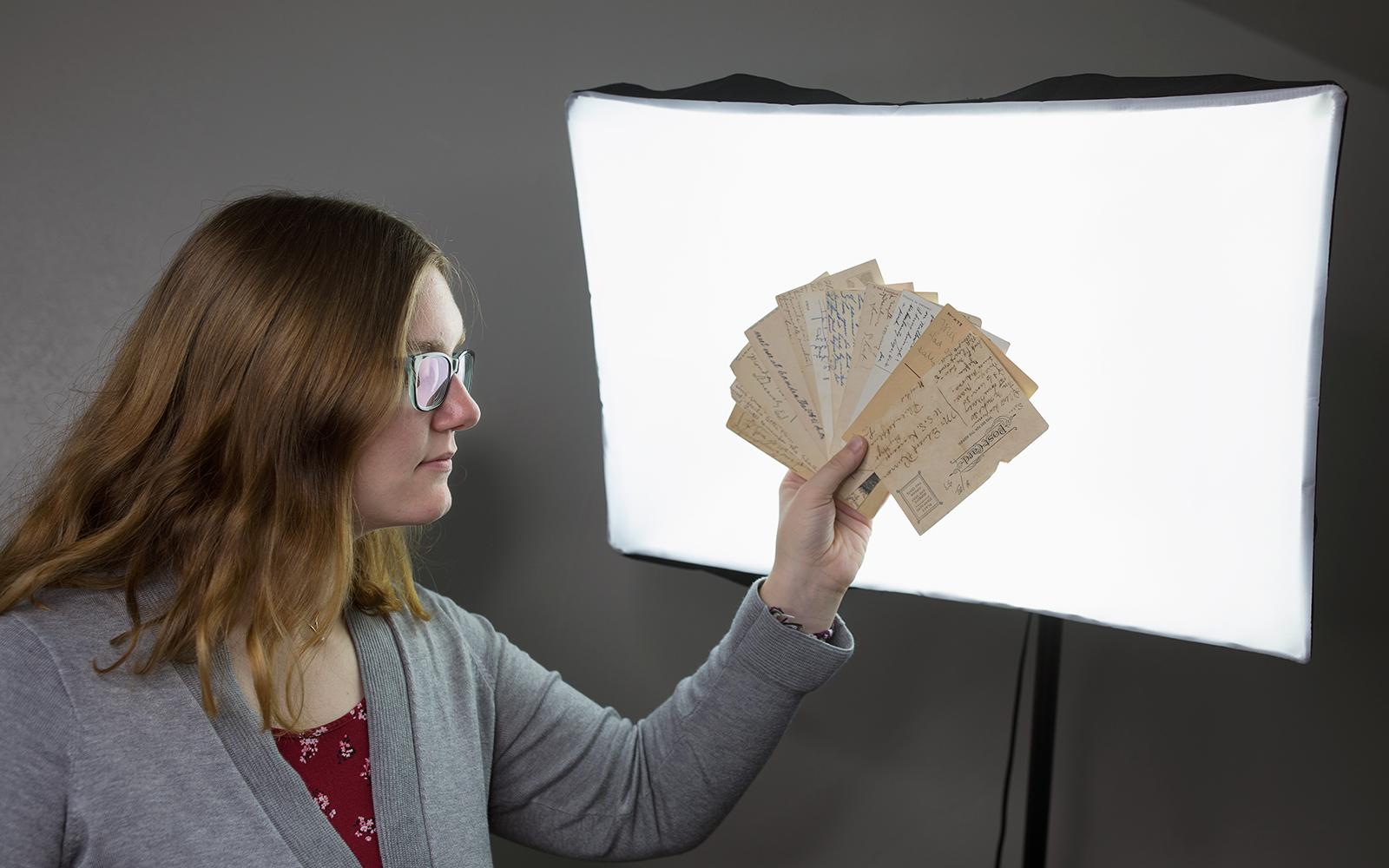 “I’ve really loved the campus and the Department of Anthropology because it’s small enough that most people know each other but large enough that there are still so many opportunities.”

“I’m studying how language has developed alongside technology and how language has changed with technological advances as people travel farther and farther apart,” Weed said. “Because you can’t see a person’s face, or in many cases, you can’t hear their voice, you don’t know their tone, and so how does that impact you?”

She will be conducting 12 to 15 interviews in the coming months and asking her subjects a range of questions about how technology has affected their ability to communicate effectively. Next semester she will present her research at the Learning & Research Fair, the Presidential Scholars Colloquium, and then she hopes to present her work at the Northeastern Anthropological Association conference in New Jersey.

Her hands-on learning opportunities continued this semester during Dr. Timothy Messner’s class on the archaeology of New York State. Messner has been bringing his students to Lehman Park to examine ancient methods for cooking by using boiling stones. Weed hollowed out pumpkins, filled them with water, and then used heated rocks to boil the water. The method not only cooks the pumpkin from the inside, but also any other food placed inside the orb.

“We were able to cook in this ancient way. And then, when the fire cooled down, you could scrape everything aside and see the rocks that would be found in actual archaeological dig sites—where the rocks were cracked and showed the red of being burned,” Weed said.

With just one year left at SUNY Potsdam, Weed is looking to the future. She plans on pursuing a graduate degree in anthropology and she hopes to one day be a professor of linguistic anthropology like her mentor, Dr. Rodriguez.

For more information about the Department of Anthropology, visit: https://www.potsdam.edu/academics/AAS/depts/Anth