Making an Impact in Africa

With the goal of eliminating violent extremist organizations (VEOs) in West Africa, Joseph Bovee ’23 embarked on a nine-month-long deployment this spring with the U.S. Army Reserves. As a Civil Affairs Specialist, he has been engaging with local communities in Niger—using humanitarianism as a tool to thwart terrorism throughout the region.

“We’re in the eye of the storm. There’s a lot of VEO activity in every country around us,” Bovee said. “But because of the base being built here in Agadez, and the influence we have, it kind of keeps it out of our region, which is our job.”

Dusty and dry, with temperatures regularly topping out over 100 degrees, Niger is not for the faint of heart. As one of the hottest and poorest countries in the world, it sees a high birthrate, averaging seven and a half children for each woman, as well as the constant threat of terrorism. With all the environmental and social challenges, Bovee has been traveling outside the base to form relationships with the community to bolster the economy. “We use humanitarian assistance as a tool to raise the economic level and the social status of the population, so they don’t succumb to violent extremist organizations and terrorist groups,” Bovee explained. 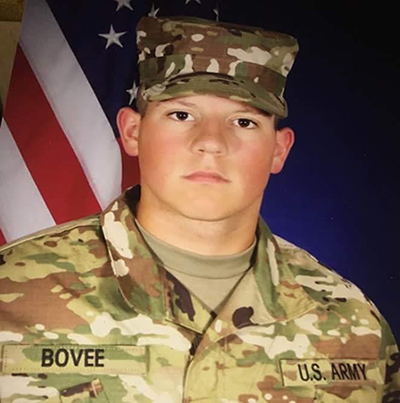 Unlike the images portrayed in the movies like “Black Hawk Down,” with the military taking heavy fire from combatants, Bovee’s role is more in line with that of a peacekeeper. “It’s very conceptual as a job. We focus on infrastructure projects, stabilizing and building up their government, and legitimizing their military,” Bovee explained. “The saying, ‘You give a man a fish, you feed him for a day, teach a man to fish and feed him for a lifetime,’ that cliche, that’s kind of what we’re doing out here.”

In his effort to form partnerships with local populations, Bovee has been providing residents with care packages—everything from toothpaste, bug spray and diapers, to over-the-counter medicine and clothing. He has been looking to U.S. families and businesses for support. “Even if it’s unneeded clothes that people back home don’t want, if they send them out here in a care package, it will go to African children. I send pictures back to anyone who donates, it just helps us get our job rolling a little bit better,” he explained. “We give out the aid as an ice breaker to meet new people, but then once we’ve established those relationships, we go in, and we try and fix their infrastructure. We get a well dug in their city so they don’t have to spend eight hours a day getting water. Kids can go to school instead, so they improve as a society.”

Care packages with shelf-stable items such as toothpaste, toothbrushes, hygiene kits, lotion, bug spray, over-the-counter medications, diapers, and clothing can be sent to Bovee at:

His civil affairs unit has also been empowering the local military, the Action Civil‐Militaire, to carry out similar initiatives throughout the country. Because of risk factors, Bovee is confined to a 15 kilometer bubble around the base, but his counterparts in the Nigerien Army emulate their efforts over an expanded range. “We established a civil affairs type element into their army, so that they can go out and reach villages that are farther out,” he said. “For example, on Monday, they went out 200 kilometers to a village and distributed 2,500 kilograms of rice, prayer mats and buckets.” 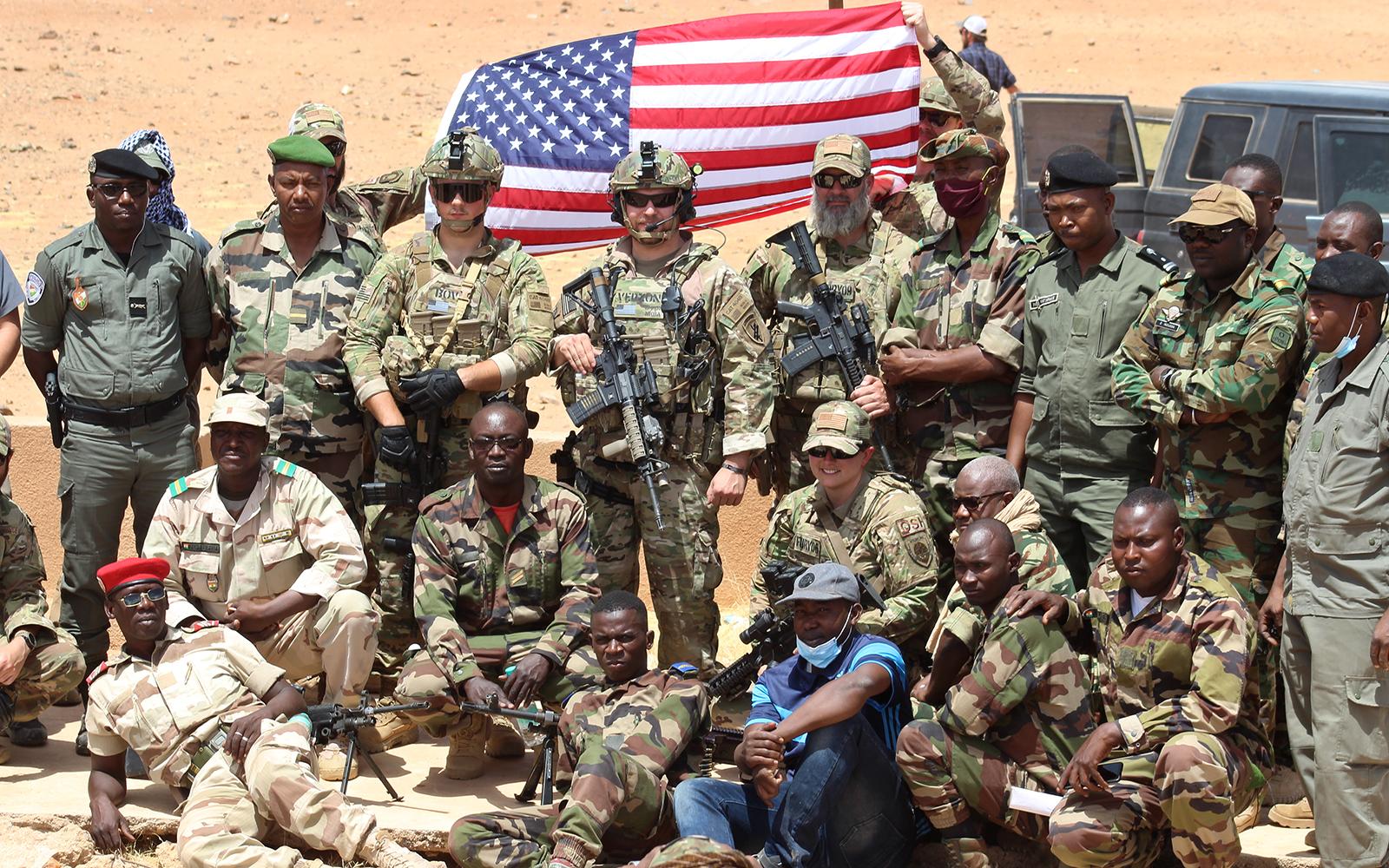 Bovee joined the U.S. Army Reserve back in 2016 after his first year at Adirondack Community College. His friend had returned from basic training, and during a welcome home party, he shared his experiences with Bovee, who was immediately intrigued. “I literally walked down the next day and enlisted. No real prior thoughts about it. I didn’t grow up in a military family. It was never part of my life until my buddy came back,” Bovee recalled.

His obligations with the Reserves, which requires training just one weekend a month, has allowed him to focus his college career. In the spring of 2018, Bovee enrolled at SUNY Potsdam to pursue a degree in exercise science. “The reason I chose SUNY Potsdam was because of the exercise science program. It’s very adaptable. You can do internships and it’s very hands-on with a lot of labs. There’s a lot of learning where you can apply your skills, rather than being judged by how you perform on paper, or on a test,” he said.

Over the past two years, Bovee has worked closely with Tanya Hewitt, chair for the Department of Public Health & Human Performance at the College. As his advisor and professor for multiple classes, she has been an extremely positive influence on his academic and career path. One of those courses was a hands-on personal training class taught at Maxcy Hall. “With my background, I’ve studied for the personal training certification on my own, so when I took personal training with Tanya, I already knew a lot, and she didn’t put me in the bubble with every other student. She took into account what I already knew, and went from there. She’s very knowledgeable and she’s really helped me out,” he said.

This fall as he completes his deployment in Africa, Bovee will be taking online classes, before returning to campus in the spring of 2022 to finish his degree. He plans to also join the Army ROTC program, allowing him to advance within the Army, and become a commissioned officer when he graduates in the spring of 2023. Balancing his passion for exercise science and the military, he has his sights set on one day opening his own gym while continuing his military career, either with the U.S. Army Rangers or the National Guard Special Forces.

For more information about the Department of Public Health and Human Performance, visit: www.potsdam.edu/academics/SOEPS/department-public-health-and-human-performance