Scott Elliott ’21 has always wanted to be a teacher.

Recently retired from the U.S. Army, he’s turning that dream into a reality while pursuing a graduate degree in SUNY Potsdam’s childhood education program offered in Watertown.

“I decided to take the plunge this fall and start the MST (Master of Science in Teaching) program in childhood education. My experience so far has been very good! They throw a lot at you, which is what they’re supposed to do. So, I’m enjoying the challenge and being back in a classroom setting and having people around me who I can talk with, bounce ideas off of and interact with,” Elliott said.

“There are 12 or 13 of us who are at the same stage in the MST program. It’s nice to have that support group and that cohort around you.” 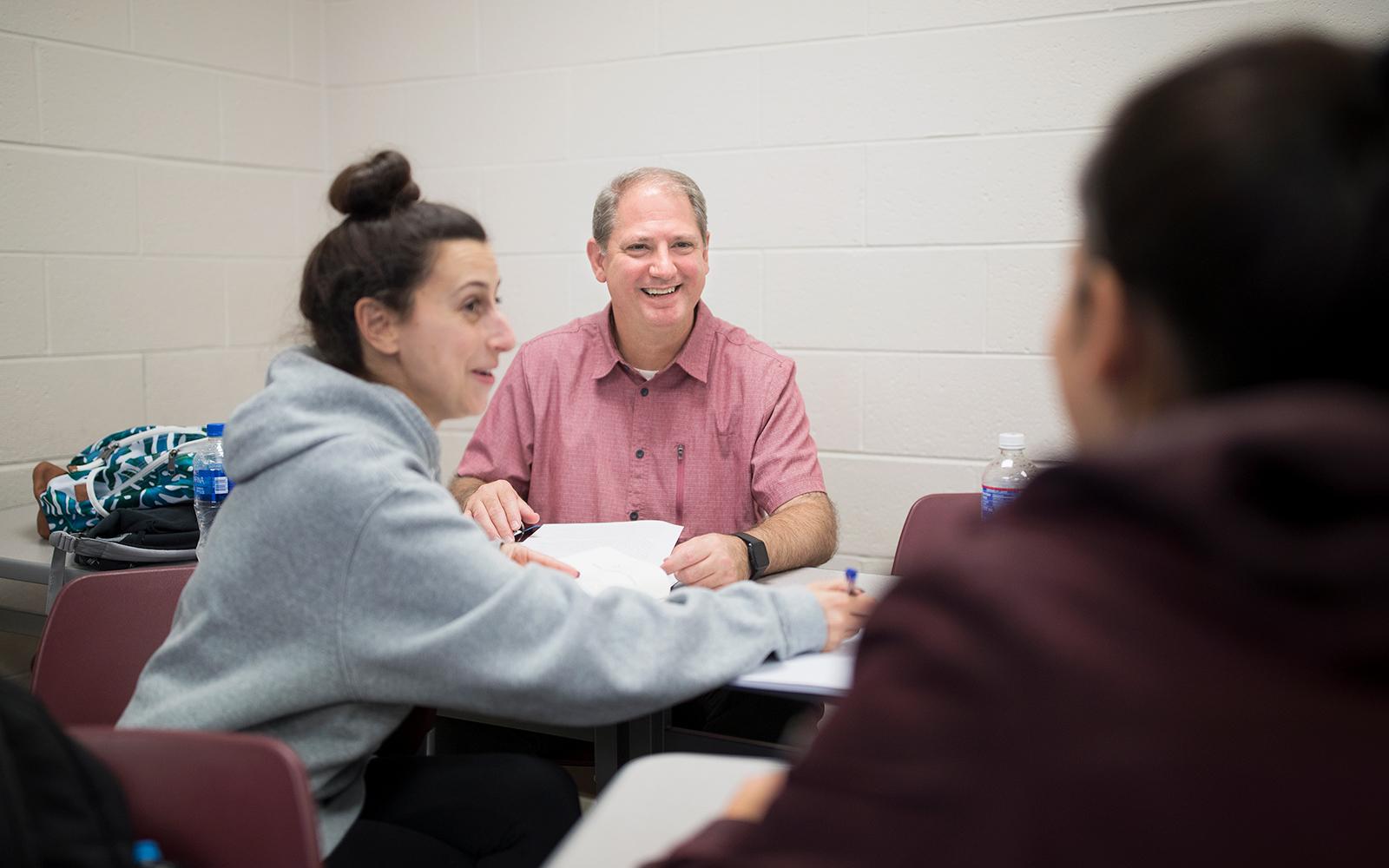 Elliott is used to working with people in a collaborative setting. For nearly 22 years, he served in the U.S. Army Band. With a specialization in jazz, he traveled the world playing both the saxophone and clarinet to improve relations with other countries, while stationed in Panama, Japan and Iraq.

“Our mission included playing ceremonial music for the military and for the civilian population of the military base. But our main function, in Japan especially and in Panama, was bilateral relations between us and the host country. We’d play festivals, special events and other concerts for the public—we were kind of the musical ambassadors of the United States,” Elliott said.

In Iraq, his focus shifted toward supporting the troops. He played in the military band, a woodwind quintet, jazz trio, Celtic band, Dixieland band and the larger ceremonial band.

Primarily stationed at Camp Liberty, a complex of bases in Baghdad, he regularly traveled with his cohort of musicians to the Army’s Forward Operating Bases. Elliott, in full military dress, would travel by Mine-Resistant Ambush Protected vehicles, specifically built to withstand blasts from IEDs, to the smaller bases throughout Iraq where he played for the troops. At other times, he traveled by helicopter. “You’re more exposed. There were a few times that we were in the air and we were taking evasive maneuvers because we were being fired at by RPGs,” Elliott said.

Now he’s back on U.S. soil, with three Meritorious Service Medals and real-world experience that will bolster his efforts to become a teacher. As he looks to the future, he brings numerous leadership experiences with him, including overseeing logistics and supplies for the Army Band and leading diversity training as the equal opportunity representative. He took on another leadership role as a Master Resiliency Trainer, helping soldiers deal with traumatic events. After spending two weeks with professors in the University of Pennsylvania’s Positive Psychology Department, he led training events for his unit and other soldiers at Fort Drum.

“I did a lot of hands-on training in education in the Army as part of my job. I always enjoyed that.  As the Master Resiliency Trainer, I was teaching people how to bounce back and bend, not break,” Elliott said.

Now he’s preparing to teach a completely different group of people—elementary school children. This semester, he is taking three courses at SUNY Potsdam’s Watertown extension site on the campus of Jefferson Community College. These classes are offered in the evenings, ideal for the non-traditional student who works during the day.

When Elliott was looking for the right school to meet his needs, SUNY Potsdam stood apart from the rest. With faculty members like Victoria Hayes, one of his favorite new professors in the program, he already feels comfortable in the childhood education program. “I enjoy her teaching style and how she uses the Socratic method a lot,” he said. “I’m glad to be here and I’m really excited about the program, as well as moving onto the next phase, which is actually teaching.”

To learn more about  the MST program in childhood education, visit:  https://www.potsdam.edu/academics/SOEPS/teacher-education/programs-study/mst-childhood-education 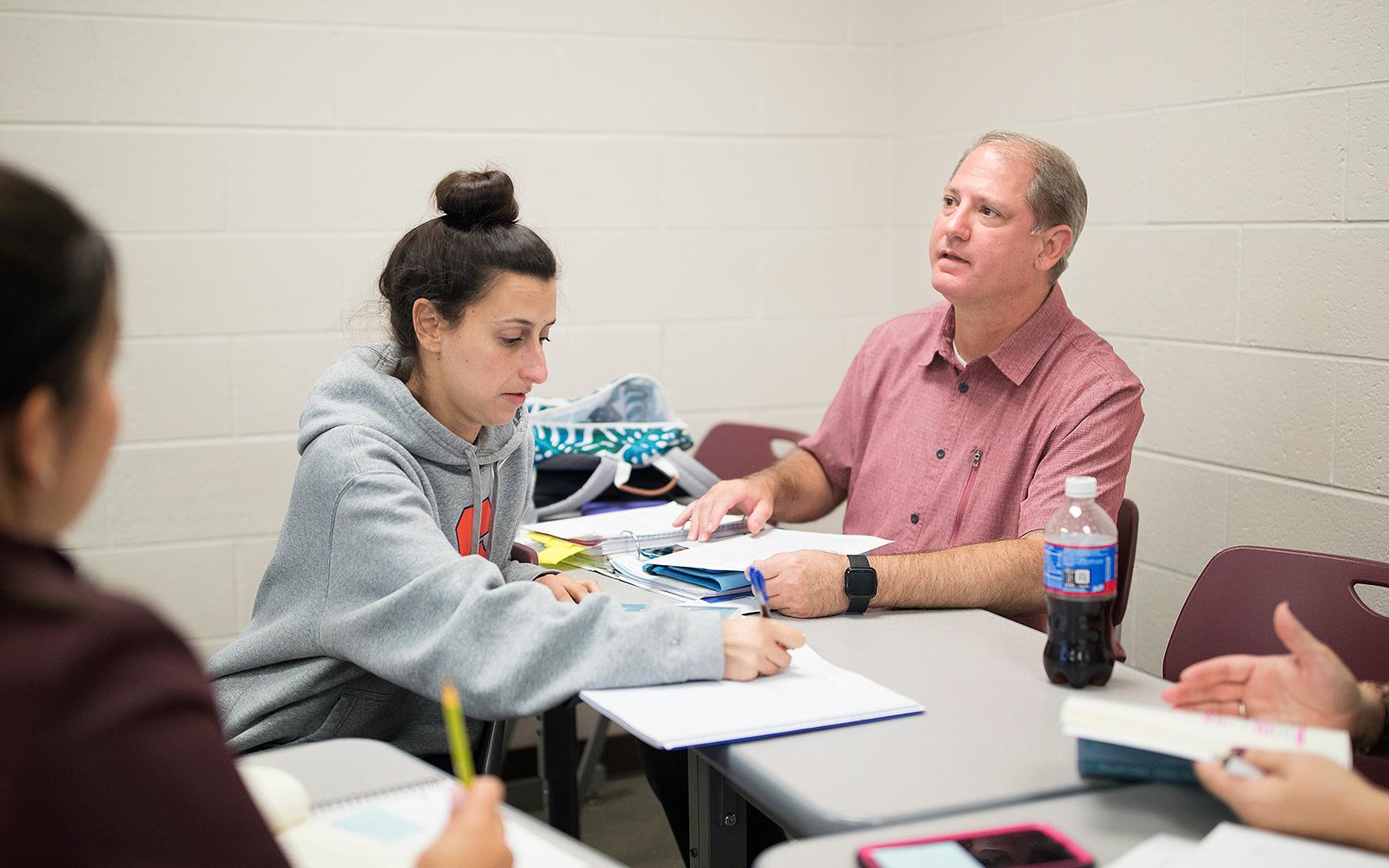